"Agar acid milta hi nahi toh bikta bhi nahi." Meghna Gulzar's Chhapaak forces us hard to think about this statement a thousand times in our minds and question humanity. After delivering two acclaimed hits Talvar (2015) and Raazi (2018), Meghna explores yet another realistic subject of acid-attack cases in India with Chhapaak. Starring Deepika Padukone as Malti Agarwal and Vikrant Massey as Amol Dixit, Chhapaak not only establishes an emotional connect with the audience but also makes each and every one salute the spirit of acid attack survivors. Recommended Read: Exclusive: Meghna Gulzar reveals whether Ranveer Singh has watched 'Chhapaak' or not, says Deepika Padukone was her only choice for the role of Malti!

The film begins with the 2012 Nirbhaya rape case and how everyone in Delhi is fighting for justice but no one is caring much about acid attack survivors and their struggle. You get introduced to Malti (Deepika Padukone) who is trying her level best to bring justice to every acid attack victim in the county. Next up, she meets Amol who not only offers her a job at his NGO but also helps her at every stage of her unpleasant life. The story follows two parallel timelines that keep jumping between Malti's present and her awful past. Fifteen minutes into the film and you get to see a glimpse of the distressing acid attack incident on Malti. What follows next is Malti's fight for justice and how she manages to get over the horrific incident with her confidence, high spirit and determination.

Even though Chhapaak boasts a strong storyline, there will be points in the film that will feel too blank for a story this heart-wrenching. It will induce several emotions in one scene but none at all in others. The one thing that Chhapaak lacked to carry was balance. 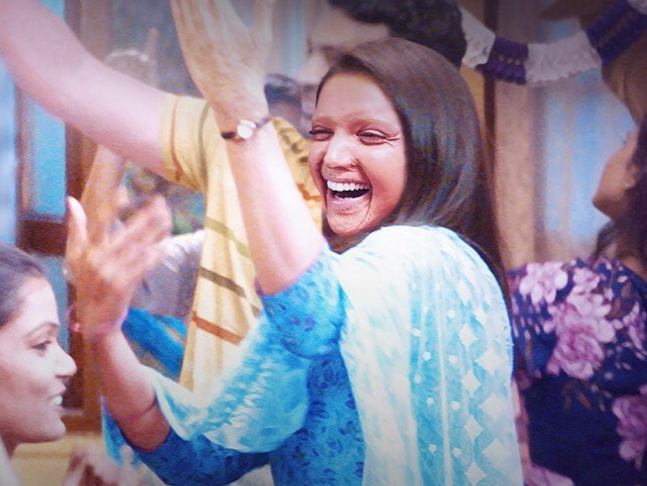 Deepika as Malti will not bring tears in your eyes but will make you smile with pride. She will not ask for sympathy but only justice. The actress managed to deliver a convincing performance but somewhere lacked relatability. Having said that, one cannot take away her near-perfect physical transformation into Laxmi Agarwal. Deepika's expressions and dialogue delivery could have been more realistic. Vikrant as Amol, on the other hand, was surprisingly good. His role was impactful and natural. The supporting cast of the film delivered impressive performances. Madhurjeet Sarghi as Malti's lawyer and Ankit Bisht as her boyfriend Rakesh did justice to their parts. 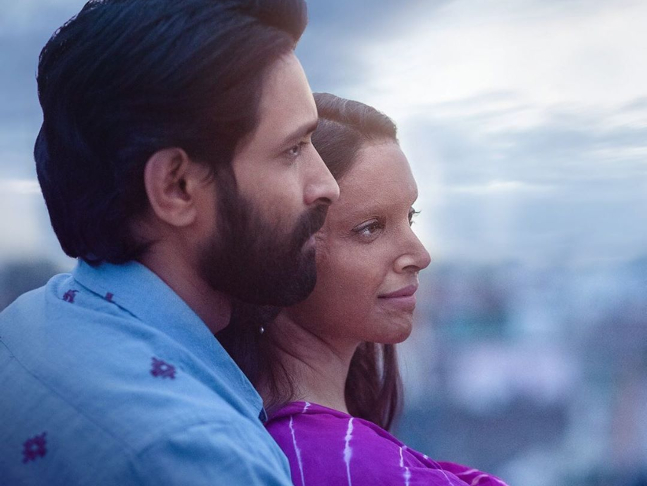 The background music and songs composed by Shankar–Ehsaan–Loy with lyrics written by Gulzar were relatable and added to the mood of the film. The titled track Chhapaak will make its way to your heart. Nitin Baid's editing maintains a smooth flow. Written by Atika Chohan and Meghna(Gulzar), Chhapaak manages to leave its impact in bits and pieces, complemented ably by Malay Prakash's cinematography.

But it's director Meghna Gulzar who deserves the maximum applause. She maintained a fine line with Deepika's disfigured face, keeping it on a neutral pallete, catering to every audience. Meghna efficiently highlights what a woman goes through when stripped off her 'beauty' and finding her 'self-worth'. With some depressing moments and some heart-warming ones, Chhapaak is a story that needs to be told. It will make you uncomfortable at some points but that is exactly how it is supposed to be.