Film: A Beautiful Day in the Neighborhood

Most Indian viewers of A Beautiful Day in Neighborhood, do not have any nostalgia associated with Mister Rogers but we all swear by Tom Hanks’ genius. The man is as much a part of our childhood with films like Splash, Sleepless in Seattle, Philadelphia, You’ve Got Mail, Forrest Gump, That Thing You Do, Saving Private Ryan, Castaway, Toy Story and many more as our very own Hindi film superstars. Also, in today’s grim global scenario who better to bring forth a story on hope, faith and looking at the brighter side of things than Hanks. 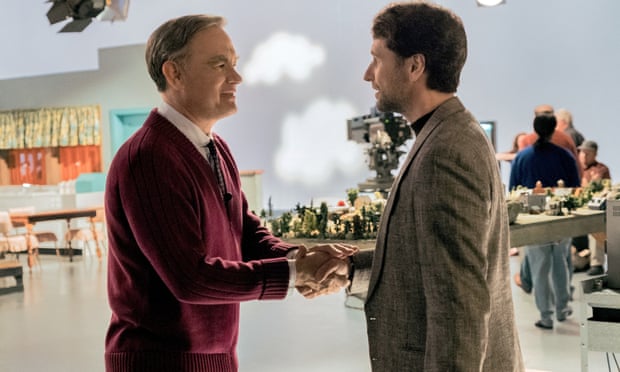 A Beautiful Day in the Neighborhood is inspired by the real-life friendship between Fred Rogers (Hanks) and Tom Junod (Matthew Rhys), a cynical journalist (named Lloyd Vogel in the film) is assigned to write a profile of the long-running television host. However, the reluctant journalist’s life changes after he meets with the protagonist and what started out as a mere 400-word character profile becomes a 16,000-word cove story which wasn’t only ‘about Fred Rogers’. Vogel is the only character in the film that does not venerate Rogers but the show host is intrigued by the troublesome relationship he shares with his alcoholic mother and in no time, the journalist becomes the interviewee and starts opening up to Rogers. 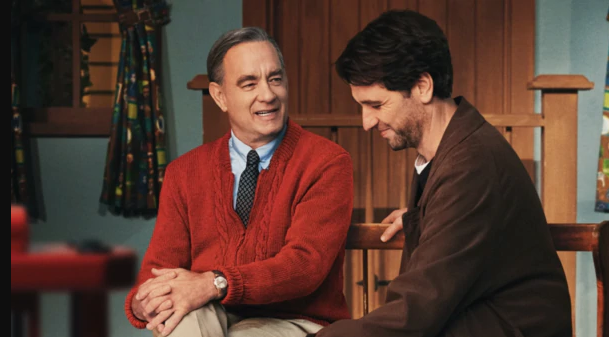 A Beautiful Day In The Neighborhood is not a biopic on Fred Rogers as he isn’t even the central character in the plot, in fact, he exists as the conscience-directing presence in the film. The screenplay written by Micah Fitzerman-Blue and Noah Harpster is derived from a 1998 Esquire article by Tom Junod. The film harps on the teachings and achieves the sort of depth that stays with you long after the film is over. The film does not touch a lot on Rogers’ life but is more of a father-son-type relationship between the former and Vogel. The real Fred Rogers always respected his audience who were mostly children and the same refrain is taken up by director Marielle Heller without sugarcoating the sentimentality and preaching. Heller doesn’t project Fred as all-perfect and that makes him more likable. 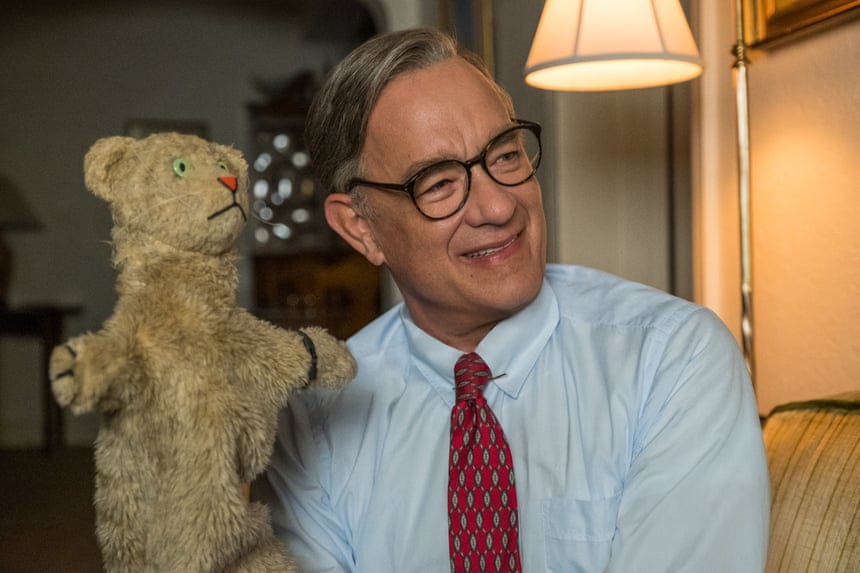 Hanks as Rogers fit the script to the T. He is the universal beloved father figure of the US. However, as Rogers, he is calmer and still with a gravity that is different than his effervescent personality. A Beautiful Day In The Neighborhood is a film that propagates the lessons of acceptance and forgiveness that Roger teaches and is something that we require at all times. A Beautiful Day in the Neighborhood is a must watch and will bring a smile on your face.

PeepingMoon.com gives A Beautiful Day in the Neighborhood 3.5 Moons.