In Karan Johar, Indian cinema has a global entertainer. At 50 today, KJo as he is popularly known by fans, friends and foes in the film industry, is energy-plus and then some more. Some people that age are mellow like a fine wine. But Karan is as sparkling and bubbly as a newly opened bottle of the world’s most prestigious champagne. Fifty is a milestone year in anybody’s life. An age for contemplation.

Like a batsman at the crease who’s just scored a half-century and acknowledged the applause, will KJo now carefully study the field and take guard for the rest of his innings? Doubtful, because in his book – life is about living and not for sitting back in contemplation. He will plunge into it with zesty enthusiasm and restless energy. Making more entertaining and meaningful films, hosting scintillating and scandalous chat shows on TV and for OTT, and will continue to represent the goss and gloss of Tinseltown like an old school showman with new world chutzpah. We at PeepingMoon.com salute the great entertainer and give you 50 reasons to do the same. Happy Birthday! 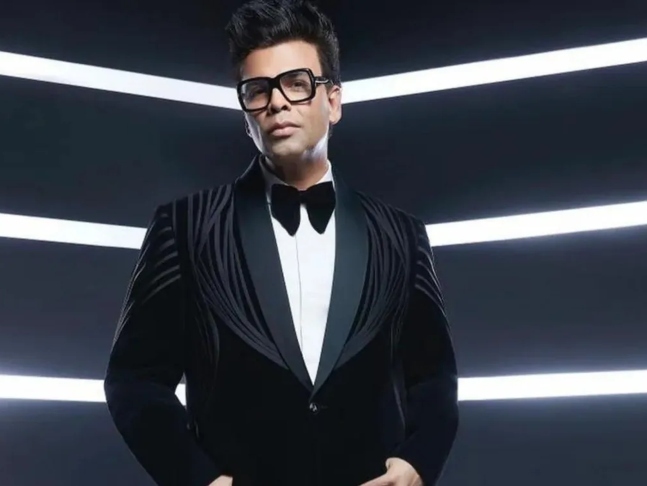 Even today, the best combo for dinner is KJo's super interesting chat show - Koffee With Karan. Be it his sassy questions or B-town's most controversial statements, the show just never fails to impress.

Sassy comebacks and killing them with kindness - that's the perfect recipe of what makes Karan the absolute star that he is!

If you thought Kareena Kapoor Khan had the perfect pout, then you definitely haven't had a chance to witness KJo's iconic selfie face and poses.

When it comes to fashion and styling, no one does it better than the filmmaker and we would all just agree to that.

Karan is known for his envious collection of chunky eyeglasses and has sunnies for every mood and well, we wouldn't want it any other way.

The filmmaker-producer's super entertaining Toodles diaries ft. twins Yash-Roohi was a part of every household in the first lockdown and literally kept everyone going.

Well, the so-called Gen-Z should learn from the master of social media as to how to maintain your Instagram profile, KJo does a fab job and his Instagram game is strong AF!

The love for his family

One thing that Karan has taught us through K3G is the importance of our family and well, he follows that himself in real life. He makes sure to spend quality time with his mother and kids very often.

If something has passed on to Yash and Roohi from their Dadda then it has to be his savage-ness. His banters with his twins are famous all over.

Karan shares an amazing bond with all the B-townies. Be it a starry birthday bash or a promotional event, KJo makes sure to lend his support and mark his presence. 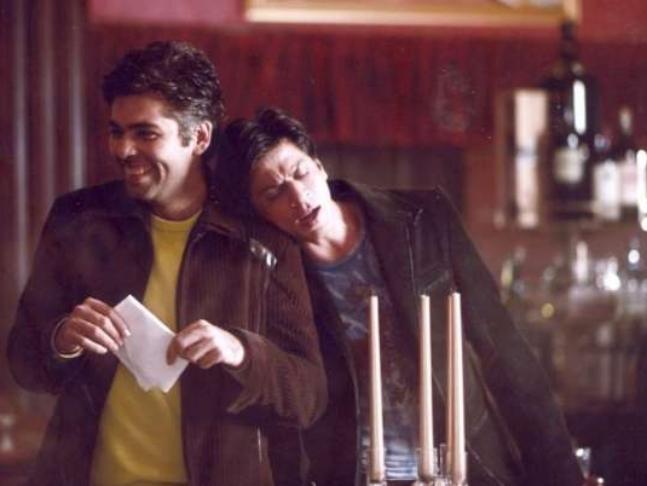 Karan believes in equality and standing up for what he feels is right. The filmmaker has time and again spoken about equal opportunities for all.

If there's someone who supports the women in cinema with all his heart then it has to be Karan.

Why be shy if you can be KJo? And well, that's the mantra he follows as he is 'unapologetically' him.

If someone has managed to give us movie characters that have stayed with us like no other, then it has to be Karan. The director has given us legendary characters like Poo, Rahul & Anjali, to name a few. 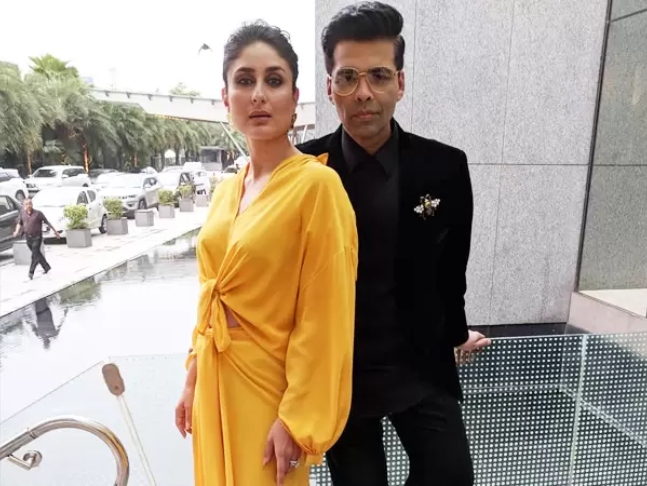 What's bigger than KJo's sunglasses? His stunning film sets and well, why not? He churns out good cinema like no other.

The recipient of several accolades

Karan has been the recipient of several proud accolades including a National Film Award and six Filmfare Awards. He has also been honoured with Padma Shri, the country's fourth-highest civilian award by the Government of India. 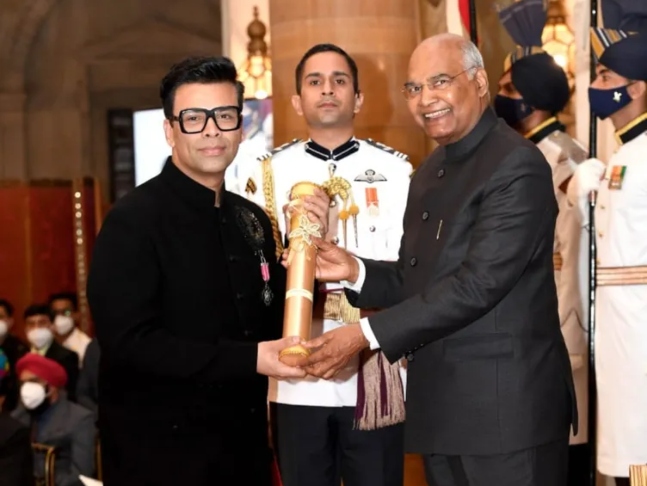 Karan's TV presence is like no other. Be it being a guest on a show or judging one, the filmmaker goes all out to entertain the audience.

KJo's parties are A1 and we are sure about it from all the pap photos that we get our hands-on. Be it throwing a bash for a close friend or hosting a house party, Karan knows how to do it right.

Karan has managed to contribute to the Indian cinema on a much larger scale through his production house Dharma. Spreading if further, the filmmaker started Dharmatic Entertainment to churn out pathbreaking web content.

Karan, after making his own untouchable space in Bollywood, gave the audience what they wanted - good web content. From Lust Stories to Shershaah, KJo made sure to keep the web content going. Not only actors but KJo firmly believes in supporting new directors as well through Dharma Productions.

Is there anyone better at hosting than the ever-entertaining Karan Johar? Keep thinking, we will just wait!

In the month of June, Karan launched the Yash Johar Foundation, in memory of his father. The filmmaker said it will "aim to improve the quality of life for people in the Indian entertainment industry". In a social media post, he shared that his father's "heart lay in the people who made up the industry — from the spot boys, to the cameramen, the editors to the actors, they made up his world." Hence, it is an initiative to keep the memory of late Yash Johar alive. If you appreciate Karan as a producer, you must not forget the blockbuster films he directed. Though his acting career was never established entirely, he did leave behind a mark with the films directed and produced by him.

Karan has been making films keeping in mind his responsibility towards the audience. Be it through visuals or through storytelling, Karan has kept all the age groups in mind while presenting a film.

Karan has passionately told stories through the visual medium. He even took his father Yash Johar's passion project, Kalank, forward and gave the late filmmaker's dream a shape and body.

Changing the course of Indian cinema with family entertainers

When it comes to Karan and Dharma Producers, one can simply not ignore their family entertainers. Now, in just a month's time, Jug Jugg Jeeyo, a proper big-ticket family entertainer will hit the silver screen.

Setting up a new dictionary of words like P.H.A.T

Trust Karan to keep you abreast with voguish terms like P.H.A.T (Pretty, Hot And Tempting). The fashion police are always ready to credit him for such quirky, fun and uncommon terms.

Karan has always stepped forward to back cinema that is massy as well as classy. For example, the Hindi version of SS Rajamouli's Bahubali was backed by Karan and the rest is history.

Karan's friendship with Shah Rukh Khan, Kajol, Alia Bhatt, Ranbir Kapoor, Janhvi Kapoor, Ananya Panday and many others is known to the world. He doesn't only guide them professionally but is there for them during personal crises too.

Wearing his heart on his sleeve

Known to be one of the most generous human beings, Karan definitely wears his heart on his sleeve. Ask any of his colleagues, they'll never deny this fact.

Experimenting with cinema and different stories

Be it Kalank or Gehraiyaan, Karan has never shied away from experimenting with cinema and telling as many different stories as possible. Even now, he is directing a film titled Rocky Aur Rani Ki Prem Kahani and we cannot wait to see what he has to offer.

Accepting mistakes, learning from his experiences

After the controversial episode of Koffee With Karan 6 with Hardik Pandya and KL Rahul, the filmmaker apologised to the audience for the mess. On realising the mistake, the episode was pulled down from all digital platforms.

When it is Karan, there has to be a mention of dance. His hook step of Radha is definitely our favourite.

Refraining from getting involved in unnecessary mudslinging

Karan's enemies are not unknown to the world. Despite the nepotism controversy, Karan maintained his calm and handled the circumstance with utmost dignity.

Karan has represented India on the global platform for decades. Be it through his cinema or personal efforts, every single person across the world is aware of him and his achievements.

Showing conviction in a project and sticking to it

The best example of this is Brahmastra. The film is in the making for almost 8 years and Karan, like a thorough professional, stayed by the project throughout.

Did anyone imagine Madhuri Dixit and Deepika Padukone signing OTT web shows and films? Karan made it possible with ease!

Adapting to the changing trends

These days, the youth demands unconventional yet relatable stories to watch. Who is better than Karan to understand that and adapt to the changing trends?

Quirky Lockdown With The Johars videos

Hands-down, the best thing about the COVID-19 lockdown was Karan's video series-Lockdown With The Johars with his children Yash and Roohi.

Karan's fine taste in music has often been reflected in his films. From classic to peppy, he knows what pleases his audience.

Karan recently ventured into a new business. He launched his own plush SoBo restaurant named Neuma.

Pleasing all the young girls and women out there, Karan launched his own jewellery line Tyaani. 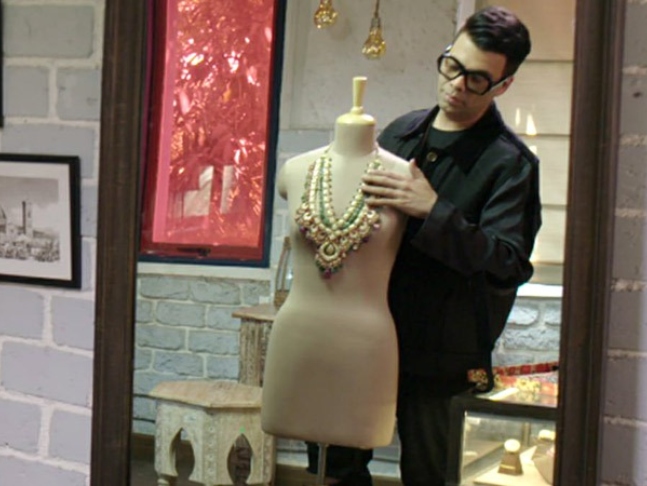 Honesty is the best policy and Karan knows that very well.

When Kartik Aaryan's exit from Dostana 2 made headlines, Karan dealt with the adverse situation with grace and patience. Currently, he is reworking it.

Establishing a huge empire all by himself is no mean feat. Kudos to the master businessman Karan! 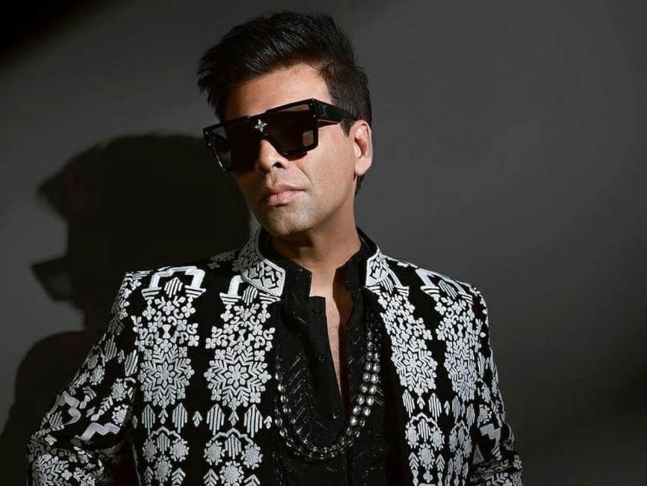 Be it making Friendship's Day a trend or bringing back the magic of period cinema, Karan senses his audience's pulse with every new film of his.