PeepingMoon 2019: Karan Singh Grover to Mohsin Khan, TV actors who made a mark this year

It is not an unknown fact that the Indian television industry is peppered with a plethora of talented actors and actresses. And some of these actors have left a mark on their fans and the audience for years now. Several telly stars have today become as popular as Bollywood stars as people spend more time watching TV than films.

And while we always refer to the television industry as 'chota parda', the fact is that the telly industry sometimes enjoys more love and support from the audience and fans. So, as the year 2019 comes to an end, here are the top 10 television actors who impressed us with their acting skills and garnered appreciation for their roles.

While a few have been around for a while, others rose to acting glory with their recent shows. Have a look! We can term Karan Singh Grover or KSG (as fans lovingly call him) the heartthrob of the television industry, without a doubt. Be it his role as Dr. Armaan Malik in Dill Mill Gayye (2007-2010) or his latest stint as our very own Mr. Bajaj in Ekta Kapoor’s Kasautii Zindagii Kay 2 (2018-2019), the talented actor has always managed to make a place in everyone’s heart. KSG created a huge uproar this year when he joined KZK cast essaying the iconic role of Mr. Bajaj, earlier played by Ronit Roy. With shades of grey, Karan, also became one of the highest-paid actors in the television industry with the show. The juxtaposition of Karan’s good looks combined with his acting chops casts the perfect spell on the audience! 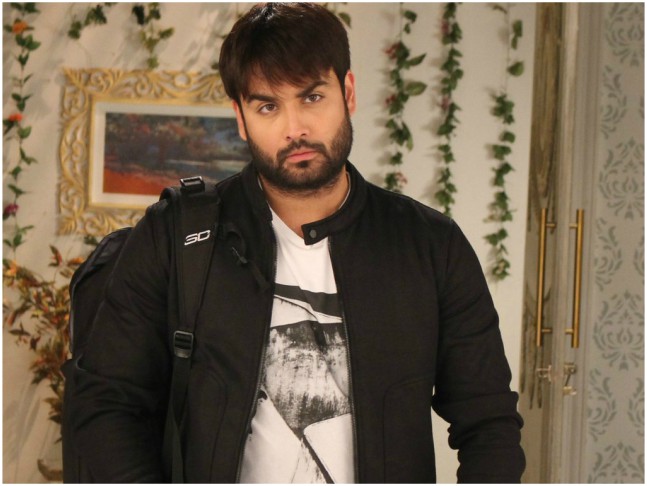 Vivian Dsena rose to fame when he starred in hit show Pyaar Kii Ye Ek Kahani (2010-2011). However, it is his portrayal of Harman Singh in Shakti — Astitva Ke Ehsaas Ki (2016 - 2019) which consolidated his position in the Indian TV industry. While his chemistry with co-star Rubina Dilaik makes the show a must-watch, he made an amicable exit from the show, as he wasn't ready to play the role of a father so soon. His character of a supportive man and intense lover to his eunuch partner (Rubina) won the audience's heart. Not only daily soaps but Vivian also made his place in reality shows like Fear Factor: Khatron Ke Khiladi 7 (2016) and Season 8 of Jhalak Dikhla Jaa (2015). Not to forget, he also enjoys a huge female following. And why not? He’s definitely a looker! 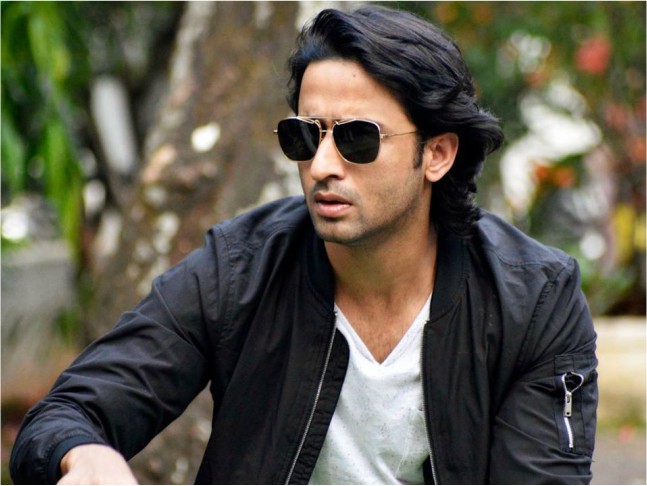 Shaheer Sheikh left everyone impressed with his portrayal of Arjun in the mythological show Mahabharat (2013-2014). His popularity grew by leaps and bounds post this and there was no looking back ever since. From his ruthless and careless Casanova avatar in Kuch Rang Pyar Ke Aise Bhi (2016-2017) to the charming Abir Rajvansh in Yeh Rishtey Hain Pyaar Ke this year, Shaheer has made it clear that he is here to stay. In 2019, Yeh Rishta Kya Kehlata Hai, the longest-running TV show, got its spin-off with Yeh Rishte Hain Pyaar Ke with Shahher as the male lead, without a doubt, he is primetime's latest lover boy! 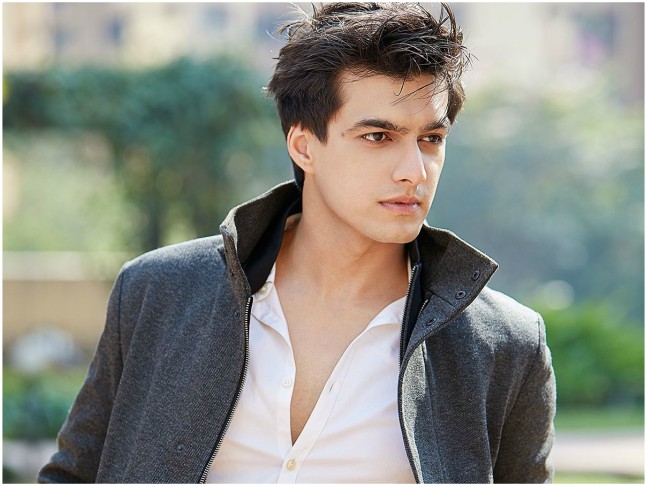 Mohsin started his career as the second assistant director of Koyelaanchal (2014). He made his television debut with Star Plus's Nisha Aur Uske Cousins (2014) but rose to fame by playing Kartik Goenka in Yeh Rishta Kya Kehlata Hai (2014 - present) opposite Shivangi Joshi. Mohsin currently plays the main lead of an obedient family man and a dedicated husband in YRKKH and enjoys a humungous fan following. His signature charm, good looks and compelling onscreen persona certainly make him stand tall amongst the actors of the current lot.

Pearl V Puri made his debut in 2013 with Dil Ki Nazar Se Khoobsurat. In 2015, he appeared in Phir Bhi Na Maane...Badtameez Dil and in 2016, he had roles in Meri Saasu Ma and Naagarjuna - Ek Yoddha. But it was from 2018 to 2019 that the actor appeared in Naagin 3 and Bepanah Pyaar and made everyone fall in love with his acting skills. He is currently seen opposite Ishita Dutta in Bepanah Pyaar and is known for his sweet and spicy chemistry with the actress in the show. In 2018, Pearl was also ranked first in TOI's Most Desirable Men on TV List. 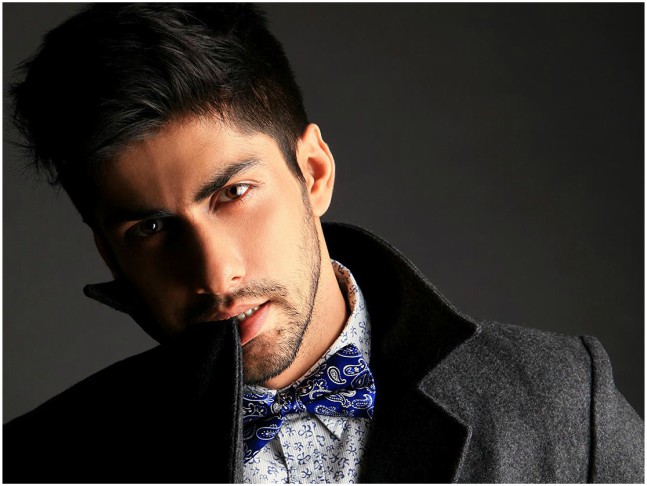 Namit Khanna started his career in 2017 with Jio Cinema’s Twisted but it was only this year that he was recognized as Dr. Sidhant Mathur in Sanjivani 2 this year. The show is very popular among fans as the audience loves to watch Dr. Sid’s and Dr. Ishani’s (Surbhi Chandna) sizzling chemistry on-screen. Namit has been widely appreciated by critics and audiences alike and has made his place in a very short time.

Shivin Narang grabbed attention as Ranvijay Singh in Ek Veer Ki Ardaas...Veera (2013-2015). But for the last couple of years, the actor wasn't in the limelight until recently when he bagged the role of Rudra opposite Jennifer Winget in Beyhadh 2. Seen in a romantic avatar, Shivin’s impressive act and his chemistry with Maya (Jennifer) has put him under spotlight, again! It is both a task and pressure when one has to carry forward a legacy of a character as loved as that of Anurag from Kasautii Zindagii Kay but Parth managed to pass with flying colours. The actor, who rose to fame with MTV’s Kaisi Yeh Yaariaan (2014-2016), made everyone sit back and take acting notes as he stepped into the shoes of Anurag for Ekta Kapoor’s Kasautii Zindagi Kay 2 in 2018. He has been praised for his onscreen chemistry with Erica Fernandes who plays the role of Prerna in the remake. Parth once again managed to impress with his acting skill set, and we're not complaining! Dheeraj Dhoopar who has been known for his portrayal of Prem Bhardwaj in Colors TV's Sasural Simar Ka (2013-2017) left no chance to showcase his transformation from entertainer to weighty performer as Karan Luthra in Zee TV's Kundali Bhagya (2016 - present). Dheeraj turned the tables when he decided to be a part of the show which receives excellent TRP. Not only through his show but the telly actor enjoys popularity through his social media accounts as well. Karan started his career with Kahani Ghar Ghar Ki in the year 2000 and went on to star in other Balaji Telefilms' shows as well, including Kasautii Zindagii Kay (2005-2006) and Kasamh Se (2006-2007). The actor then played the role of Raman Bhalla in Yeh Hai Mohabbatein (2013-2019) for good 6 years that impressed the audience and critics. Karan's chemistry with co-star Divyanka Tripathi Dahiya is much appreciated. Despite being around for a long time, he is one actor who has left everyone impressed with each and every role that he takes up. Recently, the show went off air after a successful run and fans certainly miss the ace actor already. On personal front, Karan has just embraced fatherhood and rejoicing this time off with his newborn.

Valentine's Day 2021: Look at 'Made In Heaven' jodis of Bollywood thro

Floral buns and understated looks: Dia Mirza’s simple yet stunning wedding glam is a calling for all the low-key brides!