Advertisement
HomeBOLLYWOODPEEPINGMOON SPECIALPeepingMoon 2019: Gone but not forgotten! From Veeru Devgn to Shaukat Azmi, Bollywood celebs we lost this year

PeepingMoon 2019: Gone but not forgotten! From Veeru Devgn to Shaukat Azmi, Bollywood celebs we lost this year

2019 was a disheartening year for Bollywood as it saw a shocking loss of some of the greatest talents. From legendary stunt director like Veeru Devgn to veteran actresses like Vidya Sinha and Shaukat Azmi, the cinema industry mourned the loss of many, who not only changed the game but won the hearts of millions around the world.

So as the year comes to an end, we look back at the celebrities who left a void in the world of Hindi cinema after they passed away: 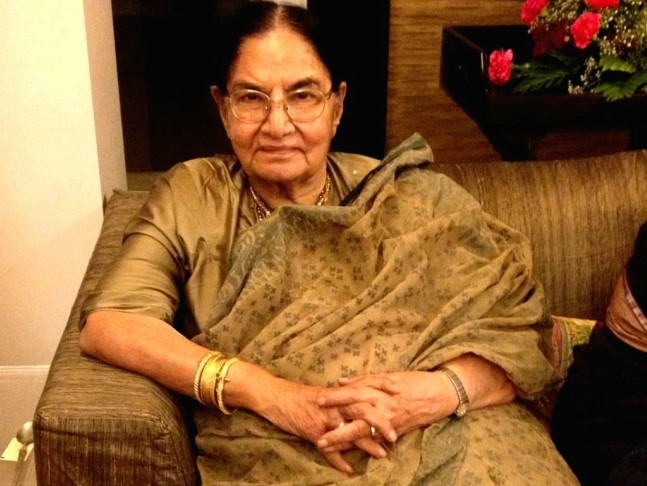 Veteran theater actor and Shabana Azmi's mother Shaukat Kaifi passed away in Mumbai on November 22 due to age-related illness at the age of 93. Also known as Shaukat Azmi, she was known for her work in films like Bazaar, Umrao Jaan and Mira Nair's Oscar-nominated film Salaam Bombay. Not to forget, she and her husband Kaifi Azmi led the Indian People's Theatre Association (IPTA) and the Progressive Writers Association (IWA) during their times. After Kaifi Azmi passed away in 2002, Shaukat wrote an autobiography, Kaifi and I which has been adapted to a play Kaifi aur Main.

RECOMMENDED READ: Twinkle Khanna’s grandmother Betty Kapadia passes away at the age of 80 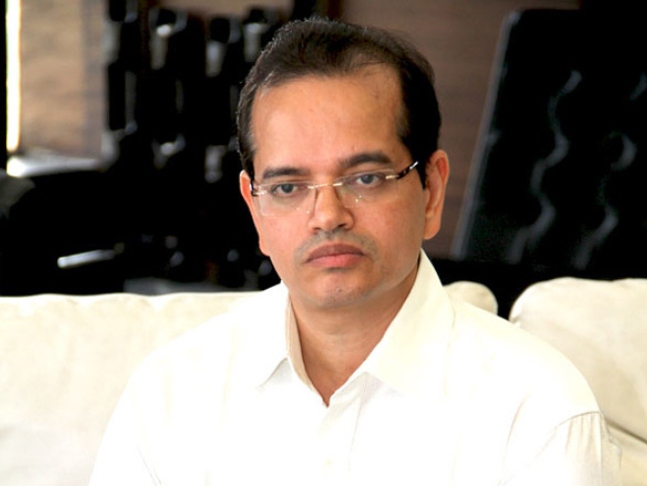 Film producer Champak Jain, one of the co- owners of Venus Records and Tapes, breathed his last on October 31. He was just 52 and his untimely death came as a shock to many. Known for producing hit films like the 1994 blockbuster Main Khiladi Tu Anari starring Saif Ali Khan and Akshay Kumar and Shah Rukh Khan’s Josh, Champak passed away after suffering from a brain hemorrhage.

Veteran Hindi and Marathi film-theatre actor Viju Khote, best known for playing dacoit Kalia in Sholay and Robert in Andaz Apna Apna, left us at the age of 77 due to multiple organ failure. Apart from being a popular theatre artist, Viju made an appearance in films like Qayamat Se Qayamat Tak and Ventilator, and TV shows like Zabaan Sambhalke. 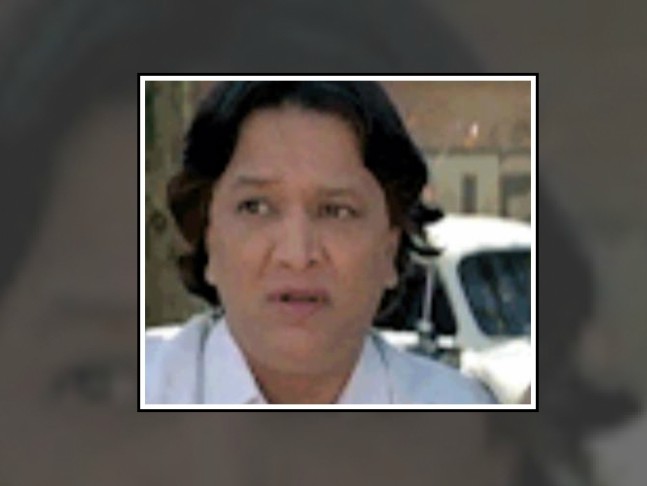 Actor and Kathak dance trainer Veeru Krishnan died in Mumbai on September 8. Apart from starring in films like Akele Hum Akele Tum (1995), Ishq (1997), Dulhe Raja (1998), Mela (2000) and others, he had trained several actresses over the years, including Priyanka Chopra, Katrina Kaif and Athiya Shetty, to name a few. He was best remembered for his role of Gulab Singh in Raja Hindustani, which starred Aamir Khan and Karisma Kapoor. 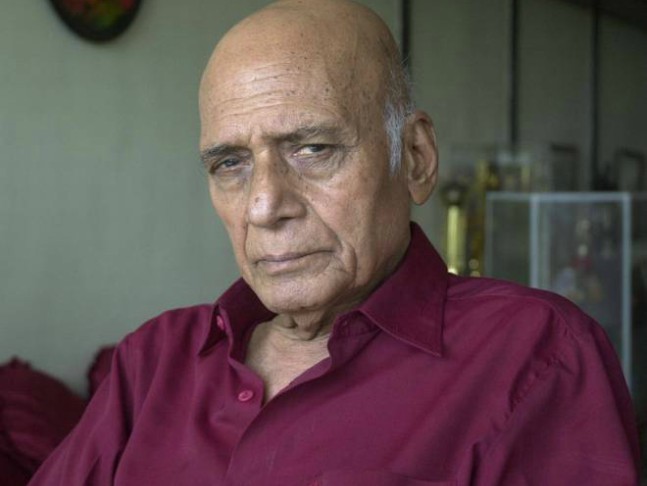 Veteran composer Mohammed Zahur 'Khayyam' Hashmi passed away at 92 after a prolonged illness in Mumbai. His death was mourned by the entire Bollywood film fraternity. Having composed music for films like Umrao Jaan and Kabhie Kabhie, the Padma Bhushan awardee also had other notable works like Trishul, Noorie and Shola Aur Shabnam to his credit.

The diverse actress’ sudden death came as a huge shock to the entertainment industry. Known for her role in Basu Chatterjee's film Rajnigandha (1974), Vidya Sinha was 71 when she breathed her last after severe breathing problems. She could easily play sad and somber roles as well as star in light-hearted romantic films including Hawas (1974), Chhoti Si Baat (1975), Kitaab (1977), Pati, Patni aur Woh and Josh (1981) and Salman Khan's Bodyguard (2011). Before her demise, she was playing a vital role in TV serial Kulfi Kumar Bajewala.

Playwright, filmmaker, and actor Girish Karnad left a huge void in cinema and theatre world after his sudden demise on June 10. He was 81 and had shaped up the modernist Indian theatre with his work in the early 1960s. Not to miss, he was one of the names in the influential parallel cinema movement, with vital roles in films like Shyam Benegal’s Nishant and Manthan. Awarded the Padma Shri in 1974 and the Padma Bhushan in 1992, his last Hindi film was Salman Khan’s Tiger Zinda Hai in 2017. Veteran action choreographer Veeru Devgan and father of Ajay Devgn left for heavenly abode at the age of 85 due to age-related health issues. Highly renowned to choreograph the action sequences in over 80 Bollywood projects, he has films like Kranti, Aaj Ka Arjun, Mr Natwarlal, Mr India, Shahenshah and Tridev to his credit.

Noted yesteryear Bollywood actor, Mahesh Anand, 57, was found dead in his Mumbai flat. He was living alone for many years and was virtually jobless. While many suspected foul play in his death, the post mortem report ruled out any such possibility. In the late 1980s and 1990s, he was usually seen as the main henchman of the villains with films like Shahenshah (1988), Majboor (1989), Thanedaar (1990), Coolie No 1 (1995), Vijeta (1996), Kurukshetra (2000), Pyaar Kiya Nahin Jaata (2003) among others to his credit.

Actor, director and producer Raju Mavani, who launched Suniel Shetty in Bollywood, passed away at the age of 62 after a prolonged battle with cancer. He has featured in films like Salman Khan’s Wanted, John Abraham’s Shootout At Wadala, Policegiri, Sarkar, and others. In late November, Dimple Kapadia's mother Betty Kapadia breathed her last at the age of 80 after being diagnosed with a respiratory disorder. She was married to a Gujarati entrepreneur Chunnibhai Kapadia had four children including Dimple, late actress Simple Kapadia, another sister, Reem and a brother, Munna. 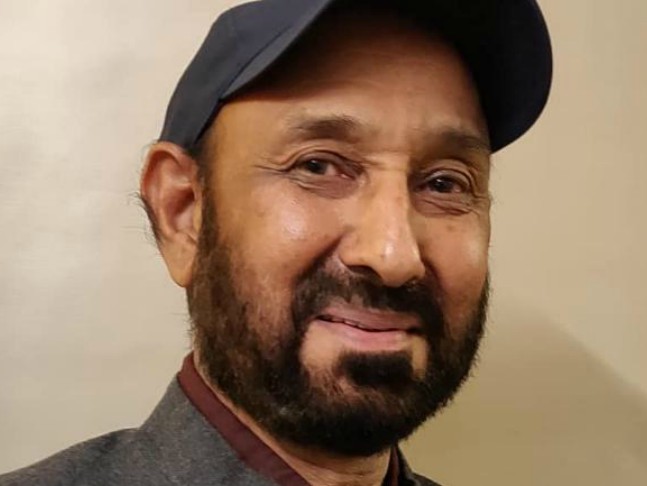 Veteran actor Ramesh Bhatkar, renowned for his work in Hindi and Marathi entertainment industry apart from being a noted theatre artist, left for heavenly abode on February 7. He was 70 and was battling lung cancer for a long time. He is best remembered for his act in Zee TV's investigative series Commander.

May their souls rest in peace!