K-pop stars BTS hit the stage for millions of their fans over the weekend. The group thanked technology that let them connect with fans across several countries despite restrictions due to Covid-19. Their virtual concert MAP OF THE SOUL ON:E was live-streamed on October 10 and October 11, and attended by fans in countries like India, South Korea, Malaysia, Australia, Spain and Japan. Considering their strong fan base in multiple countries, BTS, which consists of RM, Jin, SUGA, j-hope, Jimin, V and Jung Kook, said hello in different languages.Their shows had a theatrical experience complete with interesting props like umbrellas and drum sticks, colourful visuals and well-designed stages. Their change in costumes from black to black and white outfits to casuals like denims with white tees, with colourful jackets, left a visual impact on the viewers, who couldn't get enough of their style, especially the low cut shirts. 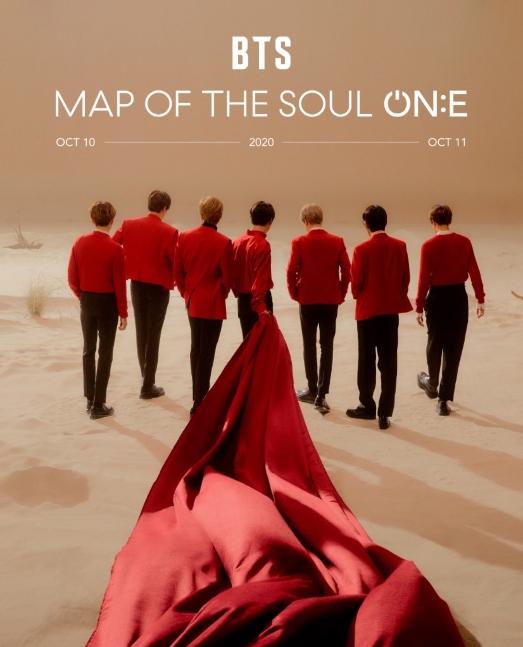 Recommended Read: BTS to unveil their new song BE (Deluxe Edition) in November; MAP OF THE SOUL ON:E online concert in OctoberIn fact, one fan commented: "Who would think seven men in silk and lace would look so masculine?" As for the set list, they performed hits like N.O, We are bulletproof PT. 2, Intro: Persona, Boy in luv, Ugh!, Filter, Moon and Ego. While the fans were impressed with the group's energetic dance performances with synchronised moves, they particularly loved Jimin's solo dance that had him moving to the beats without shoes. It seemed like he was dancing underwater.The show was not just about song and dance. In between, they also thanked their fans, fondly called the ARMY, for being with them for the past seven years. "We feel happiest when we are signing and dancing," they said. As the over two-and-a-half-hour concert started approaching towards its end, they started singing their globally hit numbers like DNA and No more dream. They finally brought down the curtain on the show with their mega-hit song Dynamite, which is their first English-language single. It had helped the band create history too. Earlier this year, they became the first K-pop act to top the Billboard Hot 100 for two weeks in a row.Before bidding goodbye, they thanked their fans for showering love on the song and being the "driving force". They were also thankful for technology that helped them to connect with their fans. MAP OF THE SOUL ON:E marks the band's first concert in four months since "BANG BANG CON The Live" in June.

Kristen Stewart bears an uncanny resemblance to Princess Diana in her

Godzilla vs Kong trailer: Legendary mythical adversaries collide in an ultimate showdown with the fate of the world hanging in the balance