Advertisement
HomeBOLLYWOODEXCLUSIVEPeepingMoon Exclusive: I welcome artists giving their own interpretations of my music, wonderful to get new perspective- Adnan Sami on his songs being remixed

PeepingMoon Exclusive: I welcome artists giving their own interpretations of my music, wonderful to get new perspective- Adnan Sami on his songs being remixed 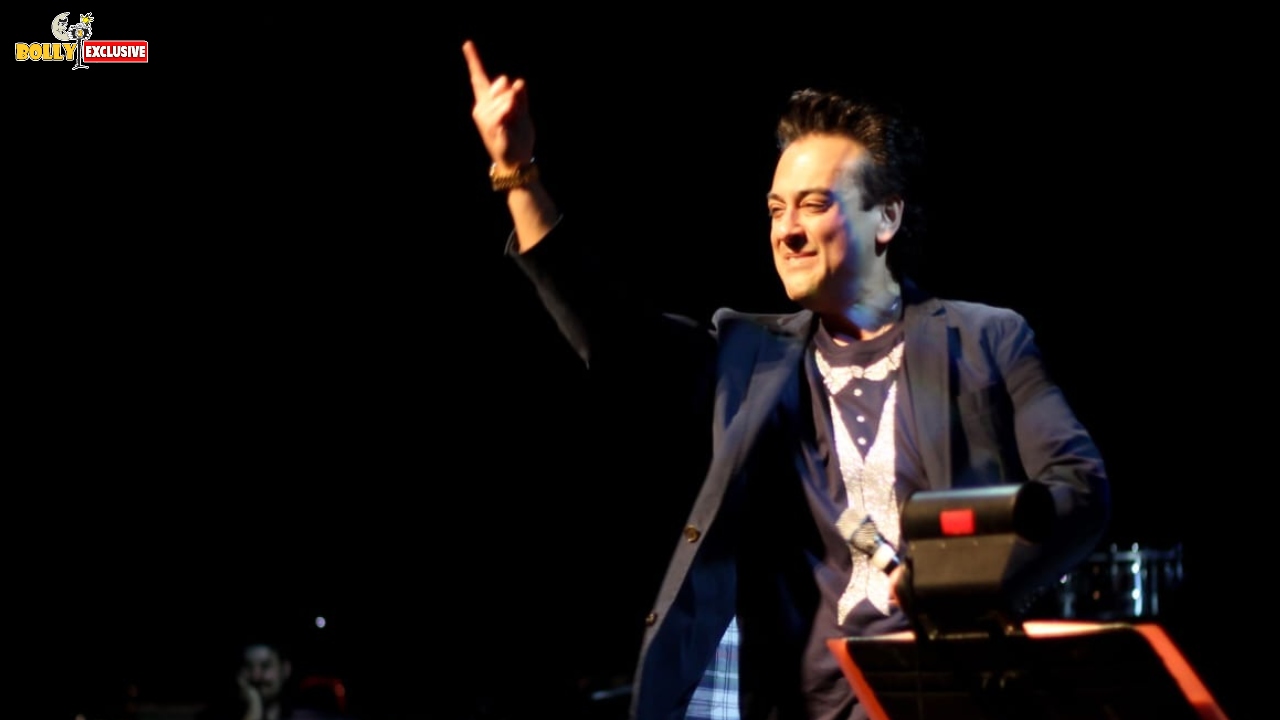 Adnan Sami created a stir on Instagram on July 19 by archiving all his previous posts. All that remained was a video with Alvida displayed on it. Days later, it was confirmed that the singer kickstarted the next phase of his musical career with Adnan Sami 2.0. The first song from the phase is titled Alvida. The song made its debut on July 28.

While Alvida is a hit among listeners, PeepingMoon.com spoke to Adnan about kickstarting Adnan Sami 2.0. The singer further spoke about releasing new songs at regular intervals, surviving in the industry for over 3 decades, and toxic social media culture and also shared his thoughts on remakes and remixes.

What was the idea behind hiding all your Instagram posts?

The idea was to start afresh and therefore, I wanted to clean the slate of my Instagram history and I did not delete any of the posts. I actually archive them so that I start this new journey with a fresh start and without any pulse from the past. And, that was about it. I mean, there was nothing more to it.

What can your fans expect from Adnan Sami 2.0?

One of the new resolutions that I have is to produce a lot more music for my fans. I think in the near future, there's going to be a lot more music coming from me and with a much lesser gap in between the releases. I used to take a lot of time between my releases sometimes years, but now, every few months there'll be a new track and I'm very excited about it. We've already started shortlisting, Alvida is the first of many more to come.

Adnan Sami 2.0 is coming 28 years after you composed music for a film for the first time. Was surviving in the industry for three decades easy?

Actually, it's more than three decades. In this sense, my first release was in 1986. It was a classical album, myself on the electric piano and to start Zakir Hussain and on the tabla. Yes, I mean sustaining yourself in the music industry is definitely not easy. It takes a lot of consistency, and a lot of hard work but I've enjoyed the journey. It has been very exciting, very adventurous, and many rollercoaster rides but you know it's been most enriching, most fulfilling and most satisfying. The love I've received along the way has been phenomenal. And you know, as they say in the music industry that it's very easy to have a hit, but it's very difficult to sustain it. I've been very very fortunate and blessed to have had an incredible career so far, and I'm most indebted to the audience, for having my fans for having supported me and loved me and encouraged me right from the beginning. And even now it's, it's the most amazing feeling in the world.

Over these years, how did you manage to keep yourself relevant?

You need to always reinvent yourself. You need to move with the times. You cannot afford to stick with the times and whether it is from the business perspective, or even from your own personal growth perspective. It is very important to consistently evolve. You should never get too comfortable in any given environment otherwise they won't grow. So by nature, I'm not a person who likes to sit complacent in any situation. I get very bored doing that. So, it's very important for me to consistently find myself a new challenge. And with that, a sense of growth comes in, and a sense of evolution comes in. I keep myself updated as to what's happening in the world. I try to move at the times so, so I think these are very important factors and, I've always been open to change not just within me, but around me and have always wanted to adapt. So, I think one of the reasons why I'm easy to adapt is because right from childhood, my father was a diplomat. He was constantly moving from one, country to another. So we, as children were moving with him. Each posting has to be anything between three and a half to four years so we used to quickly adapt to our new environment and make friends quickly and, make the best of our new environment. We didn't waste any time because otherwise, we would've just ended up being miserable. So I think that perhaps had a part to play in the manner in which I adapt myself to all kinds of new challenges and new environments and new trends and keep myself going. By nature, I am a very sort of progressive kind of a person. However, I feel very strongly about tradition, so I always tried to keep a good blend between the new and the traditional. I think that's very important.

You've given chartbusters would you like to watch/hear them being remade?

I always welcome artists giving their own interpretations of my music. It’s always wonderful to get a new perspective. I'm very open to that and I welcome it. It's always exciting to see how another artist approaches your song and your music and sometimes they bring in their own elements in their own personality, into the music which is fabulous. I, enjoy hearing that because it always gives me an opportunity to get another perspective on something that I've created. So it's always welcoming and wonderful.

You kickstarted the promotion of Adnan Sami 2.0 on social media. Do you find the virtual world toxic?

You know, where there are roses, they're always thorns. So, you know, it's all part of the process. You have a lot of love and interaction through social media but you know in the virtual world, there is a certain amount of trolling that goes on. I guess, those people who engage in trolling basically have personal issues of their own, perhaps they're frustrated. Sometimes they want to seek attention from you or seek attention from the world and they're just venting themselves out. Some of them are just mere as I call them 'keyboard monsters' but you know they weren't hugged enough when they were children, but it's okay. It really doesn't bother me as such. But yeah it's there, it's a reality. You need to accept it, there's nothing you can do about it.

Your daughter was seen promoting Adnan Sami 2.0, will she join you in any song in the future?

She's five years old right now who knows? I'm not one of those parents who like to force children to do things. I believe that children should find their own calling and they should be given their own space to develop and see what it is that they want to do because that's exactly what my parents did for me. They did not impose anything on me, they allowed me to choose my own direction of where I wanted to go in life. If she ever chooses to pursue music, of course, I'll be supportive of her. And of course, if she decides to sit and sing one day, it would be an absolute delight to sing with her. It's too early to say anything right now because she's very little. Regardless of whatever she chooses in life, I will always support her because that's something I truly believe in.