After the bombastic success of Sarpatta Parambarai, Amazon Prime Video has now signed its leading star Arya to headline a Tamil web series. PeepingMoon.com has exclusively learned that the streaming giant is doing a big-budget horror series with Arya which will be directed by Aval and Netrikann fame Milind Rau. The Shakti Productions venture has been billed as one of the most expensive Tamil series and will get into production in December. Ace cinematographer Ravi K Chandran has been roped in as the DOP for this social-horror set in rural Tamil Nadu.

However, the most exciting part of this newly sanctioned Amazon Prime series is that it will be India's first web show to be adapted from a graphic novel. This yet-untitled show, we have learned, is based on Yali Dream Creations' 2018 graphic novel, The Village which is a horror comic at its core and touches upon issues plaguing the country at present, specifically to the prevalence of the caste system. Arya will be seen playing the central character of a young doctor Gautham Subramaniyan while Prema and Oh My Kadavule actress Vani Bhojan will play the female lead. Veteran actor Prakash Belawadi who was recently seen in Amazon Prime's Mumbai Diaries 26/11, and Pasupathy who played Sarpatta clan's boxing coach in Arya's Sarpatta Parambarai have also been brought on board to play pivotal roles. The show has been planned to be made on a grand scale and will have a huge amount of VFX. It's finally going on floors almost 16 months later this December after the COVID-19 pandemic cancelled its original shooting schedule in August 2020. Currently in pre-production, the show will largely be shot in Chennai and Southern/coastal Tamil Nadu. Amazon Prime has lately been exploring the horror space, and this show will be the first to hit the floors. The streaming service is also doing a Hindi horror series with Nikkhil Advani, and a Telugu horror series with Naga Chaitanya which will be directed by Vikram Kumar and go on floors in mid-December.

The Village — a 140-pages book, written by Shamik Dasgupta — depicts a tribe conflict between an upper caste and an untouchable tribe at the backdrop of mysterious circumstances. It revolves around a young man whose car breaks down near an abandoned village while traveling with his wife and daughter from Coimbatore to Nagapattinam. He leaves his family behind in the car and steps out to seek a mechanic. However, when he reaches the nearest village, the villagers tell him, quite chillingly, that he has put his family in immense danger by leaving them near a village where bloodthirsty ghosts roam around. 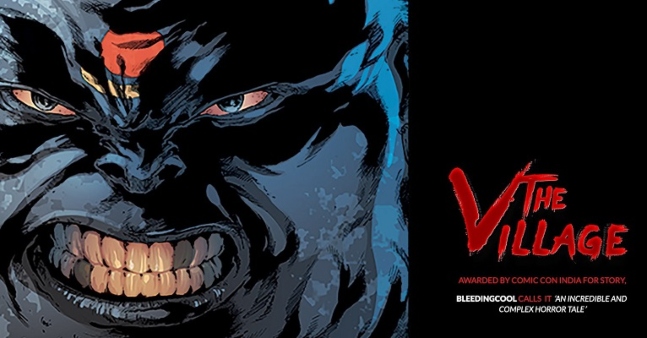 The Village is the third graphic novel of Yali Dream Creations that's making the transition from the bookstore to the movies and digital series, expanding its reach to millions. Founded by Asvin Srivatsangam, this homegrown Desi comic company has already sold its two titles Rakshak: A Hero Among Us and The Caravan to adapt them into a film and a web series respectively.