Filmmaker R Balki was among the first filmmakers to step out to shoot during the lockdown last year. When the country was still battling with the adverse effects of the COVID-19 pandemic, Balki shot for a Coronavirus preventive ad film with Akshay Kumar. The director has since then filmed multiple ads with the minimal crew following all the necessary safety protocols. And now with the situation getting slightly better, the Pad Man director has started prepping for his next feature directorial.

Peepingmoon.com has exclusively learned that R Balki is planning his next film with Sunny Deol and Shruti Haasan. Sources close to the development have revealed that Balki is working on a family drama set in London that revolves around the emotional relationship between parents and their daughter. Sunny and Shruti are said to be in advanced talks to play the father and daughter's role and while they're believed to have given their elusive nod to Balki's dramedy, things are yet to be locked on paper. Currently in the development stage, this film is scheduled to go on floors in around October 2021. 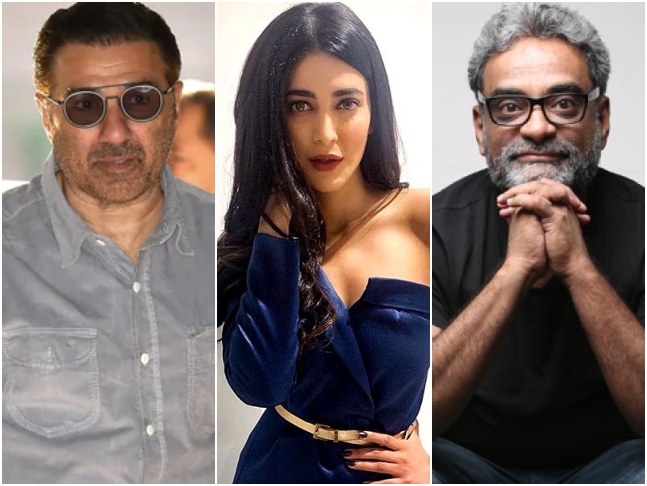 Balki is expected to shoot an edge-of-the-seat thriller with Dulquer Salmaan before heading to his Sunny Deol project. The filmmaker— known for his light-hearted, slice-of-life films like Cheeni Kum, Paa, and Ki & Ka— has apparently chalked out a two-month one-go schedule to film his first thriller that marks Dulquer's third Hindi outing after Karvaan (2018) and The Zoya Factor (2019). The film that is said to have multiple mysterious characters with Dulquer being the central one will get off the ground next month.

Meanwhile, Sunny Deol who was last seen in Behzad Khambata's Blank (2019) is all set to get back on a set with Anil Sharma's Apne 2 this year. The family drama that brings the three-generation Deols — Dharmendra, Sunny Deol, Bobby Deol, and Karan Deol— together will go on floors in July. Shruti Haasan, on the other hand, has multiple projects in her kitty, and will next be seen alongside Pawan Kalyan in Vakeel Saab. She also has Laaban with Vijay Sethupathi and a Pan-India actioner Salaar with Prabhas lined up for 2022 release. On the Hindi front, the actress is doing an Amazon Prime series based on Ravi Subramanian's 2015 novel, The Bestseller She Wrote.