Advertisement
HomeBOLLYWOODEXCLUSIVEPeepingMoon Exclusive: Janhvi Kapoor ought to be the poster girl for the IAF instead of this fuss being made about Gunjan Saxena

I don’t know about you, but I hadn’t heard of Gunjan Saxena until Janhvi Kapoor so wonderfully brought the exploits of the Indian Air Force’s helicopter pilot in the Kargil War to everybody’s attention in Dharma Productions’ war biographical that premiered on Netflix today. I don’t think many of my generation had.

The thing is, I reported the Kargil War as a news editor, and I remember the nation’s euphoria when Prime Minister Atal Bihari Vajpayee announced India’s victory in July 1999. But until Karan Johar drew the shy veteran IAF pilot out of retirement and made her a gutsy and inspiring heroine on screen in his Gunjan Saxena: The Kargil Girl, not many in India knew of her. 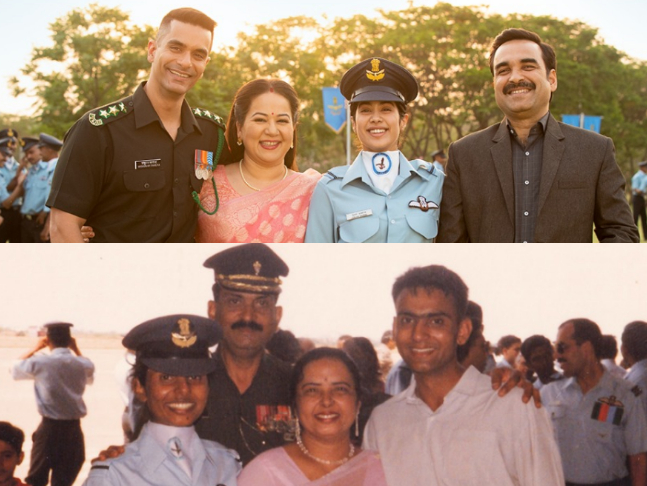 Even though Gunjan was the first woman recipient of the Shaurya Chakra – an Indian military decoration for valour, courageous action, and self-sacrifice – and a chapter in the book Kargil: Untold Stories From the War was devoted entirely to stories of her bravado. But it’s there in the film. And thanks to Janhvi’s credible and unfussy performance, today India celebrates Gunjan Saxena. 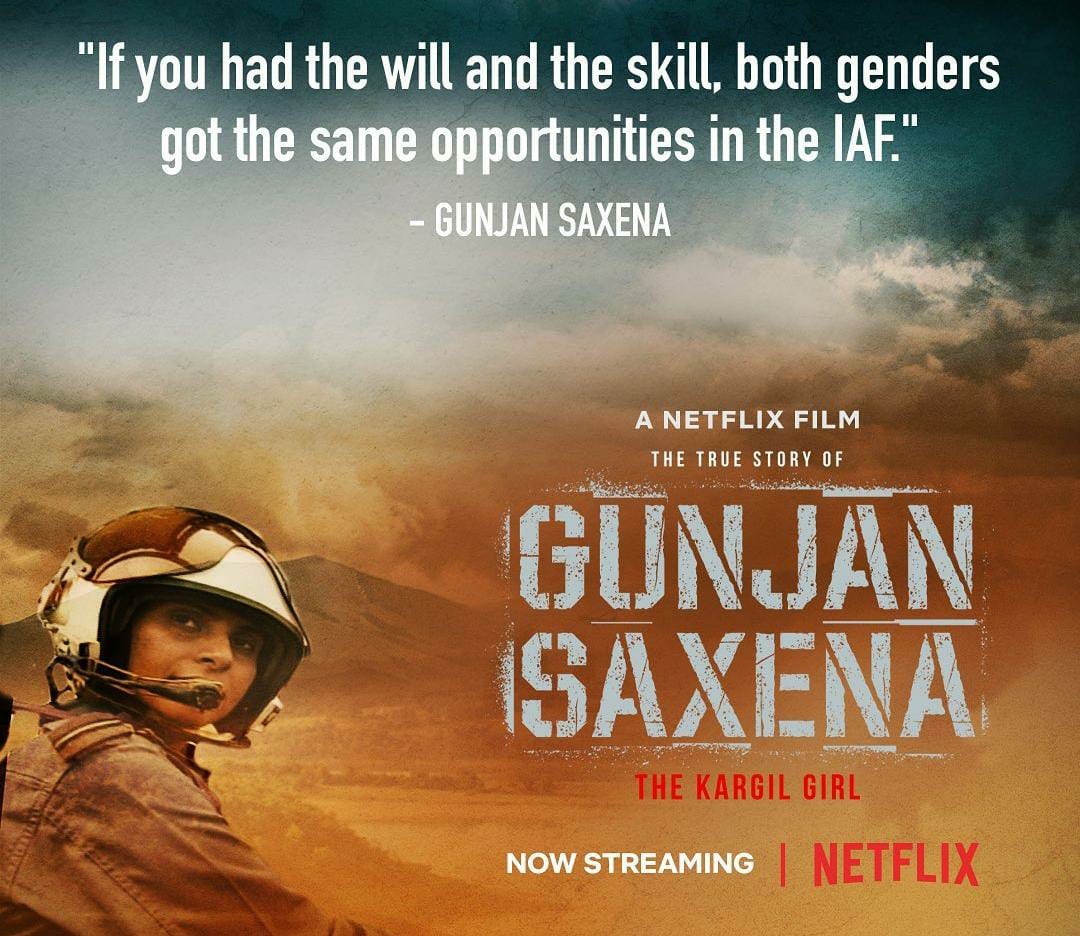 So I find it rather petulant of the IAF to write to the Central Board of Film Certification (CBFC, the censors), Netflix and Dharma Productions about the “undue negative portrayal” of the force in Gunjan Saxena: The Kargil Girl. It kind of accuses the producer of failing to represent the force with authenticity and make efforts to ensure the film inspires the next generation of officers.

It also tells these people of Indian cinema that the IAF is gender neutral and has always provided an equal opportunity to both male and female personnel. I don’t doubt that. But I wonder if this was the case in 1994, when Gunjan joined the IAF, and at 24 became the only woman to be part of the Kargil War. Because it’s taken a long time for women to be accepted in the forces. Front-line combat roles were off limits to them until the Modi government approved an IAF plan in 2015 to induct them in the fighter stream. 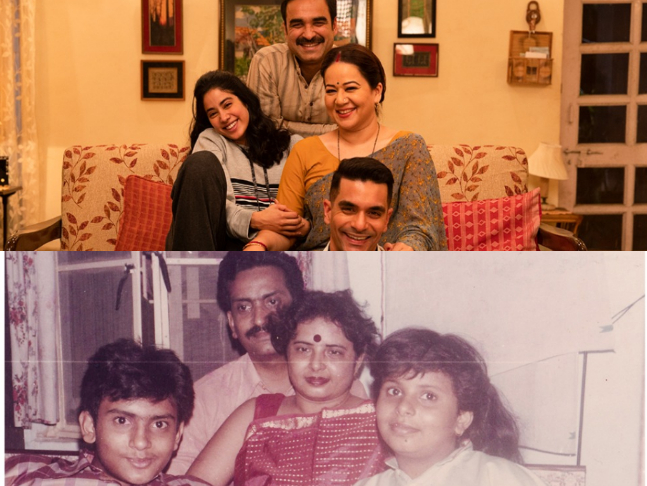 To my mind if anything, this film is going to fiercely inspire Indian women to join the defence forces today. With the same intensity, I would think, that young men aspired to become Police Inspectors after seeing Amitabh Bachchan wearing khaki in Zanjeer in 1973. That is what is meant by life imitating art. People need heroes to look up to and emulate. And films provide the trigger for this expression.

We have 9,449 women in the armed forces today. Minister of State for Defence Shripad Naik told Parliament in March that in 2020, the Indian Army had inducted 102 women, the Indian Navy 18, and the Indian Air Force none. Maybe the trend will change with Gunjan Saxena: The Kargil Girl. For that reason itself, this film needs to be encouraged. We have become sensitive, and critical, to what is shown as entertainment in Bollywood films. But for once, critics have been unanimous in their praise of a new release. The ratings for Gunjan Saxena: The Kargil Girl tell their own story. 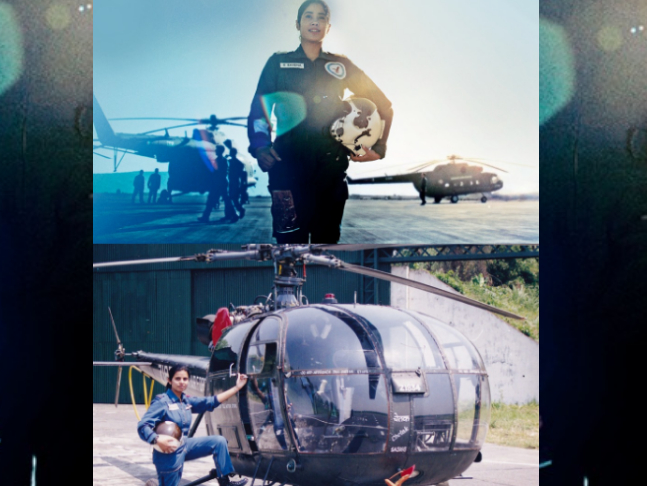 I think Janhvi as Gunjan is credible. She’s soft and subdued, suffering insult, injustice and injury after acing the physical, medical and intelligence tests to become an IAF helicopter pilot, but once the call for war is given, you see the steely glint of patriotism in her eye as she slips into the Cheetah chopper that is combat ready for Kargil. There’s no bitterness, no malice for lost opportunity, she’s a soldier at war eager to do her nation proud.

I don’t see any negative portrayal of the IAF here. The film is about the challenges and struggles the real Gunjan Saxena faced in her meteoric career in the IAF. And that is what it should be seen as. The Kargil veteran, who openly appreciated her Bollywood biographical, went on to say that “If you had the will and the skill, both genders got the same opportunities in the IAF”. No mention of this not being what it was like back in her day. What’s also praiseworthy is that here’s a war biographical in which director Sharan Sharma if he was playing to the gallery could have exploited the 40 missions IAF’s Flight Lieutenant Gunjan Saxena bravely carried out to evacuate injured soldiers, transport supplies and assist in surveillance during the high-altitude mountainous warfare in Kargil. But he’s kept it to just one offensive she was involved in.

The rest of Gunjan Saxena: The Kargil Girl is an inspiring tale without costumes and makeup, songs and dances, of how this young girl unapologetically persevered to become an IAF helicopter pilot at a time when Indian women were pursuing every career but one in the defence forces. Janhvi Kapoor ought to be the poster girl for the IAF. Not trolled for accepting this role of a lifetime.