Ayushmann Khurrana, after playing a tenant to Amitabh Bachchan's landlord in Shoojit Sircar's recently premiered Amazon Prime dramedy, Gulabo Sitabo, is next doing a family entertainer with Kai Po Che and Kedarnath director Abhishek Kapoor. The actor recently announced the yet-untitled film where he will be seen playing a cross-functional athlete. Vaani Kapoor was revealed as the leading lady opposite Khurrana just today. And while the makers are all set to kick off the project in October with all safety protocols in place, they haven't revealed the subject of the movie yet.

Now, Peepingmoon.com has learned that Ayushmann and Vaani's film will be a transgender love story. Sources close to the project have told us that the film revolves around a guy who marriages a beautiful girl who he later realizes is a transgender. The conflict that follows after the revelation of his wife's real identity forms the crux of the story. Vaani is said to be playing the role of a transgender while Ayushmann is expected to be seen in an all-new avatar. 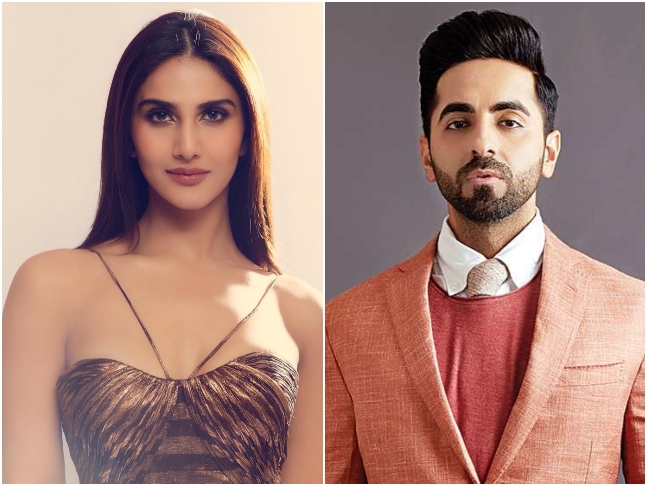 Billed as a "progressive love story", the film is believed to be a stimulating human drama that will highlight how love is love regardless of how it's packed. The movie will talk about the taboos around transgenders in a light-hearted manner like Ayushmann's previous social dramas. Set in North India, the Guy In The Sky Pictures production is expected to have all the trappings to take audiences through a ride of emotions. The film is scheduled to go on floors in October with an expected release in August 2021.

Ayushmann is collaborating with Abhishek Kapoor for the first time. Their association is being seen as an interesting development considering their respective unique brand of cinema. “Ayushmann and I are both known for a certain kind of cinema and this film is definitely a special one for both of us. We want audiences to come back to the theaters and watch movies as a community and for that we will spare no effort. We strive to bring our best game for this one," Kapoor said announcing the film last week.

PeepingMoon Exclusive: Shefali Shah opens up about the misinterpreted