Advertisement
HomeBOLLYWOODENTERTAINMENT NEWSCannes 2019: Priyanka Chopra looks like a lavender dream as she makes heads turn along with husband Nick Jonas at the Chopard party

Cannes 2019: Priyanka Chopra looks like a lavender dream as she makes heads turn along with husband Nick Jonas at the Chopard party

Priyanka Chopra Jonas made an impressive red carpet debut at the 72nd Cannes Film Festival on May 16. Wearing a glittery, shiny black gown, the actress stole the limelight. Last night, she was spotted walking hand-in-hand with her husband Nick Jonas at the film festival and their pictures went viral in no time. Priyanka and Nick were also spotted meeting fans at the Festival de Cannes 2019, giving us major couple goals.

PeeCee looked beyond perfect in a lavender mermaid dress as she made heads turn along with husband Nick at the Chopard party at Cannes last evening. The actress accessorized with statement diamond earrings and elevated with a pair of quirky acrylic heeled pumps. Nick, on the other hand, looked classy in a black suit. 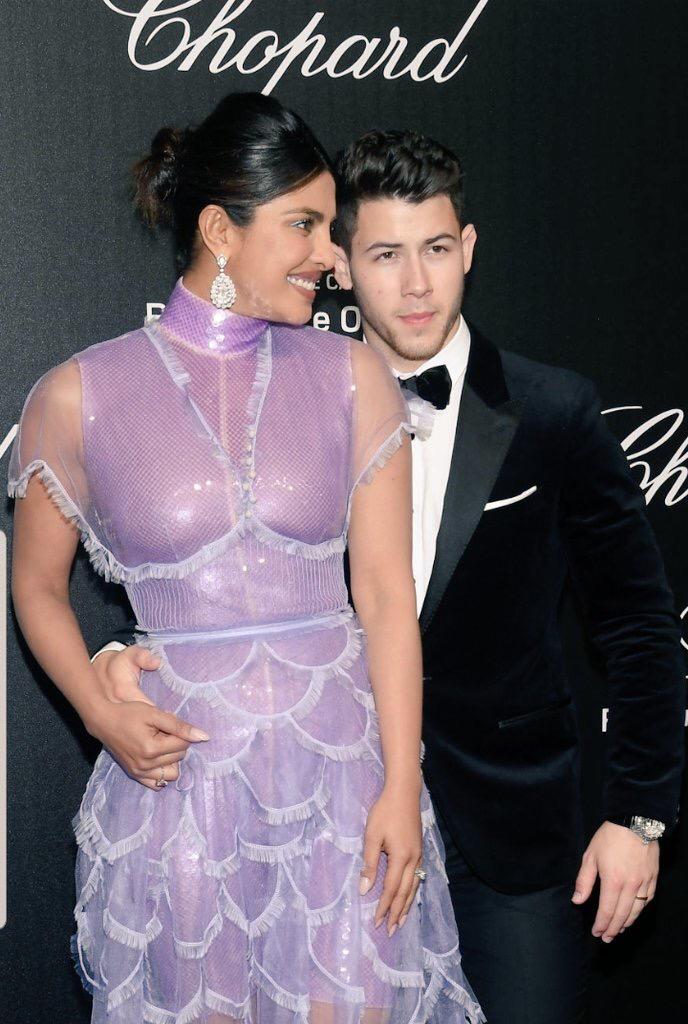 Recommended Read: My happiness begins with you Nick Jonas’, Priyanka Chopra tells husband as he joins her at the 72nd Cannes Film Festival

Later, a video of Priyanka and Nick surfaced on the internet where the two share a romantic kiss. Watch the video here:

Priyanka made her debut on the red carpet of Cannes 2019 with a Roberto Cavalli black and rose-gold sequined gown.