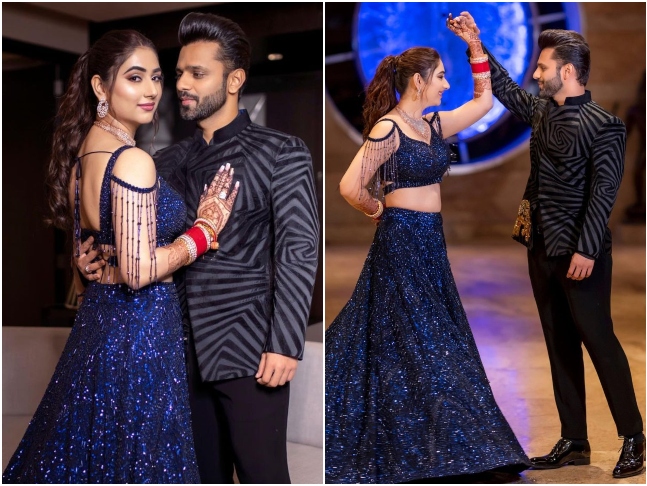 Singer Rahul Vaidya and actor Disha Parmar, who tied the knot in Mumbai on July 16, are hosting their grand Sangeet tonight for their friends and family. The first set of pictures of the two from the function have been released online.

Now, the couple's first video from the stage has gone viral. Looks like the grand Sangeet night has begun.

Rahul's and Disha's wedding photographer also released a photo of the couple posing after decking up for their Sangeet ceremony.

In another video, Rahul is seen singing Rak Ja O Dil Deewane for his wife Disha while the actress is seen blushing and smiling.