Advertisement
HomeTELEVISION NEWSTELLY BUZZIf they get married, I will give my aashirwad: Music composer Ismail Darbar confirms son Zaid's relationship with Gauahar Khan

Gauahar Khan and rumoured boyfriend Zaid Darbar are breaking the internet every now and then with beautiful photos and videos together. However, the rumoured couple has still not confirmed their relationship. Well, now Zaid's father, music composer Ismail Darbar, has confirmed their relationship and has also said that if they want to get married, they can. He also informed that Zaid called his stop mother Ayesha to tell her about Gauahar.

In an interview with a leading daily, Ismail gave his stamp of approval to Zaid's and Gauahar’s relationship. “If Zaid and Gauahar get married, why won’t I give aashirwad to Gauahar? If Zaid wants to marry her, why would I object? Zaid is nearly 29, he knows what he’s doing. In fact, that’s exactly what Ayesha told him. She told him that if he’s happy we’re happy too, and he is old enough to decide what’s good for him,” he said. 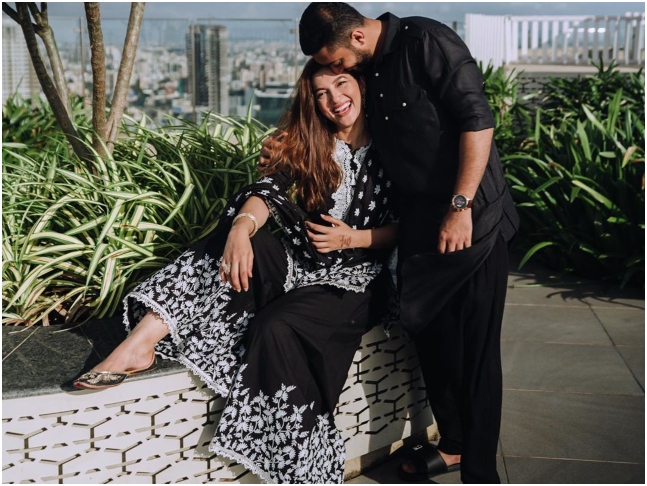 Recommended Read: Watch: Gauahar Khan's rumoured boyfriend Zaid Darbar goes down on one knee to propose to her with a diamond ring?

Gauahar and Zaid met for a dance collaboration in July and have ever since been posting photos and videos with each other. The actress even celebrated her birthday with Zaid and his family.

During a live session, Gauahar had also hinted at their relationship and questioned why two people always need to give a tag to their bond. Soon after fans started giving the couple hashtags and nicknames, #GaZa became the most famous one.