Netflix’s latest offering Decoupled series written by Manu Joseph and directed by Hardik Mehta brings the story of a married couple who have decided to go their separate ways but remain under one roof to co-parent their high school going daughter. They even hold a celebration to mark their decoupling process. The series also takes a no-holds-barred look at the hypocrisy and idiosyncrasy of Indian society.

R Madhavan plays celebrity author Arya Iyer who is married to finance manager Shruti Sharma Iyer (Surveen Chawla). After years of marriage they are slowly drifting apart but want to co-parent their teenage daughter Rohini (Arista Mehta). The series does not go into the background of how, when and where the main protagonists meet and fall in love but begins with them having a major tiff in their car. Arya is not your average chilled-out guy but a highly irritating fellow who rants about almost anything under the sun which gets him into trouble for his frank and blunt speech. His trait is detested by Shruti who gets back at him whenever she gets a chance. 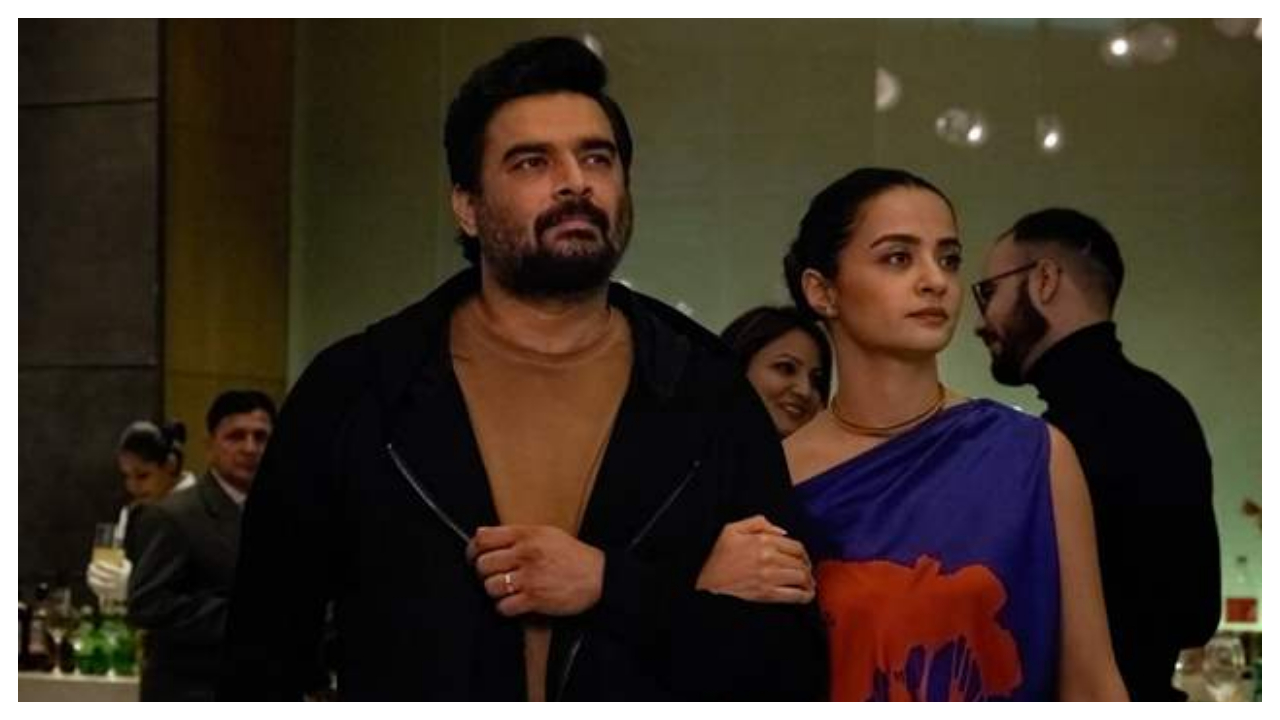 Decoupled is no weepy drama but instead a light-hearted and funny take on marital relationships, Arya’s gaffes and his inability to relate to others. The show also makes a telling commentary on the class divide as well as the influence of social media today. It also touches upon the news-making topics, country’s economy and government’s policies.

Madhavan in his first ever comedic role is a revelation and holds his own as the motor-mouth, superficial man. He is subtle, simple and effortless. Surveen compliments him with an equally impeccable performance as the independent and exasperated wife. Their chemistry is crackling whether they are bickering or in banter. 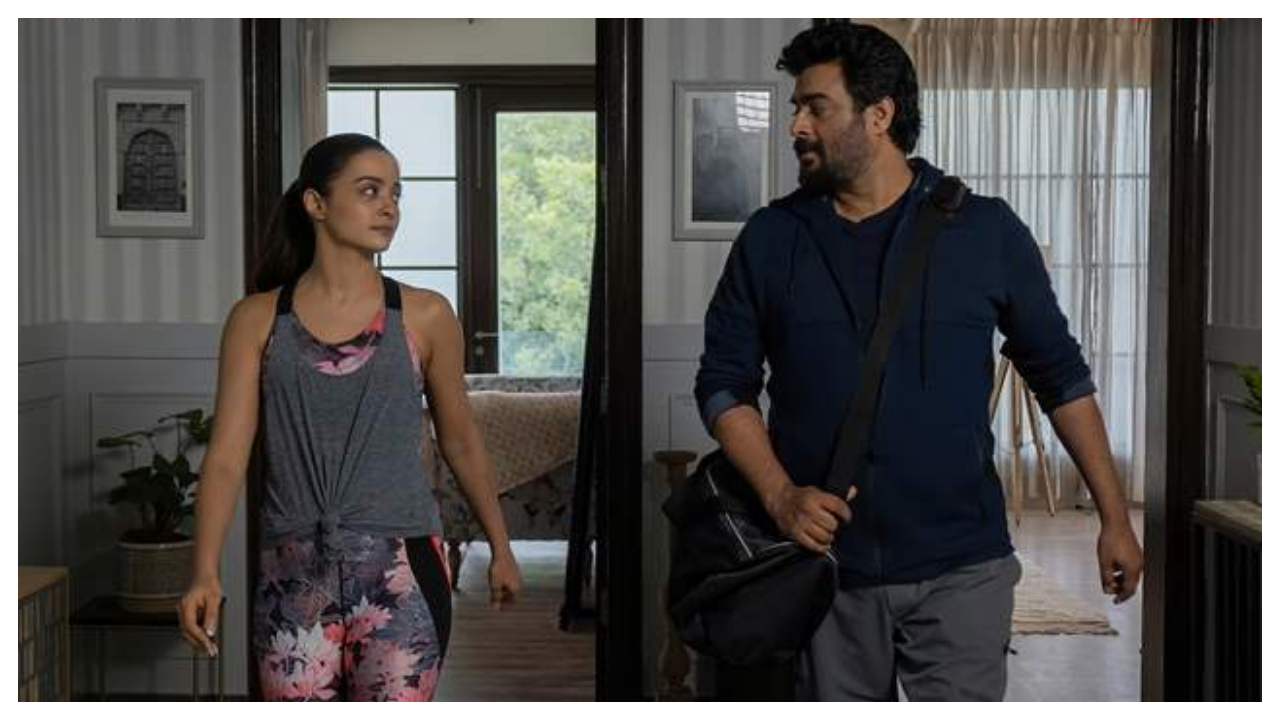 The supporting cast of Aseem Hattangady, Akash Khurana, Apara Mehta, Arista Mehta and Mukesh Bhatt play their parts well and bring credibility to the show. Chetan Bhagat also makes an appearance and is often at loggerheads with Arya. Arya and Chetan face off in one of the most hilarious sequences.

However, Decoupled has quite a few problems and most of them are in the writing department. The tone and feel of the last three episodes become scathing and end up with a sour taste in the mouth. Joseph’s writing loses its sheen and Mehta cannot overcome the blatant sexism, racism, classicism and manipulations as it becomes difficult to overlook Arya’s failings and let him off the hook so easily. 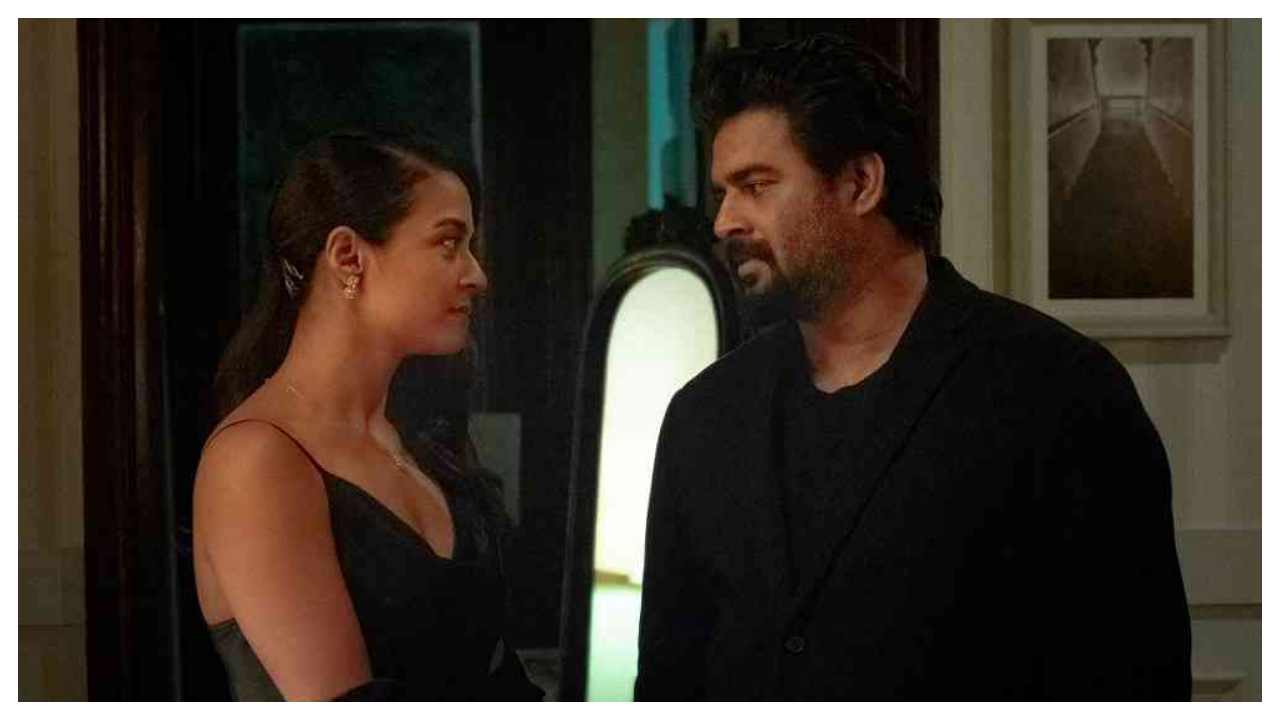 But, all said and done, Decoupled is a fun watch most of the way and brings a laugh thanks to Madhavan’s charm and his naughtiness.