Advertisement
HomeWEBCASTWebcast ReviewsCinderella Review: Camila Cabello’s film gives a modern take to the age-old fairytale with career aspirations and dreams of being true to oneself

Cinderella is a fairy tale that never gets old. The story has been passed down through years and still holds an appeal over not only children but adults as well. Traditionally a tale about the triumph of good over evil and dreams coming true because of one being virtuous, Cinderella has umpteen numbers of lessons embedded in it. The latest film Cinderella that is releasing on September 3 on Amazon Prime Video is a modern take from the traditional tale and follows the young Cinderella who lives with her abusive and overprotective stepmother and stepsisters. Here, the stepmom and the stepsisters are not purely evil but in a lot of ways bound by the society’s prejudices and stereotypes.

It is the first live action remake since the Walt Disney Company’s 2015 Cinderella and stars Camila Cabello and Nicholas Galitzine in the lead roles. The supporting cast is equally stellar with Idina Menzel, Pierce Brosnan, Minnie Driver, Billy Porter, James Corden, James Acaster, Romesh Ranganathan and 11-year-old YouTube sensation, drummer Nandi Bushell thrown in for good measure. Written and directed by Kay Cannon, Cinderella stands apart from the original story with regards to that not only the titular character but almost everyone in the film gets the chance to follow their dreams and get their own happily ever after. Not only Cinderella, but it’s the people around her including her stepmother Vivian (Idina Menzel) and King Rowan (Pierce Brosnan) who start seeing things in a new perspective.

Camila Cabello plays Ella aka Cinderella in her feature film debut and aspires to be a dressmaker and wants to make it big in the world. The only glitch in her dreams is the fact that society does not support a woman with a career or any means to fulfill her dreams. Marriage is the only option for a girl and being a businesswoman is definitely frowned upon and a sure shot ticket to being an outcast from society. Here the man must become King even if he is inept and unwilling to take the crown whereas his much able and intelligent younger sister who will be a fit Queen must remain in shadows. Also, he must conform to the rules and get married to further and advance his kingdom. Prince Robert is told, “Kings marry for power, not love.” 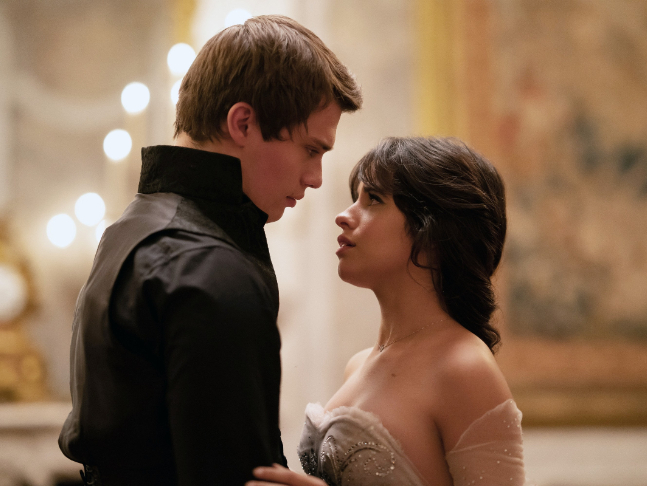 Cinderella is a far cry from the usual Disney fare and is set in an inclusive multicultural kingdom which is still steeped in tradition. So you have ample representation of Blacks, Mixed-race people, Indians and Asians which deserve an applause. Even the costumes have been kept in mind and shows diversity without going over-the-top or stereotypical, they are all in fine taste. Here, the protagonist is not a submissive girl looking for a happily ever after with her Prince Charming but a feisty and smart girl who wants to be a businesswoman by opening her own boutique-cum-fashion label and travel the world, thus owning her life on her own terms.

Camila as the titular lead is funny, dazzling and has envious screen presence. She sings and dances like a dream and has a sense of humour generally not associated with the character of Cinderella. Camila excels in the song department and her renditions bring energy to the story. On the other hand, Nicholas Galitzine is equally commendable as Prince Robert who supports Ella in realizing her dream and takes a stand to give up the crown while passing it to his sister Princess Gwen (played by Tallulah Greive). 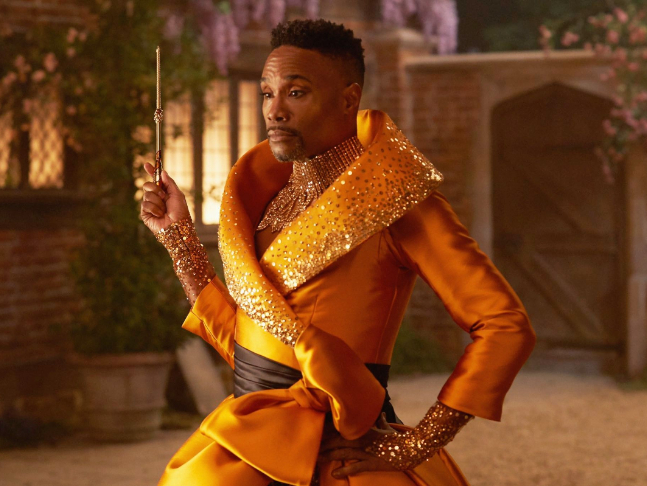 Pierce Brosnan as King Rowan plays the dominating and authoritative ruler but ensures that there is enough humour in his scenes so that he never comes across as a tyrant. Minnie Driver as Queen Beatrice looks pristine and impeccable and delivers one scathing remark after another and eventually manages to make the King understand that the world is changing and hence the rules and his own attitude must change. Billy Porter, as the fairy godmother in a shimmery high-collared ensemble coupled with golden, dazzling pants and a necklace to boot is ravishing. He completely owns the character and not even for a minute do you realize that the fairy godmother of the story was a wizened old, plump woman and not this Black man flamboyantly dancing in high heels and couture clothing. Idina Menzel as Vivian the evil stepmother is made more humane in Cannon’s Cinderella. She is caught between a rock and a hard place with three adult daughters on her hands and no means of getting them a good match that will eventually get them out of poverty. Idina, as usual excels in her role and the songs where she lends her voice are some of the best pieces of the film. James Corden, James Acaster and Romesh Ranganathan give ample support to Camilla as her little tailed-furry friends. Don’t miss a cameo by Nandi Bushell, the 11-year-old drummer and social media celebrity who also gets her dream come true in the film. 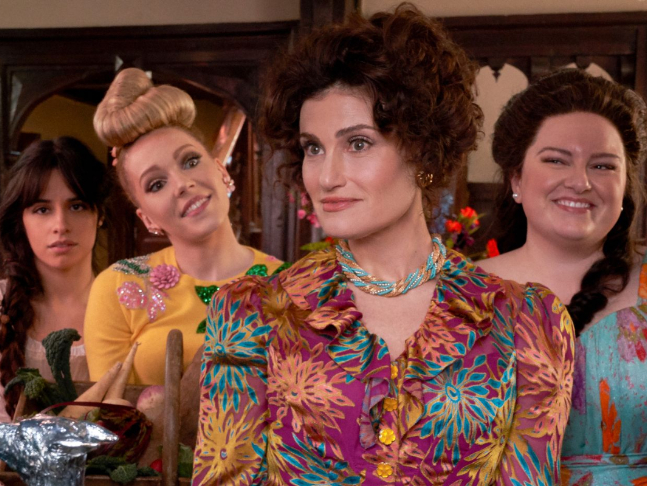 Kay Cannon’s direction is top-notch as she manages to give a new and exciting spin to the well-known fairytale. Her film is inclusive, has the perfect representation and manages to impart an important life lesson as well tinged with humour and no soppiness. She has managed to blend in contemporary songs and dances in the film and manages to tie up the two worlds of real and magical neatly. Mychael Danna and Jessica Rose Weiss’ music is peppy and gives a soul to the entire film, however, they do tend to be too many. Ellen Mirojnick’s costume will make you say ooh-la-la. Ashley Wallen’s choreography gives ample amount of screen space to every character to showcase their dancing skills. 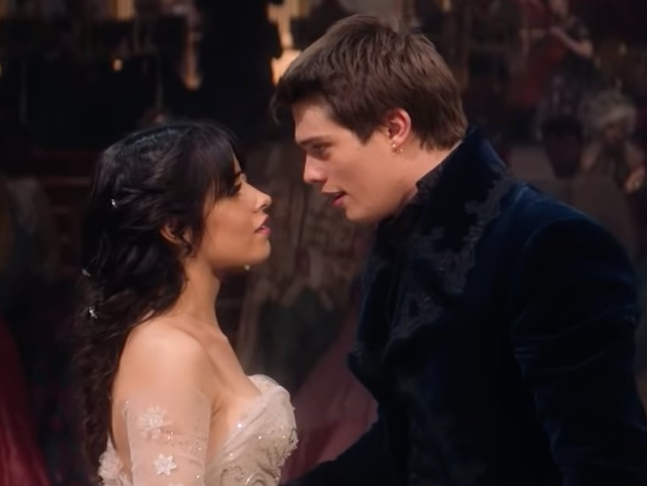 However, what does not work for Cinderella is the lack of strife. Everyone changes their viewpoints and traditional beliefs in an eye-blink which seems a bit surprising. Although, Cannon's take is commendable she could surely have put in a little more struggle for the characters which would have made it a more credible watch. Nevertheless, Cinderella is a feel-good rom-com with a modern take on what and how society and life should be without the prejudice of caste, colour, sex or creed.

It’s high time we all realize our dreams and break the shackles imposed on us. Do away with your old ideas and go watch Cinderella for the pure warm fuzzy feelings it gives.