Director Bugs Bhargave Krishna’s Nail Polish is an intriguing crime-thriller which manages to keep the audience’s interest with its twists-and-turns. Written by Krishna himself, Nail Polish is about a popular sports coach Veer Singh (Manav Kaul), accused of raping and murdering two migrant children and suspected of having killed dozens of others.

Arjun Rampal plays the famous defence lawyer Sid Jaisingh while ‘Sarkari vakeel’ Amit Kumar is played by (Anand Tiwari). Judge Bhushan (Rajit Kapur) is the one presiding over the case and keeping an open mind in what looks like an open-and-shut case. However, the case turns into a murk y story of past trauma, split personalities, sexual violence etc. While Nail Polish gives only bare essentials of the lawyers’ and judges’s backgrounds it is Veer Singh whose backstory gets highlighted with depth and detail. 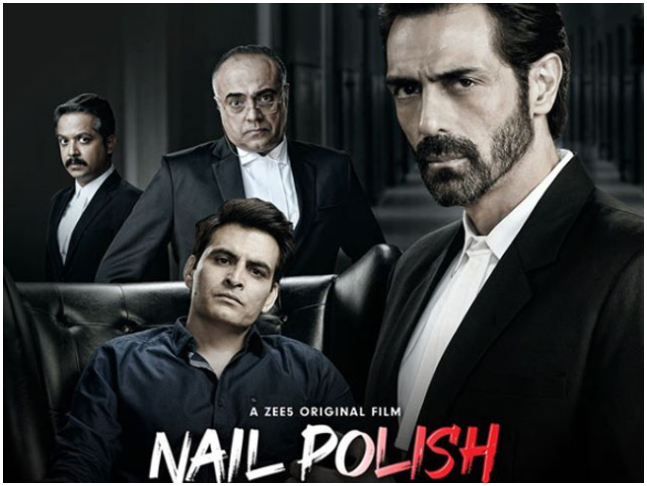 RECOMMENDED READ: Arjun Rampal hints at losing friends in the aftermath of Bollywood drug probe as he bids adieu to 2020, says ‘have never been on the wrong side of the law’

The plot is fast paced and shells out interesting details about the characters’ personal and professional lives. Rampal’s Jaisingh is seemingly soulless and doesn’t seem to care for the women he is close to. Tiwari has a cozy home life but is asthmatic whereas Judge Bhushan (Kapur) has an alcoholic wife (played by Madhoo) who is as fond of the liquor as she is of her husband. Veer’s dark past has a beautiful woman in it (Samreen) but her plot is written sparingly- the story remains from start-to-finish male dominating as it touches upon sexual violence rarely explored in Hindi cinema. The performances by all the actors are restrained and well-matched to the unfussy narrating style of the film. Manav Kaul impresses in his diabolical character. Rampal is brooding and noteworthy. Madhoo’s performance will make you wish the actress did more roles. Bhargava’s direction is taut, crisp and not over-the-top. The courtroom drama does not have any lengthy monologues keeping the suspense and the thrill intact.

Nail Polish is a smartly handled crime-thriller that will keep you intrigued and comes as a pleasant surprise.