Show: Never Have I Ever

With Never Have I Ever, Mindy Kaling is back at the helm of a series that attempts to stand true for teenagers. However, Kaling who has featured in television shows as actor, producer, writer and others is not facing the camera but is the show’s co-creator along with Lang Fisher. The protagonist of the new Netflix show is called Devi meaning ‘goddess’ in Sanskrit but is no demure young lady.

Played by newcomer Maitreyi Ramakrishnan who was chosen from 15000 possible candidates in an open casting call, Devi breaks any cultural stereotypes you may have of geeky teenagers or Indian young women living in the US. She is not a nervous geek pining for love or being a pushover. She is smart, intelligent, feisty and rebellious teen that lets her temper get the better of her more often than should be allowed. She is brash and slightly arrogant that often gets her into trouble. This is probably one of the reasons why the creators roped in famously ill-mannered tennis legend John McEnroe to play the show’s narrator. 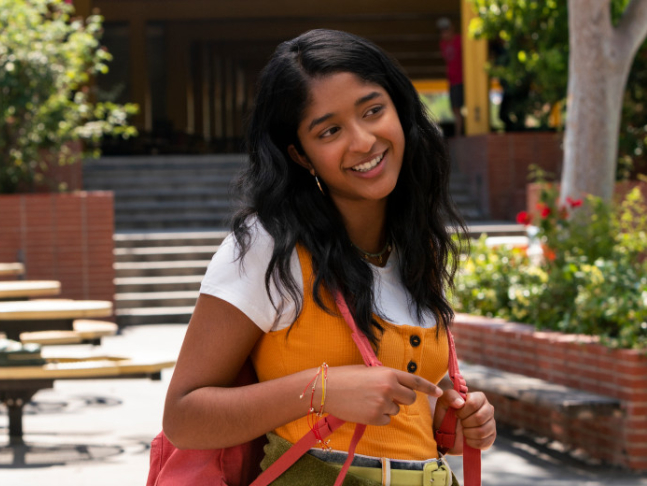 RECOMMENDED READ: ‘Hundred’ Review: Lara Dutta aka ACP Saumya's and Rinku Rajguru aka Nethra's debut show on Disney+Hotstar is full of thrill, one adventure at a time

Casting of McEnroe is probably the biggest highlight of the show. McEnroe is a born showman so his acerbic narration makes the show extremely funny. His on-court outbursts during his playing days appear on the show as well in the form of flashbacks when Devi’s deceased father (Sendhil Ramamurthy) returns as memories. The flashbacks occur when the protagonist is emotionally down in the dumps, and McEnroe’s outbursts were the very reason Devi’s father liked him. "Look at him giving it back to the umpire," her dad says to Devi as they watch an early 1980s television recording. "He is a firecracker... just like you." The 61-year-old ESPN tennis analyst provides a sardonic yet sympathetic tone to Devi’s antics. He is always on Devi's side, but he does assume an admonitory tone when the situation demands. Sample one of narrations where he described Indian aunties- “Aunties are old Indian women who have no relation to you but are allowed to have opinions about your life and shortcomings” is just plain bang on point. 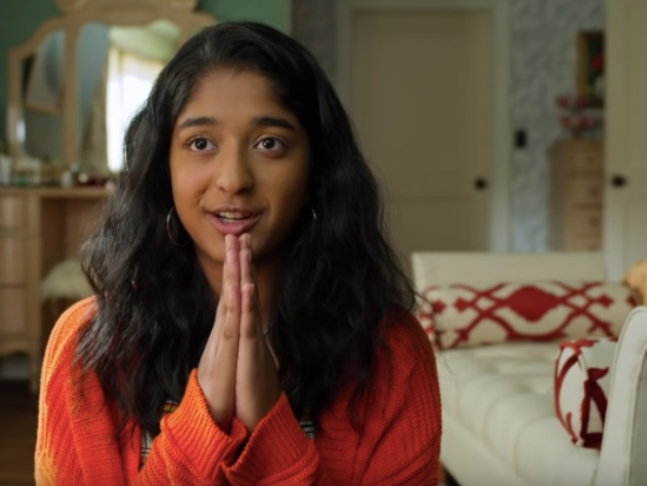 Early on in the series, we see Devi recovering from paralysis of the legs caused by a sudden and tragic loss of her father who she loved dearly and was close to during her school recital. However, her recovery is equally dramatic and quite comical too as she unconsciously stands up from the wheelchair to get a better look at school heartthrob Paxton Hall-Yoshida (Darren Barnet). Never Have I Ever shows the most difficult situations with a pinch of salt and a comedic touch that makes the series immensely appealing. The show also unapologetically tries to showcase the ethnic eccentricities and trademark associated with Indians with self-awareness and self-deprecating humour without ridicule and making it crass. 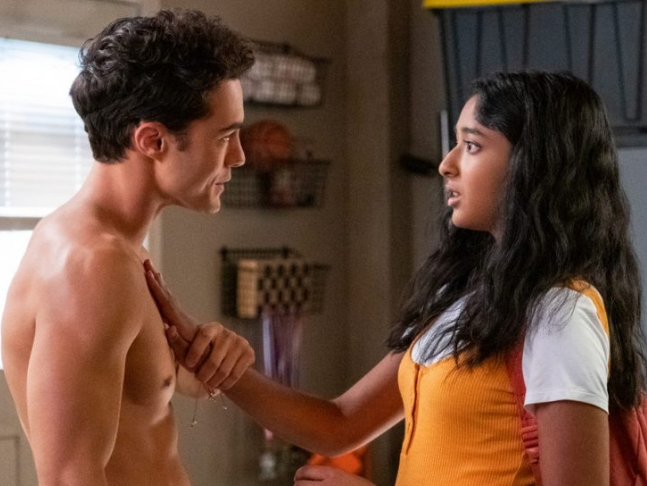 Maitreyi Ramakrishnan is smart, humourous and extremely talented. Her Devi is confident, and even though she is grappling with multiple emotional issues including coming to terms with the untimely death of her father and being recognized as an object of pity as the harp girl whose father died during the school’s recital, she is a true-blue Indian American who gets good grades, aims to go to an Ivy League University and is forbidden to not have a boyfriend until she can rent a car in her own name. However, she is unfazed by all these shackles and is hell-bent on turning things around with her best friends Fabiola and Eleanor (Lee Rodrigues and Ramona Young) by getting themselves a boyfriend so that they can do away with the geeky, immigrants tag. Along the way to fulfill their goals they discover many things, Fabiola about herself and Eleanor about her mother and Devi realizes that her arch-nemesis Ben Gross (Jaren Lewison), brings out the best in her. The great thing about Never Have I Ever is that no one is purely black, everyone has some redeeming qualities and everyone on the campus is capable of goodness if given a chance. The series is populated with actors who despite their flaws never cross the line of acceptable conduct and are never pure evil. Besides Maitreyi, another significant character is Devi’s mother Nalini (Poorna Jagannathan). She is the tough Indian parent who never shies away from reading the riot act to Devi. As the suddenly-single working mother she is excellent in the role of the Indian American parent who constantly monitors their children’s progress and wants them to become shining beacons. She has strict rules about dating and boyfriends and wants Devi to adhere to them. Devi’s and Nalini’s characters are expertly written and follow a character arc that highlights cultural idiosyncrasies and brings out authenticity and originality. However, the only loophole is Devi’s cousin Kamla (Richa Moorjani), a smart young woman studying for a Ph.D at CalTech but who is waiting for a nice arranged marriage. 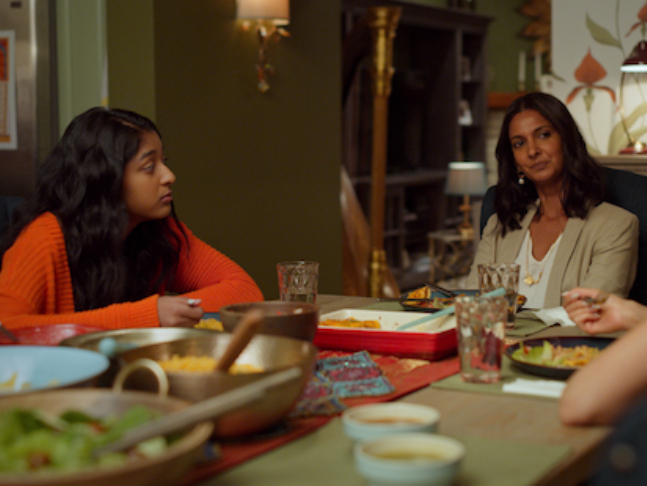 Never Have I Ever is a breath of fresh air especially since Devi is described her as a combination of Priyanka Chopra's ‘beauty’ and Ruth Bader Ginsberg's ‘incisive intelligence’ and it’s a relief to see her move away from the usual stereotypical Asians we’ve been watching on American sitcoms. The protagonist is not an American Born Confused Desi living in the Land of Opportunity and freedom and thereby makes it a clear cut winner.

The teenage drama tackles all sort of teenage issues like family conflicts, single parents, teen-sex, friends, peer pressure, high school dilemmas and boyfriends but it steers away from mindless, meaningless and damp series where the young next-door-girl finds either the high school heartthrob has had a change of heart and takes her to prom or she finally sees her faithful sidekick as the boy who always held a candle for her and goes with him snubbing away the rich pretty boy. Never Have I Ever is an emotional roller-coaster ride that is enjoyable, funny and heartwarming.

PeepingMoon.com gives Never Have I Ever 3.5 Moons.

Ranveer Singh and Deepika Padukone to bid for new IPL 2022 team along with Manchester United?

Rahul Raut’s Bol Bollywood Bol…1: Ranbir-Alia big day coming in December and it's not the completion of ‘Brahmastra’