Blazing guns, a heart-thudding background score and sleek action, that’s what sums up Sam Hargrave’s directorial debut Extraction. Written by Joe Russo of the famous Russo Brothers, who flagged off a revolution with the Avengers series, the action-thriller stars Chris Hemsworth as Tyler Rake, Randeep Hooda as Saju and Rudhraksh Jaiswal as Ovi Mahajan in central roles.

Extraction scores a brownie point for its drone shot of Mumbai. Without much ado, we are introduced to Ovi, the 14-year-old son of imprisoned drug lord Mahajan (Pankaj Tripathi). As Ovi steps out for a party with school friends, he is kidnapped on the order of Bangladesh’s biggest drug lord Amir Asif (Priyanshu Painyuli). Outraged, Mahajan instructs his loyal Saju, a former Special Forces officer, to bring back his son from Dhaka. On the other hand, Mahajan’s men approach a black market mercenary, Tyler Rake, for the same purpose in exchange of a fat pay cheque. Tyler embarks on a deadly mission against Amir. But he has just 16 hours to bring Ovi back to safely. Saju and Tyler, unaware of each other, set out to Dhaka on a rescue mission. The narrative, keeping extra gloss and sheen aside, takes us directly to the operation at hand. With guns blazing, glass and shrapnel everywhere, evil laughter and frequent bloodshed, Tyler manages to take Ovi into custody. Despite knowing that the mission can take a deadly turn, with Saju’s help Tyler promises to protect Ovi. The mercenary who lost his six-year-old son to lymphoma, feels connected to the young boy. However, what follows keeps you intrigued.

Extraction keeps you hooked to the screen with its well-choreographed action. Music plays a vital role in the experience. Right from the green-grey-brown-red colour palette that has been retained throughout to a no-nonsense treatment in terms of the script, Extraction makes for great cinematic escapism. 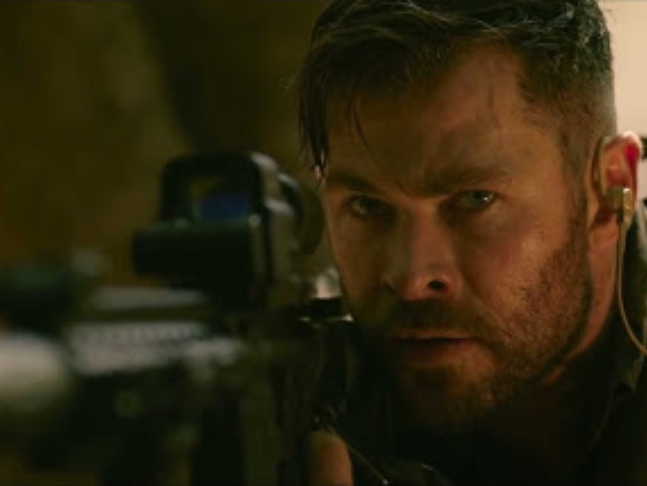 Chris, as Tyler Rake, is the highlight of the nearly two-hour-long film. He communicates with his eyes and you can’t stop looking at him. He does action with a conviction that leaves no scope for criticism. Without him, Extraction would have been a dull-fest. Randeep, unfortunately, gets lesser screen time but makes the most of it effortlessly. His fight sequences with Chris are works of perfection. Rudhraksh as Ovi does justice to his role. Pankaj Tripathi and Priyanshu Painyuli get little to do.

Given that the Russo Brothers are known for detailed character sketches, Extraction’s characters seem half-baked. Neither the reason for the kidnapping is revealed nor is the purpose behind appointing two men for one rescue mission stated. But if their superheroes Thor, Black Widow, Iron Man, and other Marvel Cinematic Universe characters are anything to go by, Extraction is likely to have sequels and prequels in the future. 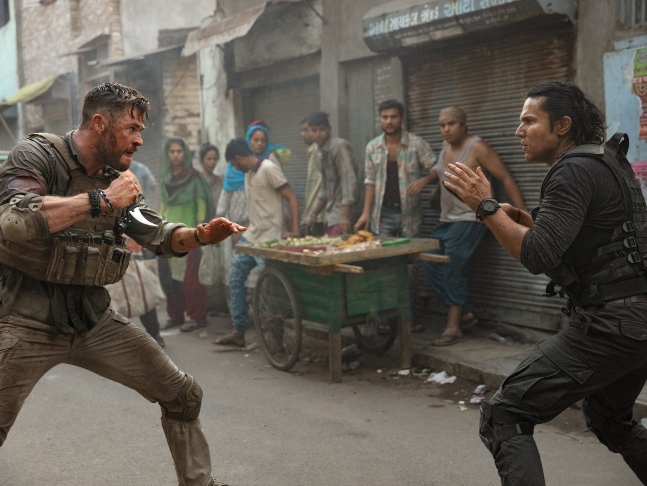 Editors Peter B Ellis and Ruthie Aslan keep the film crisp and clean while director of photography Newton Thomas Sigel scores a point for capturing every shot with finesse. Screenplay by Joe is raw, rugged and sharp. Music by Henry Jackman and Alex Belcher is impactful. With a couple of hit-and-miss moments, Extraction is a power-packed thriller and a fairly engaging tale that shouldn’t be missed.