Just like its shows on the digital space, the new launches of ALTBalaji and ZEE5 originals always mesmerize the audience with their new path-breaking originals. Breaking the shackles of our notions and marking yet another progressive and clutter-breaking piece of content that continues the home-grown streaming giants' legacy; the digital platforms just dropped the trailer of the much-awaited show The Married Woman in presence of OTT Disruptor and Content Czarina Ekta Kapoor, Samar Khan – COO-OTT Business Juggernaut Productions, director Sahir Raza & the cast including Ridhi Dogra, Rahul Vohra, Nadira Babbar, and Suhaas Ahuja.

Based on celebrated author Manju Kapur's bestseller novel The Married Woman, the trailer dives deep into the characters of Astha and Peeplika. The story, set in the nineteen nineties, revolves around Astha, an ideal wife, daughter-in-law, and a perfect mother; who has everything a woman can hope from her marriage- a responsible husband, in-laws, and two children, yet she feels incomplete as an individual. Breaking the norms of the normal society, she sets out on a journey of self-discovery and finds her path. Thus ensues, the story and the journey of a married woman. Peeplika on the other hand is a complete contrast, an artist who’s never been interested in anything the least bit conventional who helps her explore her path on self-discovery.

While the event started with a beautiful recreation of the show's poster by the talented sand artist Nitish Bharti, another highlight of the evening was the show's actress Monica Dogra joining the cast and the gathered media live from Los Angeles! The impressive trailer was well received by the media members and left everyone awestruck with Manju's sensitivity in dealing with a woman's inner turmoils and conflicts through her novel. The trailer has deftly and beautifully voiced the varied phases of Astha, the protagonist who struggles through her inert conditioning v/s her individuality. 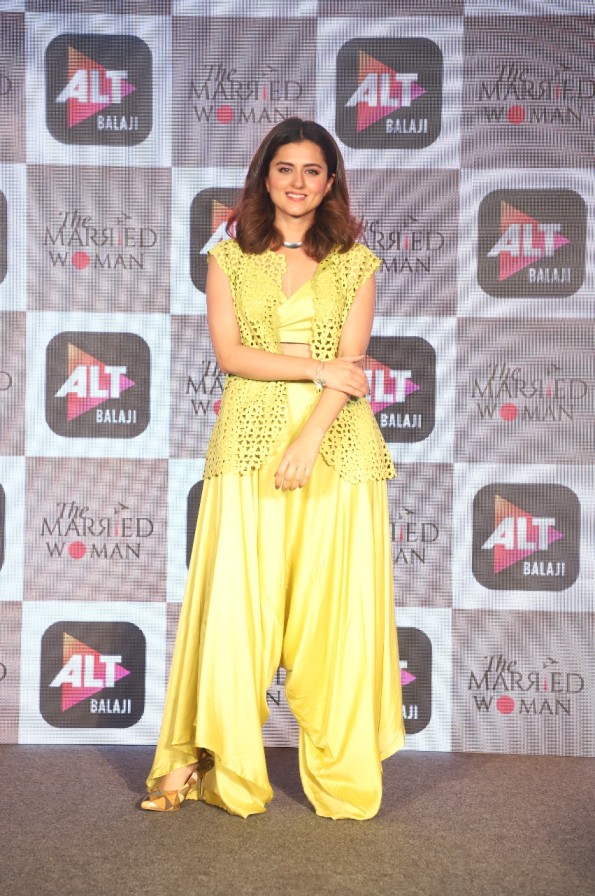 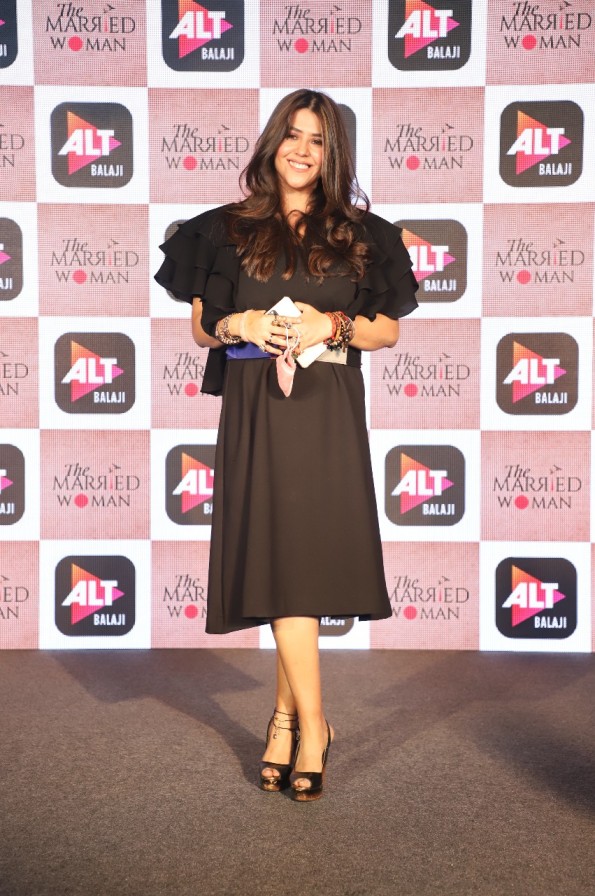 With the show all set to release on International Women's Day (March 8), the two platforms added to the excitement by unveiling the trailer of the much-awaited show through an on-ground press conference. Filled with glitz and glam aplenty, the trailer launch event was an evening to cherish and witnessed famous faces from the entertainment fraternity and many more who applauded the heart-warming trailer and stellar performances by the ensemble cast.

Speaking about the trailer and her vision to back the show, Ekta Kapoor shared, "I won’t say it’s a proper book adaptation. See, any book when it’s directly adapted, it's doubtful. In this, we took the story and made it ours, without the book's essence being lost and made it the story it is and I hope people love it. I liked the book but there was no way I could make it into a show so I waited for a medium, where people could choose the content and it could come out in a different way and I guess, this is the medium for it. There are some books that lend themselves to screenplays that can be formed.” 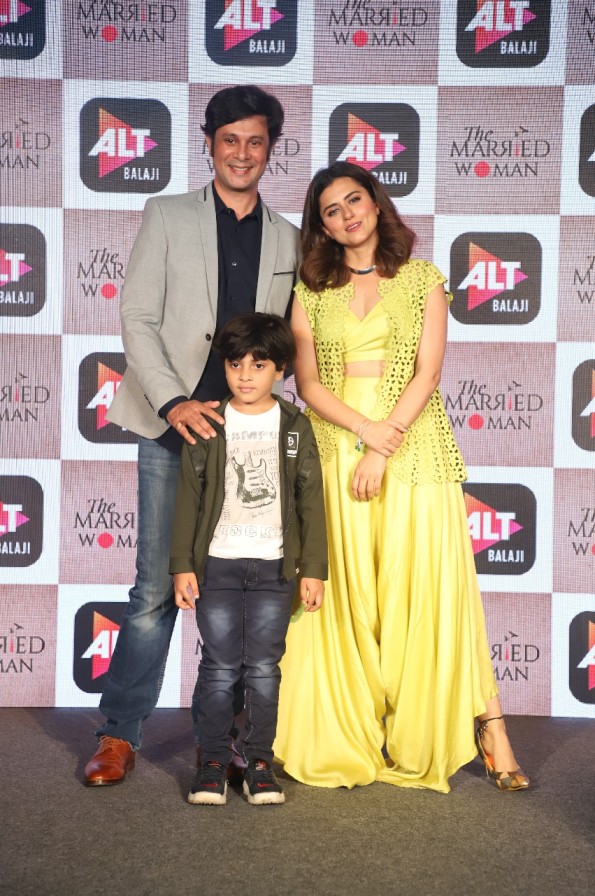 Throwing more light on her craft and acting for the OTT platform, Ridhi Dogra further quipped, "My working style is similar to the way it used to be when I worked on shows and I was equally comfortable here. So, as an artist you could be in any medium and my job is to add value to the project I am doing and that's what I have tried to do here. There was one small difference here that I was putting in 5000% and everybody was doing that too, and I think that was great because everyone is committed to telling the story in a certain way. We all came together and practiced a lot. All of us sat on the sets and discussed how to do scenes and other such things. It was very helpful and i am hoping the show does well.”

She further added on her character, “She is a working woman, a homemaker, takes care of the children as well as her own world. My homework was to just observe every woman, and portray them through my performance. I think it was very easy for me to imitate because I had so many women on my mind when acting. 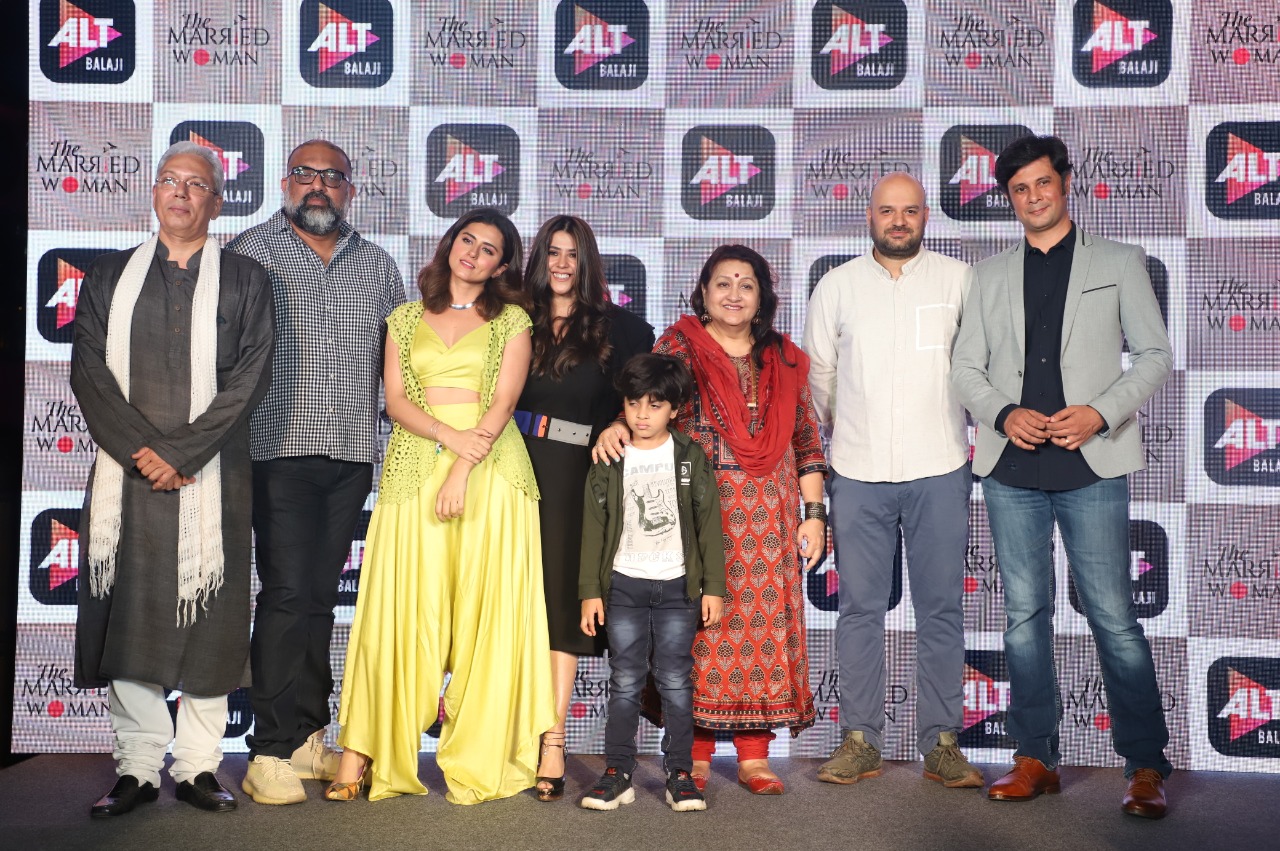 Monica Dogra further added, "For me, the endeavour was an experience with a great story and such great choices as a human. Representation is so important in art, you know to see characters that we actually found and look like me; stories I did; people I have known but not in an unbelievable way but a believable way. So many of them that I know in the world, don’t have a comfortable space for drama. That was really exciting but at the same time, I had the question how will all this be received? What will happen if people see this because it is so truthful. It's honest, I haven't watched it but I was scared how a male director would present this story but It was incredible the way he worked on it. With OTT comes radical honesty. It brings issues to the forefront.”

Koffee With Karan 7: 'I'll be heartbroken if audience doesn't like Laal Singh Chaddha,' says Aamir Khan admitting he is 'stressed' ahead of film's release