Advertisement
HomeWEBCAST Neha Dhupia returns with a work-from-home edition of 'No Filter Neha 5'; Saif Ali Khan to be her first guest

Neha Dhupia returns with a work-from-home edition of 'No Filter Neha 5'; Saif Ali Khan to be her first guest

Building their podcast properties further, South Asia’s largest music and audio streaming service JioSaavn is launching the fifth season of No Filter Neha. Co-created with Neha Dhupia’s ‘Big Girl Productions’, this #WorkFromHome edition of the chat show is aimed at bringing forth raw, uncensored stories from celebrities across fields. The show will open with an exciting episode with Saif Ali Khan on August 25, 2020. 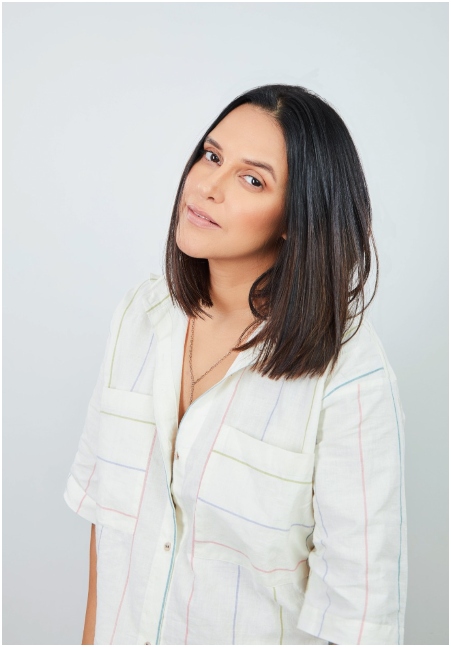 For the first time, #NoFilterNeha will also lend itself to a new initiative #NFNCares under the #NoFilterNeha banner, putting the spotlight on young leaders. Neha will speak to children who have been champions for change in their own right, from breaking the taboo around menstruation to preventing child marriage in villages and more. #NFNCares has partnered with Save the Children through the Dream Accelerator Initiative which focuses on deepening the engagement with children who are empowered and taking on independent projects for social change. JioSaavn users and fans of the show can choose to be a part of this initiative by donating to the cause, simply by tapping on the banner on the app.

Excited for the fifth season, actor, producer and host, Neha Dhupia said, “This season is different from the previous seasons in terms of the approach. While the format remains the same, this one is a bit special for me since we’re all trying out something new and have all walked in with great enthusiasm. The idea is to keep coming back and giving our fans exactly what they’ve loved us for. We are adapting to the new and have recorded the whole podcast from our homes. So, this season is straight from my home to yours.”

The 12-episode series on JioSaavn will premiere on August 25 with new episodes every Tuesday.