Advertisement
HomeWEBCASTMichele Morrone justifies his 'kidnapper' character from '365 Days', calls it similar to Disney's classic 'Beauty and The Beast'

Michele Morrone justifies his 'kidnapper' character from '365 Days', calls it similar to Disney's classic 'Beauty and The Beast'

Netflix's Polish film titled 365 Days is garnering attention for a while now. Based on the first erotic novel of a trilogy written by Blanka Lipiska, the film was initially released in Poland and then across the globe. The film features Anna Maria Sieklucka and Michele Morrone in the lead and is directed by Barbara Biaows and Tomasz Mandes. Now, as 365 Days is garnering attention for the right as well as wrong reasons, Michele spoke to a leading publication regarding the film. The actor, who plays the role of Massimo Torricelli, a kidnapper who gives Laura Biel (Anna) 365 days to fall in love with him. Speaking of 365 Days, Michele went on to compare the film with Disney's Beauty and The Beast and reasoned it by saying it was 'beauty' aka Laura's decision to be with 'beast' aka Massimo.

"We are talking about fiction. It's another person's vision who wrote the book. For example, the beauty and the beast. The beast was a kidnapper. It is absolutely the same. If you watch 365 Days, there is a scene where they are together and Laura tells Massimo, 'I don't need 365 days because I love you'. So it was her decision to be with Massimo," Michele said. 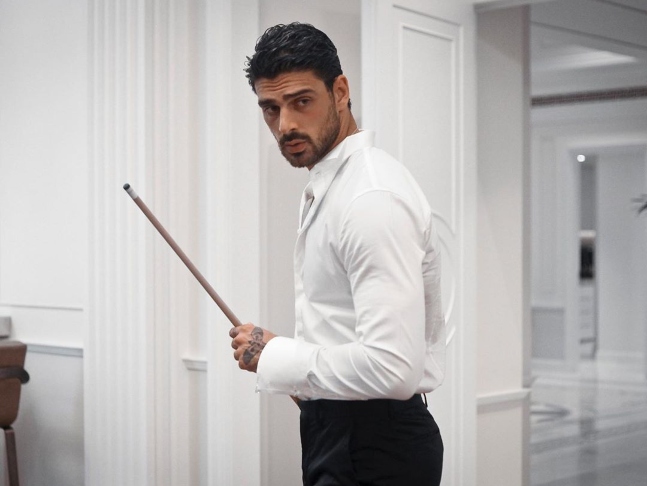 Recommended Read: 14 comedians, 10 minutes each, every hour: Sapan Verma, Sumukhi Suresh and other comedians to come together for 'Amazon Funnies: Prime Day Special'

During the interview, Michele went on to say that he was experiencing a tough time in life when he signed 365 Days. Saying that it was a task for me to play the character who is a sex addict, Michele shared, "I was dealing with a tough time in my life when I decided to do 365 Days. I am nothing like the character in the film and it was a task for me to do this role because I don't understand the world of a sex addict."

Addressing the criticism the film received, Michele said "It is based on a novel and it's someone vision. It's a fiction after all."