Advertisement
HomeWEBCASTWatch: 'Why be normal when you can be amazing,' asks Vidya Balan aka 'Shakuntala Devi' in the biopic's mathematically delightful trailer!

Watch: 'Why be normal when you can be amazing,' asks Vidya Balan aka 'Shakuntala Devi' in the biopic's mathematically delightful trailer! 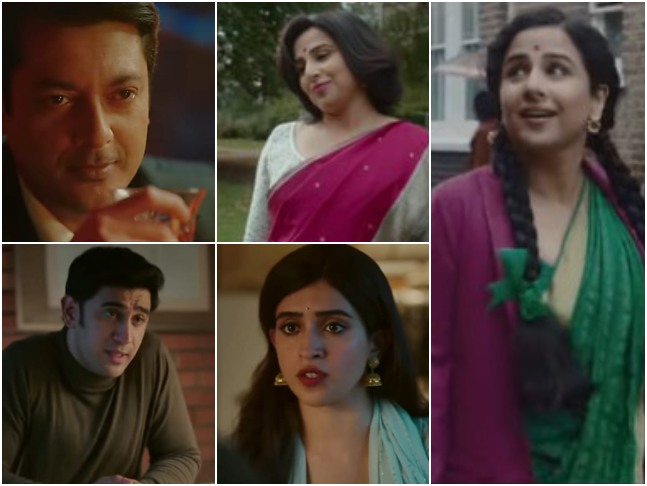 Vidya Balan's Shakuntala Devi is one of the highly anticipated films of the year. Based on the life of human calculator Shakuntala Devi, the project is directed by Anu Menon and will premiere on Amazon Prime Video from July 31. While fans are excited to watch Vidya transform into Shakuntala, the makers gave a glimpse of her mathematical world with the much-awaited trailer. The 2 minutes 47 seconds trailer introduced the audience to Shakuntala's best friend aka Maths.

The trailer traces Shakuntala's journey from being a bright child who feels Maths is not about rules but magic. Soon, with her intelligence and spontaneous calculations, she makes it to the Guinness Book of World Records. On the other hand, she shares a troubled relationship with her daughter Anupama, played by Sanya Malhotra.

Vidya transforms into Shakuntala Devi effortlessly. Be it her South Indian accent or body language, she gets it right throughout. Her confidence as human calculator Shakuntala sets the tone right for the roller-coaster ride ahead. Sanya is lovable and relatable as Anupama who shares a troubled relationship with her mother. Amit Sadh and Jisshu Sengupta make brief appearances in the trailer and it remains exciting to see how their characters shape up.