The Thane Police have arrested three persons in connection with an attack on the cast, crew and sets of a web series at an outdoor location, a police official said on Thursday. "We have arrested them early today from different parts of Thane. We have charged them under various Indian Penal Code Sections 326, 143, 180 and others," Kishore Khairnar, senior police inspector of Kasarvadavali Police Station, told a leading news agency.

They shall be produced before a local court later on Thursday for remand, Khairnar added, saying efforts are on to trace the other suspects involved in the incident. At least four drunken miscreants allegedly barged onto the sets of ALTBalaji' web series Fixerr in a factory premises on the picturesque Ghodbunder Road on Wednesday afternoon and created mayhem with sticks and rods.

In the attack, at least 10 cast and crew members of the web series were injured. These included the director of photography Santhosh Thundiyil, but the heroine Mahie Gill escaped unhurt as she ran and hid in her vehicle parked outside the venue. The director Soham Shah also was hurt, while Thundiyil was later given half a dozen stitches for his injuries, according to filmmaker-actor Tigmanshu Dhulia who is also a part of the web series. Associate producer Rajveer Ahuja said the goons also damaged valuable shooting equipments, vanity vans and lights before fleeing from there.

Here's the copy of the FIR filed by the actors against the accused: 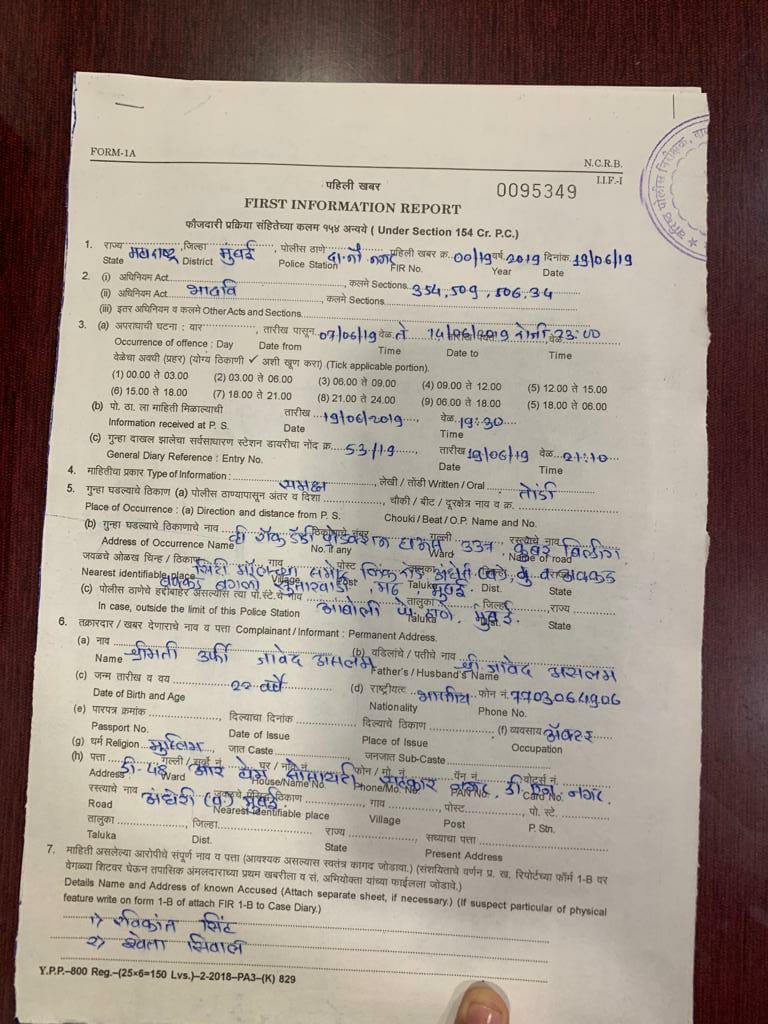 A delegation of various film and television personalities is likely to meet Chief Minister Devendra Fadnavis on Thursday to apprise him and seek protection for filmmakers from such elements.