Advertisement
HomeWEBCASTIshaan Khatter to star in Vishal Bhardwaj’s adaptation of Midnight’s Children for Netflix after opting out of Mira Nair’s web series?

Ishaan Khatter to star in Vishal Bhardwaj’s adaptation of Midnight’s Children for Netflix after opting out of Mira Nair’s web series? 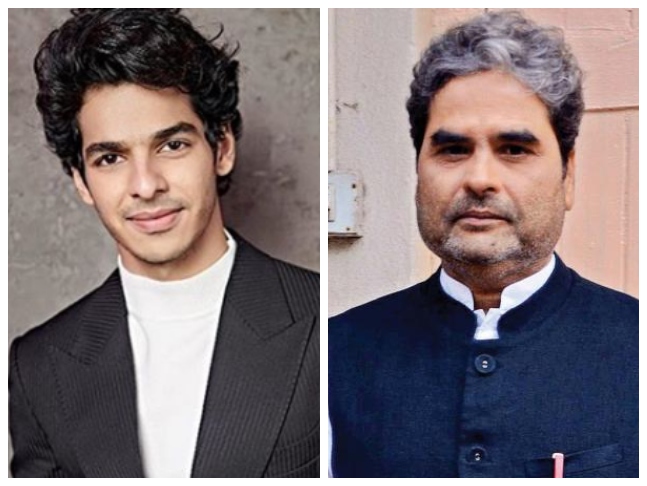 Ishaan Khatter has signed up for a film, to be directed by filmmaker Vishal Bhardwaj, a leading website reports. The film will stream on Netflix and is an adaptation of Salman Rushdie’s Midnight’s Children. Sources told the daily that Vishal approached Ishaan as he was impressed by the young actor’s performance in Iranian filmmaker Majid Majidi’s Beyond the Clouds.

No confirmation has been provided on this report so far considering that Ishaan and Vishal are in talks at the moment about the project. Ishaan, in fact, was interested in working with Vishal after watching his brother Shahid Kapoor’s films with the filmmaker. Vishal has directed Shahid in the films Kaminey and Haider.

“It’s too early to say anything, but the two are in talks. Knowing the sensibilities of the two, the film will be something to watch out for sure,” a source was quoted as saying by the magazine. Meanwhile, another report suggests that Ishaan reportedly opted out of Mira Nair’s adaptation of A Suitable Boy after signing Vishal’s film. Randeep Hooda has now signed up for Mira’s film is what the report states.

Ishaan Khatter made his debut in Bollywood with Beyond the Clouds in 2018 and subsequently appeared in Dhadak opposite Janhvi Kapoor, which marked her debut in the film industry.