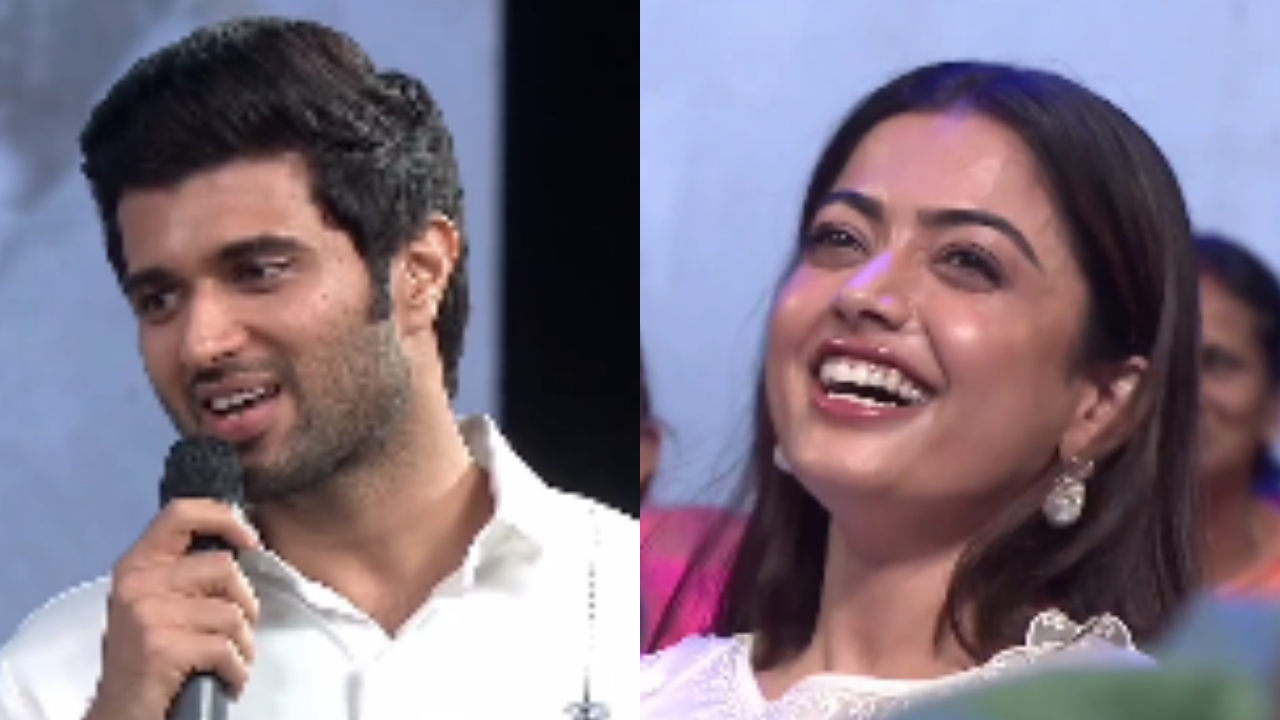 Vijay Deverakonda and Rashmika Mandanna, who have worked together in two films, share great on-screen chemistry and often train with celebrity fitness expert Kuldep Sethi are rumoured to be dating in real life. Ahead of the release of upcoming Telugu film Sita Ramam, which stars Rashmika in a key role along with Dulquer Salmaan and Mrunal Thakur, Vijay attended the pre-release music event of the film recently and left the actress blushing as he showered her with compliments from the stage.

A promo video of the show was released by the makers ahead of the film’s release and features Vijay complimenting Rashmika on her looks. He said, “Rashmika, you always look so pretty and beautiful so… Everyone is giggling as soon as I mention your name, I don’t know why,” which left Rashmika blushing in the video.

Recently, Vijay appeared on Karan Johar’s chat show Koffee With Karan with his Liger co-star Ananya Panday and refrained from talking about his relationship status on the show. However, he did speak about Rashmika and said, “We have done two films together at a really early stage in my life. She is a darling and I am really fond of her. We are really good friends. We share so much through films, lots of highs and lows. A bond gets created."

When further prodded by Karan and Ananya on the show, Vijay said that he doesn’t want to disclose his relationship status as he does not want to break the hearts of his fans. He said the day he will get married he will proclaim his commitment, till then he would like to keep things secret and under wraps.