Adapting beloved fantasy novels in a film or a series is a very difficult thing indeed. Often we see filmmakers screwing up and getting backlash from the fandoms and loyalists for not living up to the high expectations of the audience. It gets trickier still when you have a prior adaptation that has received largely negative reviews and deemed an utter flop, but with HBO’s His Dark Materials series that is based on the global bestseller written by Philip Pullman, it has largely overcome this baggage. The series which was previously adapted in the film The Golden Compass starring Daniel Craig and Nicole Kidman in the lead left fans dissatisfied and unhappy. Fortunately, His Dark Materials lives up to the challenge and are successful in creating and bringing to life the alternate universe Pullman envisioned in his books.

It also helps when the author is the executive producer of the series. His Dark Materials is set in an alternate universe very much like our own where people dress and speak like us but are yet very different as the souls of human beings exist in the form of animals called daemons, which are particular to every individual according to their very nature.

The series follows the story of 12-year-old Lyra Belacqua (played brilliantly and effortlessly by Dafne Keen who starred in Logan opposite Hugh Jackman). She is an orphan living a sheltered life in Oxford’s Jordan College and has one true friend, a young servant-boy called Roger (played by Lewin Lloyd). Lyra’s daemon is an animal named Pantalaimon, and because Lyra is still a child, his shape is not yet settled, but changes according to what she is up to at that very moment, like becomes a moth when she is spying or a polecat when fighting. 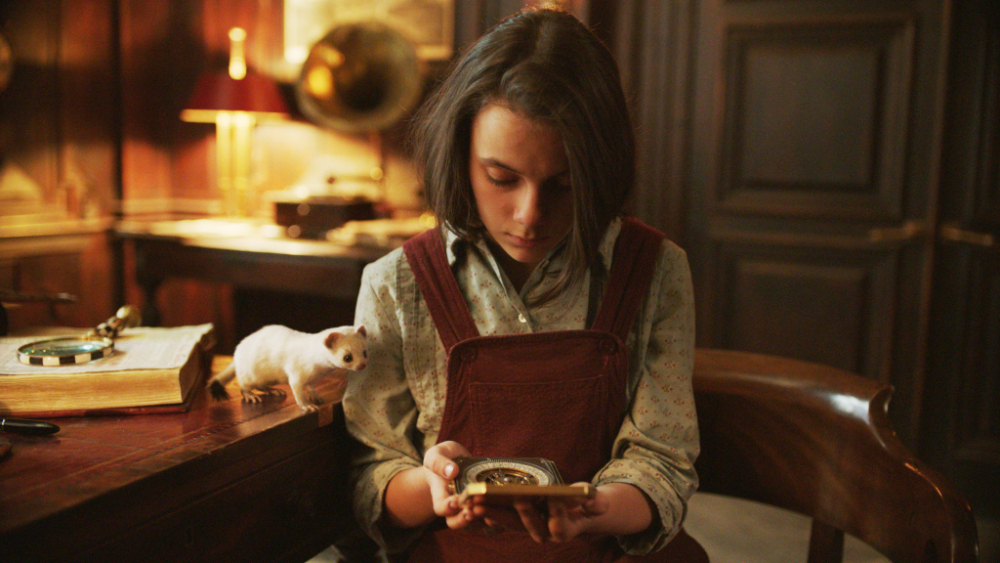 Lyra aspires to become an explorer like her uncle Lord Asriel (played by James McAvoy). The world she inhabits is ruled by Magesterium, a Church-like order who gets skittish when they hear the word Dust. However, things take an ugly turn when she is drawn into the mystery of a series of kidnappings after her friend Roger goes missing. She is taken out of the sheltered atmosphere of Oxford by Mrs. Coulter (played by Ruth Wilson) having chosen her as a protégé and promises her of finding Roger. Her journey out of Oxford will lead her to uncover a sinister plot and probably fulfill her prophecy too.

Pullman’s series is highly complex and dense but the series manages to pull it off with impeccable simplicity, approachability and warring belief systems as well as remarkable CGI. However, it is the performances that being top-notch will ensure people will forget Game of Thrones and get hooked on to His Dark Materials. Ruth Wilson is charming yet sufficiently cunning. She gives the character a sinister edge that the previous adaptation could not provide. Her daemon, a monkey is very much like her and we often get to see her malevolence just like the simian. She is chilling and scorching at the same time and is an absolute thrill to watch. 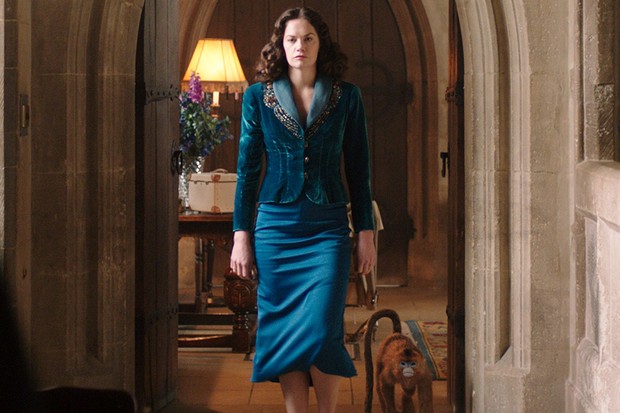 Dafne Keen is impeccable and she lights up the screen with her spunk, anger, resolution and courage. She impresses once again with a nuanced and layered performance that gives a depth to her young character. She is an able protagonist and a soldier worth fighting with in the series. Her Lyra is a testimony to the fact that her critically acclaimed performance in Logan was no fluke. Lin-Manuel Miranda as aeronaut Lee Scoresby is the most charming character in the series. He brings a little comic element to the series and is a pure delight to watch. His confrontations with his daemon, a hare is also noteworthy. The real miss is James McAvoy’s Lord Asriel who doesn’t quite fit as the character of Pullman’s novel. His acting is good but he does not come as the forceful and strong character that the book describes. 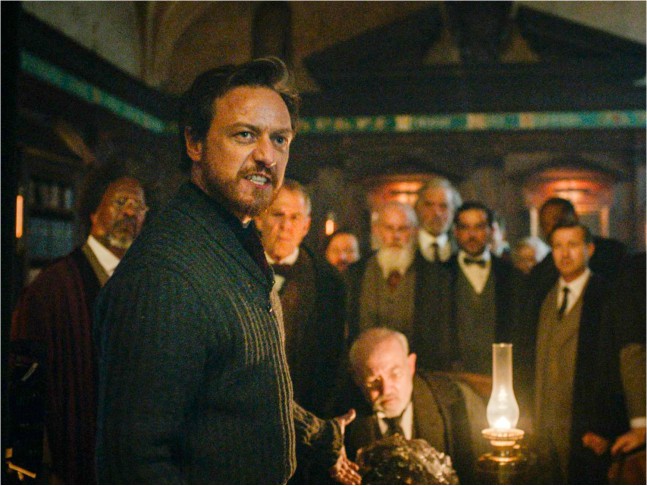 The show shines with its remarkable CGI and special effects. It is stylish, rich and unusual and is a visual spectacle. The whole of Pullman’s trilogy is planned to fit into three seasons. The first season is based on The Northern Lights (titled The Golden Compass in the US) and will last for eight episodes. The second season is based on The Subtle Knife that is currently under production and finally the last part is based on The Amber Spyglass.

The show might seem a bit slow at first but it quickens its pace when it manages to get its teeth in the plot. His Dark Materials is well-crafted and does justice to the parallel and sinister universe created by Pullman in his trilogy. The series will definitely appeal to the fans as well as people who have never read the books. It is definitely a must-watch.