Advertisement
HomeHOLLYWOODReviewsAvengers Endgame Review: The film is everything you expected it to be - but bigger!

Avengers Endgame Review: The film is everything you expected it to be - but bigger!

Anyone who is familiar with the features in the Marvel Cinematic Universe will tell you that April 24th was THE event. Avengers Endgame, the long-awaited film that would make many wrongs right, was to be released. And now that it has, one thing is for sure – it’s everything we were expecting it to be.

It’s the beginning of an end. Thanos (Josh Brolin) has wiped out half the universe and Tony Stark (Robert Downey Jr.) is staring out into the space on Titan. The film opens as Tony Stark records an emotional message to anyone who may find him. He’s stranded on a spaceship with Nebula (Karen Gillan). Clint Barton/Hawkeye (Jeremy Renner) is having a cool day with his family when his wife and kids disappear. Natasha Romanoff (Scarlett Johansson) and Steve Rogers (Chris Evans) along with Bruce Banner and James Rhodes attempt to keep up hope but to no avail. Eventually, it is Carol Danvers/Captain Marvel (Brie Larson) who rescues Tony and Nebula and Scott Lang/Antman (Paul Rudd) returns from the quantum realm to come up with a novel idea to save the universe and undo everything that Thanos did. 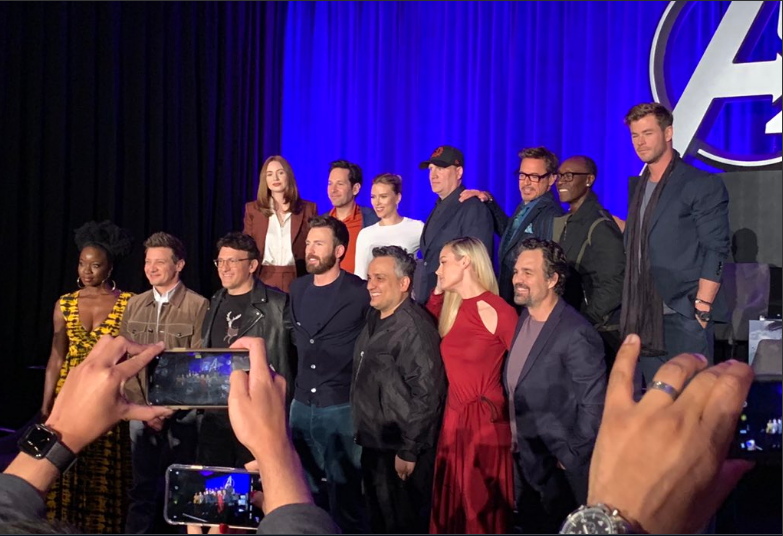 RECOMMENDED READ: Avengers Endgame Premiere: Brie Larson and Scarlett Johansson wore their own Infinity-gauntlet inspired bling and we're tempted to know if it's a sign

Why the end of the series is satisfying for many characters and their journeys is because Marvel Cinematic Universe knows when to quit. They have no drawn-out goodbyes that appear to be cheap stunts to emotionally manipulate fans into buying more merchandise. It’s a legitimate, well-earned goodbye to many loved characters. There is a delicate balance that Avengers Endgame maintains between clichés and actual engaging cinema. At no point does the film say that it’s an epic but it is. There are plenty of own goals, jokes on the premise itself. The film, fantastically crafted, sells you a pretty age-old foundation repackaged in new themes. Nothing is overdone, no one is underexposed. The political statements it makes towards the end of the film, the dawn of a new age and the rise of new icons is the befitting end MCU fans would have looked for. If you follow and love Bollywood films, the one main takeaway here is how ‘big’ movies will always do well if the script is strong enough and if the characters are built well. There were plenty of in-house jokes, plenty of own-goals and the story itself was what everyone discussed, rather than just the CGI (which was great but it was in the background and did not overshadow the real story in any way).

For good reasons, the film is an experience to cherish for fans. From the emotional goodbyes in Avengers Endgame that are a poetic tie-up with the last ever cameo of Stan Lee in the film (he passed away in November 2018), to the new beginnings that are the very essence of comic book heroes and cinematic tales, this film will not waste a single minute of your time. If you’re not a fan or never have been one, it’s time to be one. Now.