Advertisement
HomeHOLLYWOODNewsFRIENDS Reunion director reveals why Mike aka Paul Rudd and Ben aka Cole Sprouse did not join the episode, says 'sadly, we couldn’t get everybody in'

FRIENDS Reunion director reveals why Mike aka Paul Rudd and Ben aka Cole Sprouse did not join the episode, says 'sadly, we couldn’t get everybody in'

FRIENDS: THE REUNION episode aired yesterday and made every fan super emotional. Jennifer Aniston (Rachel Green), Courteney Cox (Monica Geller), Lisa Kudrow (Phoebe Buffay), Matt LeBlanc (Joey Tribbiani), Matthew Perry (Chandler Bing) and David Schwimmer (Ross Geller) entered the same room after 17 long years and it was as beautiful as it could be for fans all over the world. What made the special episode even better was cameos by super of our favorite FRIENDS guest stars.

However, Paul Rudd, who played Mike Hannigan, and Cole Sprouse, who played Ross's son Ben Geller, are two of the most prominent faces who were missed on the special episode. Director of the reunion special episode Ben Winston explained why they were not able to have all the desired cameos. He shared, “Well, we couldn’t have everybody on, because it’s only an hour and 45 minutes. And you’ve got to pay attention — the main nub of the show has got to be about the six cast members. So you can’t have too many cameos because of course, there were hundreds of amazing people who were in Friends over the years. Sadly, we couldn’t get everybody in.” 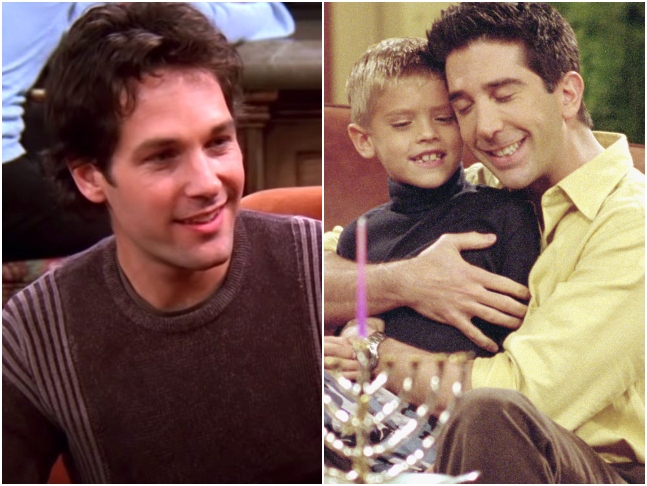 Recommended Read: FRIENDS: THE REUNION - From Gunther to Janice, meet the guest stars 'one last time'