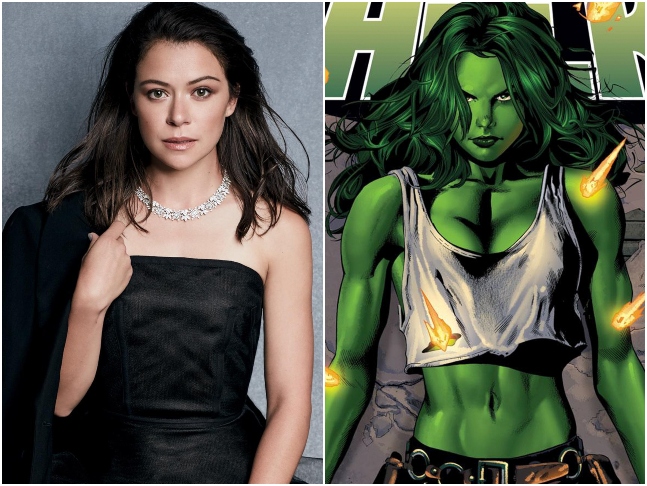 Expanding the universe of superheroes, Marvel Studios has reportedly shortlisted the lead star for their upcoming She-Hulk series. The actress is none other than Tatiana Maslany. While an official confirmation from Marvel Studios and Tatiana is awaited, Mark Ruffalo, who plays Hulk in the Marvel Cinematic Universe, welcomed the Emmy-winning actress on board.

According to sources of an international publication, She-Hulk will be directed by Kat Coiro, who will be directing several episodes, including the pilot, for the series. She-Hulk is said to be written by Jessica Gao of Rick and Morty fame. She-Hulk is the last major character to be co-created by late Stan Lee.

Speaking of She-Hulk, the character's original name is Jennifer Walters. She is an attorney and cousin of Bruce Banner, aka The Hulk.  She is transformed when a blood transfusion from Bruce gives her new powers. While Bruce couldn’t keep control of his mind when he transformed into Hulk, Jennifer can. The yet-to-be-announced series will reportedly premiere on Disney+.

Talking about Tatiana, she is still remembered for her role in Orphan Black. She was nominated for three Emmys and a Golden Globe for Orphan Black and won the Emmy for best actress in a drama series in 2016.