Advertisement
HomeHOLLYWOODNewsWatch: ‘I congratulated him but it is super weird that we are all old enough to have children,’ says Daniel Radcliffe on his ‘Harry Potter’ co-star Rupert Grint becoming a father

Daniel Radcliffe has said that he texted his Harry Potter co-star Rupert Grint (who played Rone Weasley in the films) to congratulate him on becoming a father. Rupert and his longtime girlfriend Georgia Goome became proud parents to a baby girl earlier this month.

In a virtual interview on Watch What Happens Live with host Andy Cohen on Monday said, “I texted him the other day. I’m so happy for him. It’s very, very cool. It is also super weird for me to think that we are all of the age where we are having children, but we definitely are.” Andy chimed in and said, “It’s weird for all of us,” to which Daniel replied, “I’m sure it is. I remember when I turned 30, a lot of people in my life were really depressed to find that that had happened.” 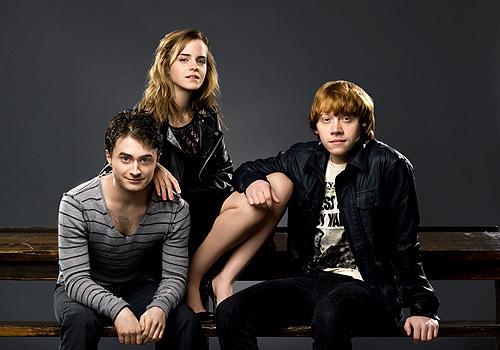 Daniel, Rupert and Emma Watson rose to fame playing Harry Potter, Ron Weasley and Hermione Granger in all eight Harry Potter films. Based on the books written by JK Rowling, the three leading actors are popularly known as the golden trio among fans.

Rupert’s and Georgia’s representative has confirmed the news of them becoming parents and said, “Rupert Grint and Georgia Groome are delighted to confirm the birth of their baby girl. We would please ask that you respect their privacy at this very special time.”

On the other hand, Daniel had been in a relationship with actress Erin Darke whom he met in 2013 while Emma is still happily single.

‘I was a troll, full stop, and am so sorry,’ says Chrissy Teigen a