Oscar-winner Charlize Theron received one of the most important awards in her life from her favourite actress Nicole Kidman on Sunday. The actress received the ‘Career Achievement Award’ for her incredible contribution to Hollywood. During her acceptance speech, she got emotional as she received the award from her idol, Nicole.

After accepting the award, she told an online portal, “Nicole Kidman just gave me an award for something that I never really, I thought that I would have this career. I think every actor always longs for longevity. We try to stay in this game for a long time and the fact that I've been able to do that, not only for this long but on my terms and make the stuff that matters to me, that means a lot." 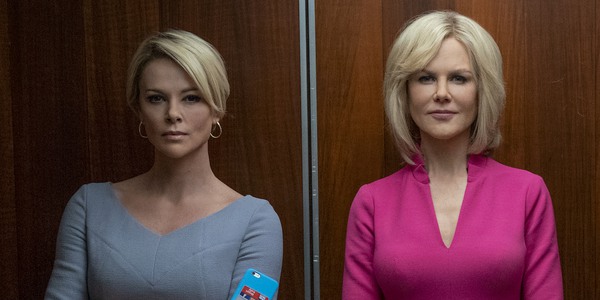 Charlize Theron and Nicole Kidman in a still from Bombshell

Charlize also expressed her gratitude to Nicole and said, “She, to me, is such an icon and somebody that I so respect and admire. For her to say all of those things and for us to finally be in a film together and not just a film, (but) something that I'm incredibly proud of that I think is incredibly important and to share that with her means a lot."

Charlize and Nicole will be sharing screen space in their upcoming film Bombshell that also stars Margot Robbie and is based on the true story of the sexual harassment allegations levied against Founder and CEO of Fox News Roger Ailes. The film is directed by Jay Roach and is scheduled to hit theatres on December 20.