Advertisement
HomeHOLLYWOODNewsBatman turns 80, set to get a new lease of life

Batman turns 80, set to get a new lease of life

He is the Dark Knight who went on to become the world's most iconic superhero without any special superpowers. He is Batman, he just turned 80 and he has added more crusades up his sleeves.

The caped crusader has been saving humanity by fighting for justice for eight decades, and the story is far from over. The multi-millionaire Bruce Wayne aka Batman will soon be back with new adventures with actor Robert Pattinson on board to essay the role of the masked superhero.

Created by Bob Kane and Bill Finger with an aim to build on the success of Superman, Batman first appeared in 1939's Detective Comics #27. He was introduced as uninteresting socialite Bruce Wayne, who becomes a crime-fighter after donning his iconic costume. His tragic origin story, in which a mugger guns down his parents as they walk back home after watching a movie, was introduced six months after his debut in Detective Comics #33 in November in 1939. Batman Day is celebrated all around the world on September 21. 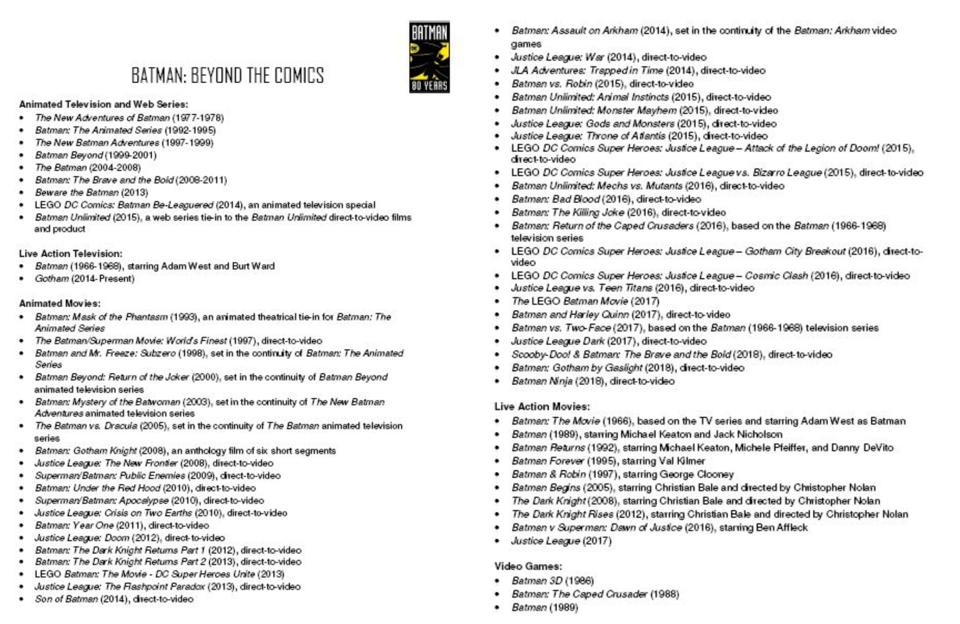 "It doesn't matter if you're rich or poor, the idea of losing your parents to violence hits a nerve with everybody. That someone would take this vow of never letting this happen to anybody else means we feel included - he's actually fighting for us. And I think that's part of the lasting appeal. He's also proven that his will is something that is second to none. He won't give up on us. He will fight," people.com quoted DC archivist Benjamin LeClear as saying.

What makes him special? He doesn't kill or use a gun, he has a socialite cousin Kate Kane who becomes Batwoman (DC's most high-profile LGBTQ character), inspires others to become heroes and lives with a hope of finding good even in the darkest of souls. "He fights crime, he's a vigilante, and that's always soothing and appealing to us to be able to take matters into our own hands, but it's his brain that separates him. That's why he becomes the leader," LeClear said.

He is a son looking for his parents' love, he is a lover, he is a businessman, he is a philanthropist and a superhero. His journey is filled with many special moments, from his debut to deciding never to use guns to getting villains with shades of positive to introducing an LGBTQ character with Batwoman. In these 80 years, Batman has come a long way, starting from comic books to the humour translating to the screen with Adam West's campy "Batman" in 1960 to finding fame on the big screen.

West and Burt Ward's Batman television show (1967-1969) did bring the story from the comic books to the screen but didn't leave behind the comic element. The show was infused with a comedic tone, with smart puns embedded in the dialogues, colourful costumes and fight captions flashing on the screen. The persona changed with Tim Burton's Batman movie in 1989 with Michael Keaton in the title role and Jack Nicholson as The Joker. Batmania swept in with the film minting more than $411 million worldwide. A dark tone was infused in the story, which was far away from the caricaturish portrayal in West's series. It was the first step towards reinventing the image of Batman. 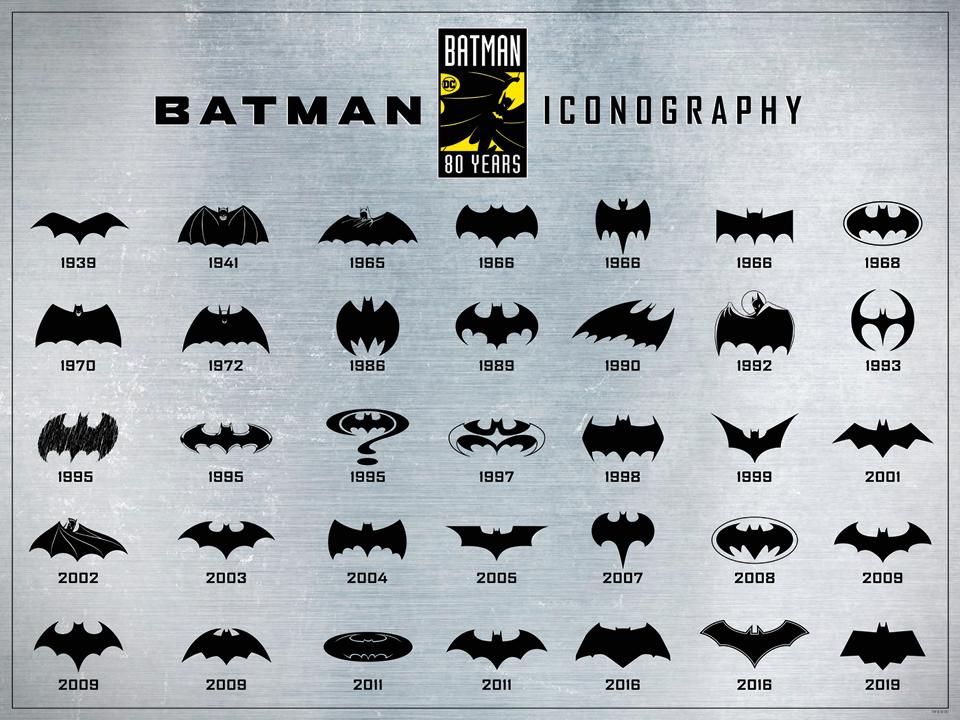 In 1995, Batman Forever introduced Val Kilmer as Batman to battle former district attorney Harvey Dent. George Clooney donned the cape in 1997 film "Batman & Robin". But didn't leave a lasting impact. It is Christian Bale who is best remembered for the role of Batman in Christopher Nolan's Dark Knight trilogy. The sequel to Batman Begins and The Dark Knight grossed over $1 billion worldwide. Nolan followed it up with The Dark Knight Rises, which was a global hit. As part of the celebration of Batman day, movies Batman, Batman & Robin, Batman Forever, Batman Begins, The Dark Knight and Justice League will be shown on HBO throughout the day on Saturday.

"It's a superhero, but it's based on the ideas of guilt, fear, these strong impulses that the character has. Bruce Wayne doesn't have any superpowers other than extraordinary wealth. But really, he's just someone who does a lot of push-ups. In that sense, he's very relatable and human," variety.com quoted Nolan as saying. Oscar-winning star Ben Affleck took on the role of Bruce Wayne in Batman v Superman: Dawn of Justice in 2016 alongside Henry Cavill as Superman and Gal Gadot as Wonder Woman. He reprised his role in 2017's Justice League.

Now, Pattinson has replaced Affleck to be the caped crusader. He will be seen as the superhero in filmmaker Matt Reeves' upcoming film. The casting decision made way for backlash on social media, in fact a petition was filed to reconsider the call. "To be honest, it was less vitriolic than I was expecting... It's much more fun when you're an underdog. There's no expectations of you," Pattinson said in an interview to variety.com. The film is expected to resurrect the film franchise with fresh energy, and star appeal.

Apart from Batman, many stories from the universe are in the pipeline. There's Warner Bros project tracing the story of Joker, a film on villain Harley Quinn in the works and Ruby Rose set to play gay Batwoman in upcoming series of the same name.

What's our wish on Batman Day? As the Twitter trend says #LongLiveTheBat.