Advertisement
HomeHOLLYWOODNewsNobody from the outside really knows what's going on between us: Hailey defends her one-year marriage with Justin Bieber

Nobody from the outside really knows what's going on between us: Hailey defends her one-year marriage with Justin Bieber

Model Hailey Bieber and singer Justin Bieber are celebrating their one-year anniversary as Mr and Mrs, but they continue to deal with critics and haters who question their marriage. On September 13, 2018, the couple shocked many when they walked down the aisle in a seemingly impromptu courthouse ceremony in New York.

The surprise move came just two months after they got engaged amid a whirlwind romance they had rekindled not long after Justin and his longtime on-again, off-again Selena Gomez parted ways, reports eonline.com.

"Nobody from the outside really knows what's going on between us. I wake up every morning with this person. I'm the only person that has direct dialogue with this person. This is my relationship. What's so tricky about mental health is that it can be easy to let people convince you of something that's not real," Hailey said in an interview with Vogue Australia. 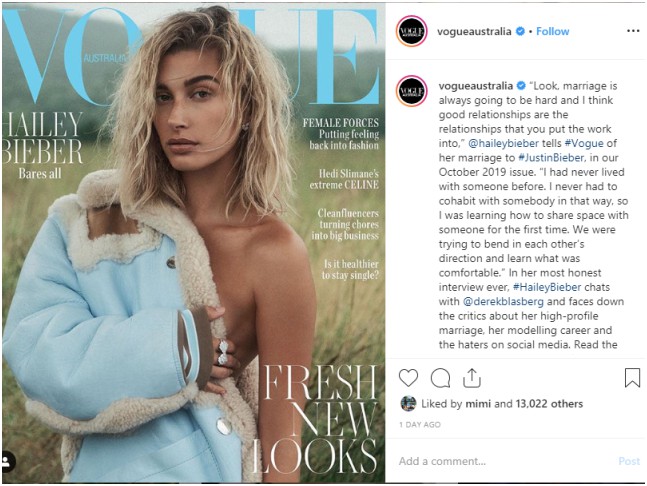 "When I had hundreds of thousands of comments bombarding me with, 'He's never going to this', 'You're never going to that', 'You'll be divorced by then', you can't help but wonder: 'Does someone see something that I don't see?'" added the 22-year-old. "It starts to mess with your mind. But the only two people in a relationship are the two people in it. I've been working on retraining my thought process to understand that."