Advertisement
HomeHOLLYWOODNewsShocking! James Franco is to be subpoenaed in Johnny Depp’s $50 million lawsuit against Amber Heard

Shocking! James Franco is to be subpoenaed in Johnny Depp’s $50 million lawsuit against Amber Heard

The Deuce actor James Franco will be asked to speak to the Pirates of the Caribbean star Johhny Depp's legal team about a video which shows him allegedly getting close with the Danish Girl actress Amber Heard in an elevator, a day after she accused her then-husband of giving her a black eye.

Johnny’s lawyer’s also want to speak to Amber’s former boyfriend Elon Musk to find out what she looked like at the time as the 56-year-old actor, who is suing for defamation, has accused his ex-wife of feigning her injuries. His attorney, Adam Waldman, said, “We are interested in James Franco and Elon Musk as fact witnesses because we have evidence they are men who saw Amber Heard’s face in the days and nights between when she claimed Mr Depp smashed her in the face on May 21 [in 2016] and when she went to court with painted on ‘bruises’ to obtain a temporary restraining order on May 27.” Footage obtained by the website seemingly shows Amber in the elevator, getting out at another floor before walking back in with James. She and the 41-year-old actor then lean their heads down and away from the cameras and before the end of the clip, the Pineapple Express star can be seen putting his forehead on the blonde beauty’s shoulder.

Amber’s lawyer insisted she and James simply lived in the same building and were using the elevator at the same time and blasted Johnny for spreading 'bogus' stories. Eric George spoke to a leading daily and said, “This bogus story is just another lame attempt by Johnny Depp and his team to spread deliberately misleading information through the tabloid media so that he can continue to attack and abuse his ex-wife. Johnny Depp and his team have been trying -- and failing -- to place a salacious story based on this irrelevant footage for weeks. It’s pathetic.” 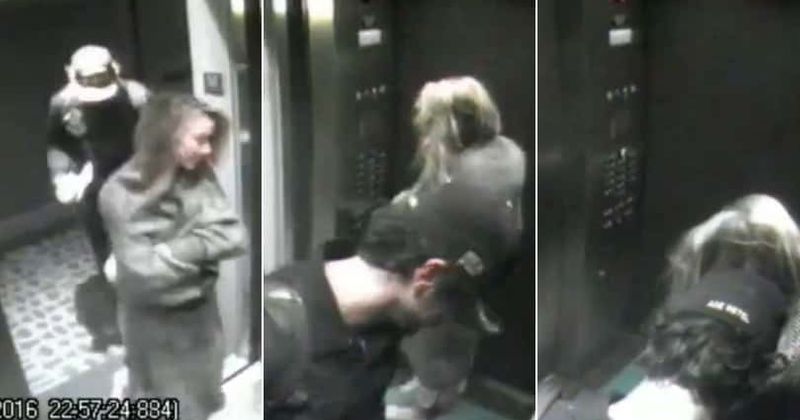 The Black Mass actor filed his $50 million lawsuit over Amber’s newspaper piece about being a victim of domestic violence, arguing it was strongly inferred he was the perpetrator, even though he wasn’t named in the article. In response, the 33-year-old actress responded in April by detailing the alleged abuse she experienced.