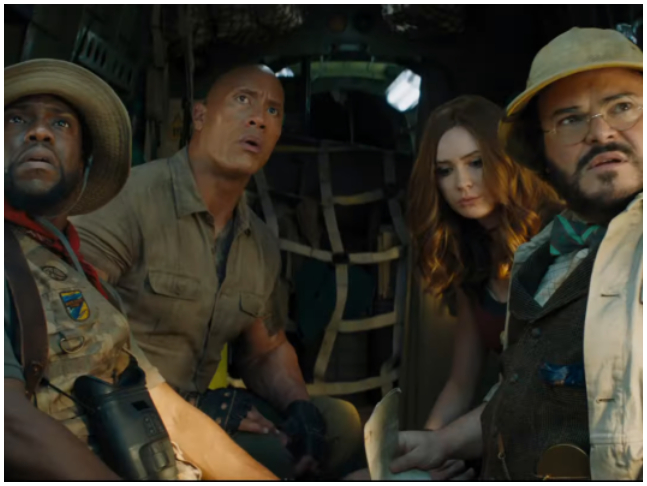 The sequel to Jumanji: Welcome to the Jungle finally has an official name — and trailer. An official trailer for Jumanji: The Jumanji: The Next Level was released Monday morning, showing Danny DeVito and Danny Glover joining the all-new cast of the film.

In the trailer, Kevin Hart, Dwayne 'The Rock' Johnson, Karen Gillan and Jack Black return as their video game avatars while Ser'Darius Blain, Alex Wolff, Morgan Turner and Madison Iseman once again play their original real-world counterparts. Nick Jonas and Colin Hanks are also back, while Jumanji franchise newcomers Awkwafina, DeVito and Glover join in for the first time.

The twist this time around is that DeVito and Glover get pulled into Johnson and Hart's avatar, giving the latter two the chance to show off their comedy chops. Fans took to social media to react to the first official trailer, with many dubbing it as "awesome." Jake Kasdan co-wrote and directed the film, expected to make a Christmas debut. The upcoming film is the third installment in the Jumanji franchise, which began with the 1995 fantasy adventure film starring Robin Williams, Kirsten Dunst, Bonnie Hunt and Bradley Pierce.

The Next Level is hoping to match or beat Welcome to the Jungle's surprise Christmas smash hit that earned $404 million in the U.S. and a cool $964 million worldwide. It set a domestic record for Sony and passed Spider-Man to become the studio's highest-grossing U.S. release (unadjusted for inflation), which means the pressure is on for The Next Level to deliver the box office success this holiday season.

Sony Pictures will release Jumanji: The Next Level in theatres nationwide December 13. Watch the first official trailer of the film here: