Singer Joe Jonas needs "a lot of beer" for his wedding to Game Of Thrones star Sophie Turner, after his younger brother Nick Jonas found himself poorly prepared with alcoholic beverages at his wedding to Priyanka Chopra.

"I mean, we are getting married in France, so a lot of Coors Light is necessary. Not hard, really, to get that, but we needed to make sure that was going to happen,” Joe said.

Joe's beer requirements follow Nick' marriage to Priyanka in 2018, where the singers say they "ran out" of the alcoholic beverage because they underestimated how much their guests would drink, reports femalefirst.co.uk. 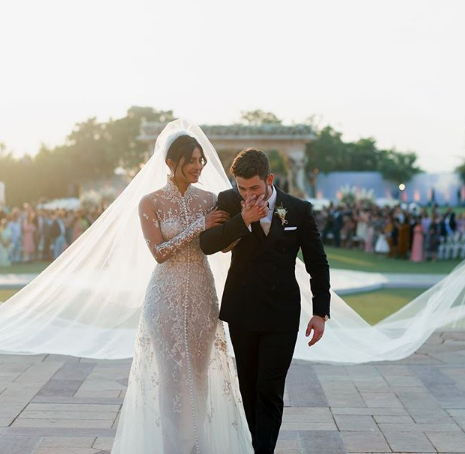 "We learned a lesson from my wedding. Our friends drink a lot of beer, specifically, and we ran out of beer at the wedding, at my wedding, which was a big issue,” Nick said. Their third brother Kevin quipped that things went downhill the minute the beer was gone.

Recommended Read: It’s an honour: Priyanka Chopra on being the first Indian to host the prestigious Met Gala with husband Nick Jonas

In a joint interview for The Zach Sang Show, he added, "It starts to get very dark very fast with hard alcohol instead. It's just like 'Oh, we're doing this now? Okay.'"

Joe Jonas and Sophie Turner have not publicly confirmed the date for their wedding, but have said they're planning on tying the knot this summer.

Shang-Chi and the Legend of the Ten Rings Trailer: Simu Liu debuts as