Advertisement
HomeFeatured20 Years of Abhishek Bachchan: The 'Refugee' turned 'Guru' who never failed to reinvent himself with challenging roles

Two decades ago, Bollywood witnessed the entry of an underrated gem-Abhishek Bachchan. The son of actors Amitabh Bachchan and Jaya Bachchan, Abhishek followed his parents’ footsteps into the industry with J.P. Dutta’s Refugee with Kareena Kapoor Khan. While Abhishek’s career has been an exciting ride with highs and lows, he managed to grab attention with his work rather than surname. Having set his foundation deep with an intense film like Refugee, Abhishek ventured into light-hearted projects soon after. Alas, they failed to cast their magic but in 2004, Yuva covered it up for him. The same year saw Abhishek reinvent himself significantly and wowed the audience as ACP Jai Dixit in Yash Raj Films’ Dhoom. The cop thriller franchise proved to be one of his critically as well as commercially successful outings in Bollywood.

After a bout of hits and misses, Abhishek struck the right with Bunty Aur Babli, Guru, Paa and many more. Drawing the audience to the theatres to give them a major treat onscreen, Abhishek signed Dostana that broke stereotypes. In Bol Bachchan, the 44-year-old showcased his humorous side while Manmarziyaan gave a glimpse of his prowess to handle a layered character. Today, as Abhishek completes 20 years in Bollywood, let’s take a look at some of his best characters and trace his journey of constant reinvention as an actor and performer.

In his debut film, Abhishek was raw yet unique. With his stark eyes, shy persona and awkward-yet-appealing screen presence made him stand out. Playing the titular, Abhishek managed to pull off a nuanced role easily. He set the foundation of his career right. 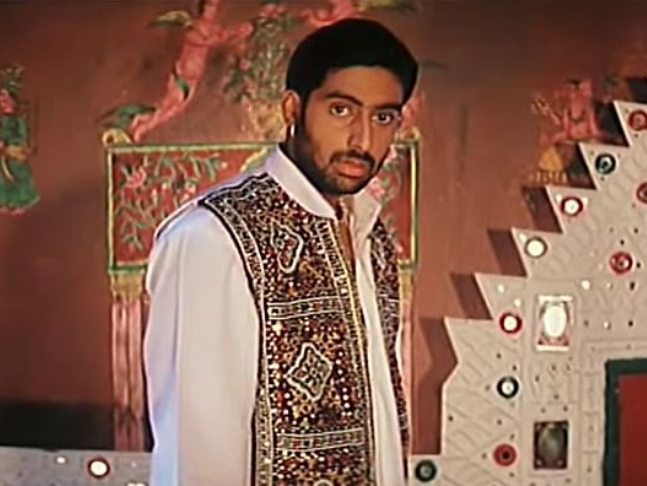 Mani Ratnam’s Yuva made the toughest of critics sit up and take notice of Abhishek’s craft. He played the role of Lallan Singh and his chemistry with Rani Mukerji was one of the key highlights of the film. He portrayed the character of a lower-middle-class ruffian with perfection and confidence. As a rough, uncouth, uninhibited and power-hungry man, he was indeed a revelation. Abhishek stole the show clearly. 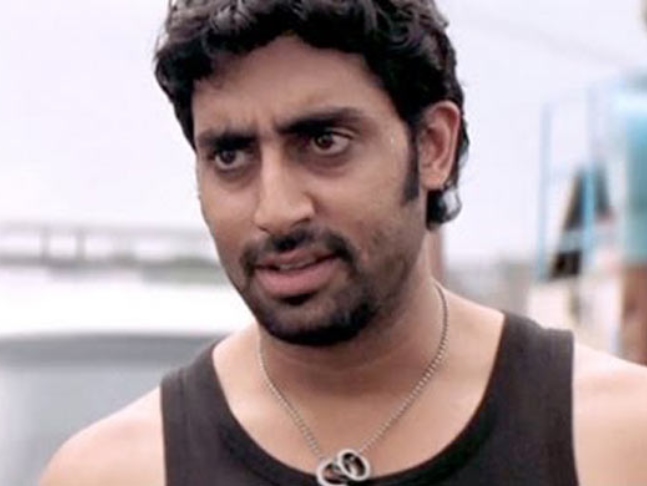 Slipping into the role of ACP Jai Dixit, Abhishek shone brightly in the role of a cop who is on a mission to trace smart thieves. Abhishek was stellar as the cool and confident cop. His rapport with Uday Chopra was one of the high points of the franchise and we can’t really wait for them to reunite again. With Dhoom, Abhishek reinvented himself significantly. 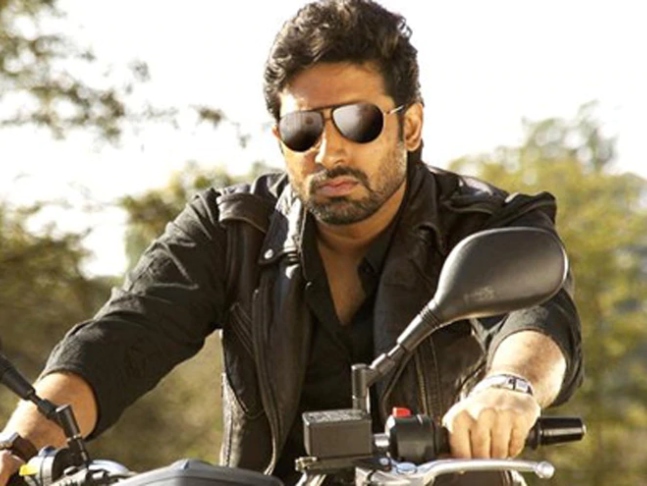 Abhishek collaborated with his megastar father Amitabh Bachchan for this political thriller gem. The actor was seen in a character loaded with nuances that were rare in Bollywood. As Shankar Nagre, he was gritty, intense and sharp. His scenes with Mr. Bachchan were wonderful. He won Filmfare Award for Best Supporting Actor for Sarkar and was nominated for Sarkar Raj. 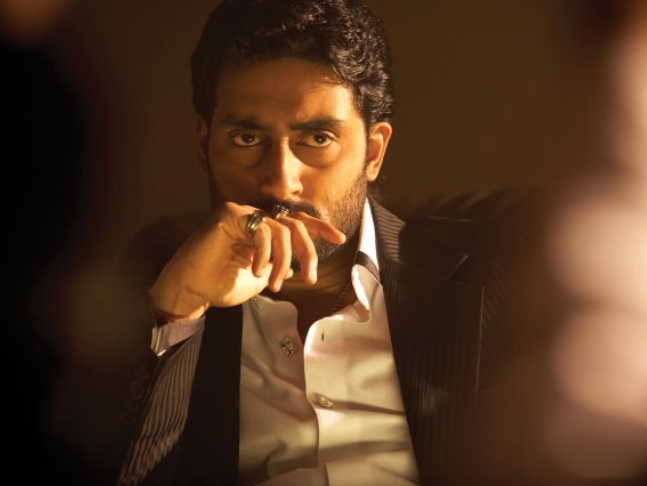 Nobody better than Abhishek could have pulled off the role of a small-town con in this Yash Raj Films’ venture with Rani Mukerji. As Bunty, a person who wears tees under flashy half-sleeved unbuttoned shirts, Abhishek delivered a stellar show. His enthusiastic act didn’t allow a single dull moment to seep into the narrative. His light-hearted scenes were equally well done as the emotional ones. 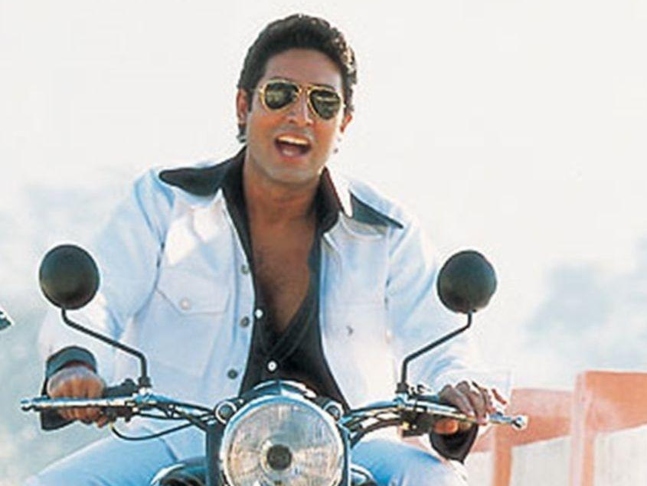 Bagging the Filmfare Award for Best Supporting Actor, Abhishek brought alive a tricky character of Rishi, a person smitten by his wife, who doesn’t care for him. He came across as relatable and sensitive with his impressive performance. He created magic with his father Amitabh Bachchan. 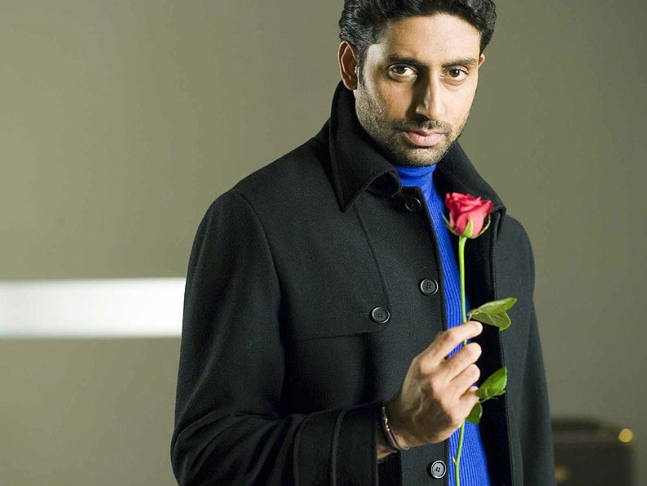 A game-changer for Abhishek, Guru by Mani Ratnam brought to fore a brilliant performer in him. He was astonishingly nuanced and the film rightfully belonged to him. Abhishek played the role of Gurukant Desai aka Guru, a young lad who dreams big. His character graph took a sharp escalation when he soared high from rags to riches. Be it his look, mannerisms or behaviour, there was a sense of ease in adaptation and intensity in the portrayal. ‘Maa Da Ladla Bigad Gaya’ but for good! Abhishek took an unconventional route with Dostana and little did we know that this gem can pull off a unique character with sheer ease. Playing the role of Sam, a single Punjabi man who pretends to be gay to live in a plush apartment owned by Priyanka Chopra Jonas in Miami, Abhishek wowed in every scene. In a role that required to remain over the top, Abhishek got into the skin of Sam right from the first frame. Oh, his chemistry and jodi with John Abraham can’t be forgotten! 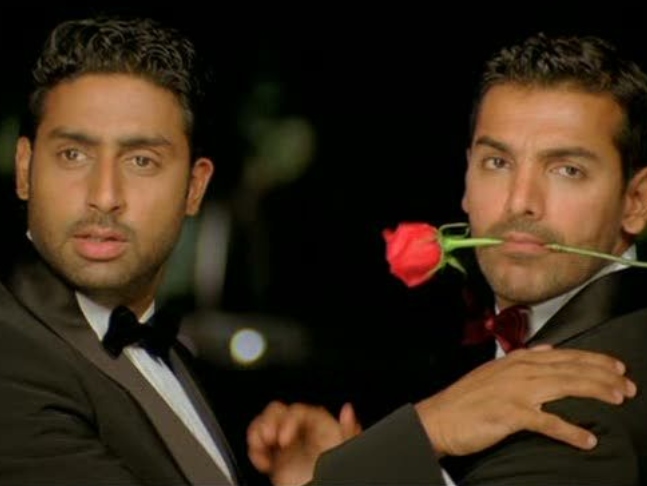 Although Paa belonged to Amitabh Bachchan, Abhishek Bachchan shone brightly as Amol Arte, a young and honest neta who speaks straight and acts upfront. Reversing the real-life dynamic, Abhishek played the role of Mr. Bachchan’s pal-turned-father and took a major step forward. He stole hearts instantly. He got a well-sketched character and did justice to it effortlessly. 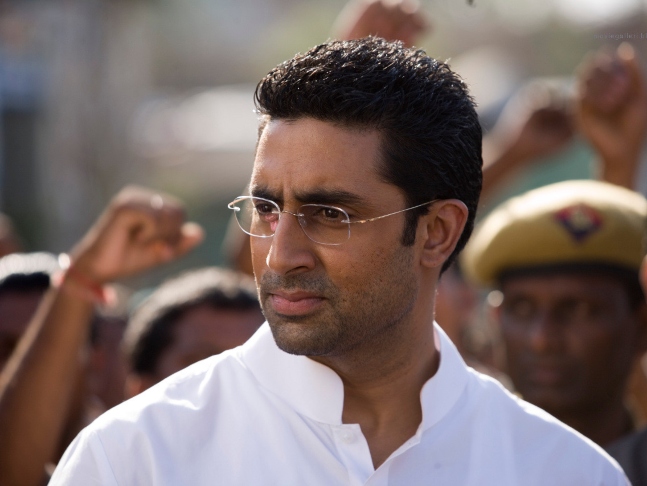 Situated in the alleys of Delhi-6, Abhishek was Roshan, an NRI who visits his ailing grandmother for a brief period. Unknowingly, he got sucked into the chaos just like the audience who couldn’t help but fall in love with Abhishek. He was indeed crackling and a gem. He got an understated role that was delivered with utmost honesty. His acting prowess was tested in his quietest moments. 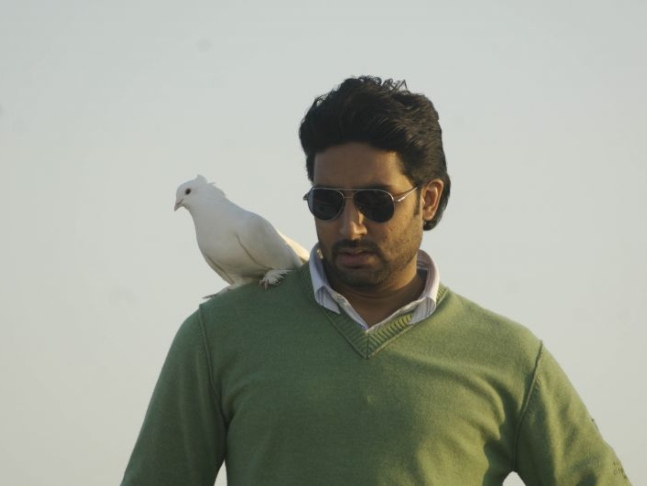 In Khelein Hum Jee Jaan Sey, Abhishek played the role of Surjya Sen, a teacher who leads the gang of revolutionary teenagers against the British occupation in distant Chittagong. Getting into the skin of the character, the performance came straight from the heart. 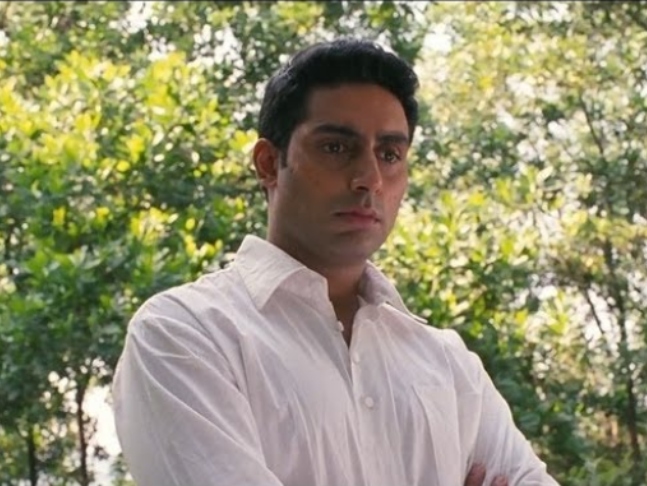 Sizzling with hilarity, Abhishek pulled off dual characters in Rohit Shetty’s Bol Bachchan. The film that required him to add a pinch of modern flavours to Amol Palekar’s Gol Maal roles saw Abhishek’s fine comic timing. He let himself loose without any inhibition. His screen presence was infectious and added value to the overall narrative. Abhishek donned the role of Robbie, a good guy with masterful restraint. He brought in an interesting spin and added drama to the story. His conversations with Taapsee Pannu were pure cinematic delights. An underrated actor, Abhishek owned the film totally. A contract to Vicky Kaushal’s and Taapsee Pannu’s characters, Abhishek’s Robbie was calm, likable and easy on the eyes. 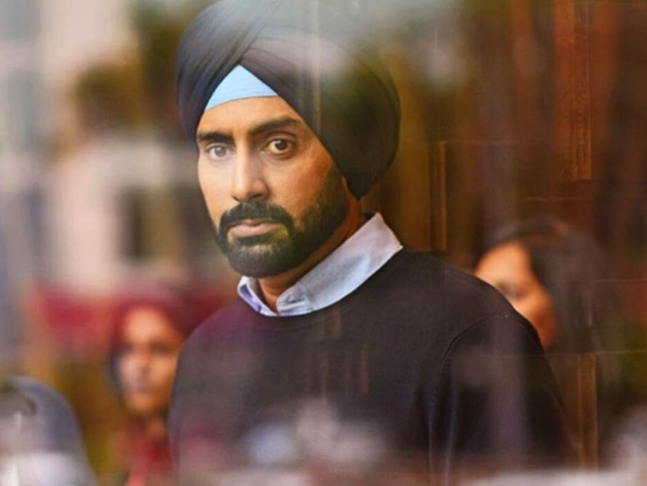 Interestingly, as Abhishek completed 20 years in Bollywood, he is set to venture into the web zone with his debut Amazon Prime Video series Breathe Into The Shadows. Not just this, his two films- The Big Bull and Ludo are up for direct-to-web releases on Disney+Hotstar and Netflix respectively.