Advertisement
HomeTELEVISION NEWSEXCLUSIVE NEWSDecoding Popular TV Antagonists: Often I felt I was an extra, but I moved on considering it to be a part of my journey - Chetan Hansraj

Antagonists are an indispensable part of every Indian daily soap. While some characters are as real as they can get, some add a spicy tadka to the plot with their scheming and plotting. Well, indeed a show is incomplete without a strong antagonist. Maybe that's why we love to hate them! Now, in PeepingMoon.com's latest series, Decoding Popular TV Antagonists, we'll be introducing you to the real people behind negative characters. As we talk to actors and actresses, we'll be learning about their approach towards their character, impact on the audience, the response from fans and much more. The series will release every Friday, only on PeepingMoon.com.

The third segment of Decoding Popular TV Antagonists features Chetan Hansraj. Though menacing on-screen, Chetan comes across as a humble, real and unfiltered person who has been through the ups and downs of the industry. After spending 40 years as an actor, he shared there were projects in which he was made to feel like an 'extra'. Being one of the most popular male villains in shows and films, Chetan has seen those days when his long roles were cut short. As he spoke to us, the actor highlighted how important it is to be committed to your job and strongly emphasized that villains these days are simply ridiculous for the kinds of scenes they are offered.

You've been in the industry for 40 years. How has the journey been?

It has been a ride filled with ups and downs. There were periods when uncertainty comes to mind because 40 years is a long time.

You started your career as young Balram in Mahabharat. Did you watch yourself during the show's re-run or before that?

A million times. When Mahabharat happened, there were fewer shows on TV. Whenever I had a break from work, I would watch myself and be in awe. As I look back today, I remember how the Film City used to be. There were only 2 tall buildings at that time. It feels good to be in a position from where I can see how the industry changed over the years. 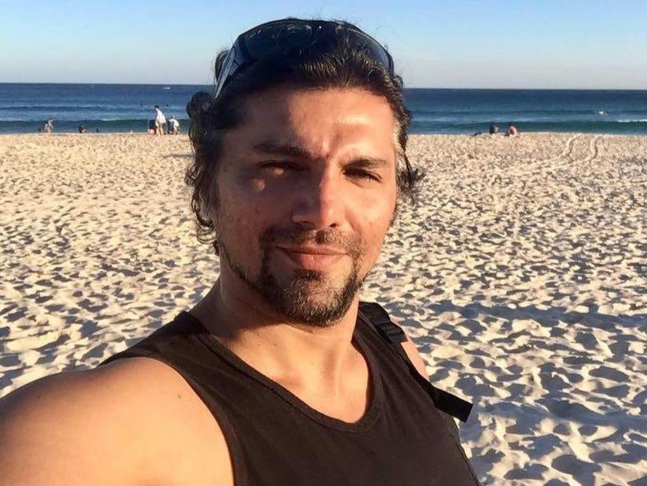 From Kyunki Saas Bhi Kabhi Bahu Thi to Naagin 3, Pratigya 2, Brahmarakshas, and many others, you’ve been hailed as one of the most impactful male villains on TV. Aren’t you apprehensive about signing negative characters when most actors want to be the quintessential 'hero'?

In every story, there has to be a hero and a heroine. There has to be a conflict too. A hero's journey starts when there is a conflict. By playing the negative character, I get to explore a lot. There is nothing like a hero or a villain. That is what people who have less self-confidence start creating in their minds. A hero is a character, so is the villain but the story is the actual hero. There are people who want to play positive characters, they live in their own khyali bubble. Let’s get real. If you want to be in the industry, be an actor. There are many people who lose good roles because of that. Shah Rukh Khan became a superstar after playing a negative role in Baazigar. Being an actor, you have to play everything. Many times, even I have done small roles in films. I’m an actor and someone has to play that role. I was offered a role in Laal Kaptaan, it wasn’t a big one. R Madhavan was supposed to play it but he backed off. I was approached for it but at that time, I had already committed to Naagin 3. I turned it down because I had already booked myself for the show. For me, my commitment is very important. I have missed many good offers because of that. Most of my co-actors would have taken the role in the film but I chose not to because I am here all thanks to Ekta Kapoor and Balaji.

In an industry where ups and downs can break you, one has to stay committed. Don’t become too happy when your film or show is a hit and don’t be sad when they don’t work. Speaking of films, your fate and audience reactions change every Friday. The actors and actresses are like steel. They are under constant pressure to perform well and have to innovate themselves. If you keep on doing hero roles, you’ll get tired of it. For negative, you can do shades of grey. If you are stuck to just being the hero, you’ll end up playing only white.

What are the repercussions of being the bad boy of TV? Did it ever affect your personal life?

No, never. People love you for that. I’ve never played the role of a really bad guy. I say yes to roles that are justified. In Pratigya 2, my character Balwant loses his son. He is on a hunt for his son's culprits. Though they call it a negative character, I don't see anything wrong with it. If my role in any show isn’t justified, my heart doesn’t say yes to it. Sometimes, you feel that you are an "extra" in the film or show. It has happened to me often. I felt that I was an "extra" but I moved on considering it to be a part of my journey. Sometimes, when you shoot, your role is very long. But when you watch the film or show at the premiere, it is reduced. It always happens to me, it is a fact. That’s why I give my first preference to TV because of the respect it gives me. 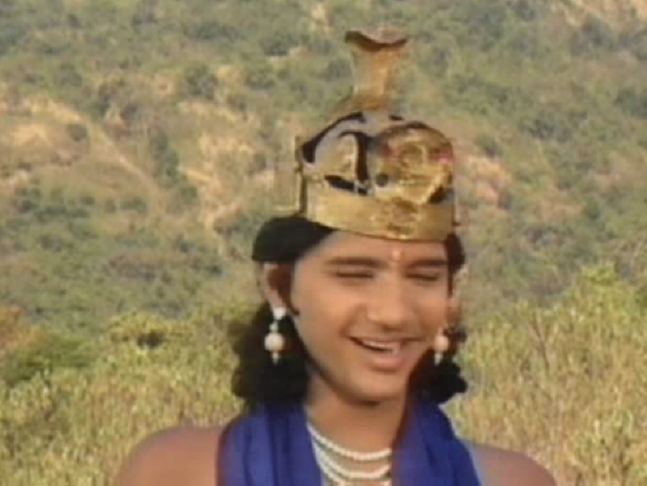 Strong antagonists add a unique flavour and without them, a show is incomplete. Do you agree?

Completely. There is no show made without a villain. Be it a mother, father or boyfriend, someone has to be the villain. They are the main people. But, these days, what kind of villains do you get to see in Hindi films and shows? They are ridiculous. Why do you think I don’t do films? It’s not because I don’t get offers but I refuse to get beaten up senselessly. It will be good fun for me to fly high after you give me a slight touch. I'll make money too but after a point, it becomes senseless. I’ve been around for 40 years, I want to do something meaningful. I have recently done a web show, hopefully, more such opportunities come my way.

Actors like Ranveer Singh have said that they go down the dark rabbit hole to get their characters right. Did you ever go through the same phase for any show?

Such things make for good stories to say, but I don’t know whether it is really true. My philosophy for many years has been that after ‘cut’, it ends there. Zyada sochne nahi chahiye. Aise toh aap hazaro characters play karoge, you want to end up with schizophrenia? See, as an actor, playing some characters are difficult. Some traits do brush off on you. At that time, you have to be strong on yourself and cut it off there itself. In India, whatever you try, you’ll never be Al Pacino or any Hollywood actor you are trying to copy. Let’s be real. 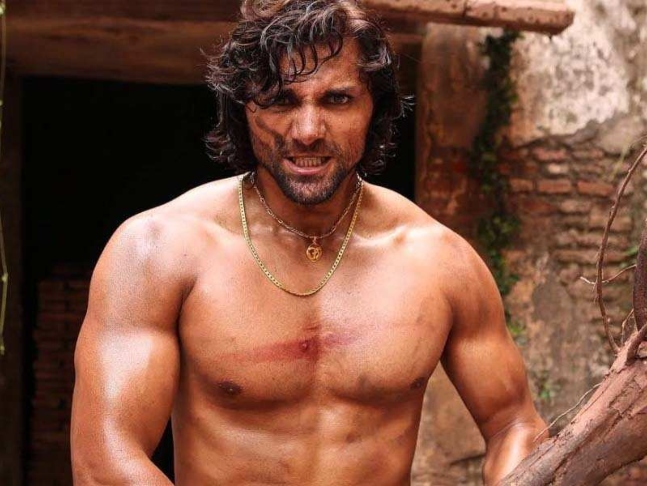 Do you add any personal touch to your characters to make them more humane?

Yes, I go with the flow. I listen to the director, writer and creative team. When I’m on the set, I put my full faith in the director. After a few shots, I look at my director’s face to see whether he/she is enjoying it. It is more of a live thing. Luckily, in the television industry, we get a lot of time to work on the character. Sometimes, some roles are brilliantly written and one shouldn't touch them. An actor should be like an open book. I can add my inputs but if the writer wants a character to behave in a certain way, I’ll always follow that.

Your toughest and most mentally and physically challenging role to date?

My physically toughest role was in Bodyguard. I was training with Salman Khan and after 45 days, I had six-pack abs. I had to really slog for that. It was physically tough because we had many fight scenes. Otherwise, costume dramas are very stressful. It is mentally and physically very tiring. In Jodha Akbar, I used to wear robes etc. We shot on the same set where Aishwarya Rai Bachchan and Hrithik Roshan’s film was shot. We would shoot in ND Studios and I used to travel every day. Spending even 5-6 hours with your family is very important. The travel was hectic and on top of that 12 hours shoot. People tend to start hating antagonists from their favourite TV shows. Many even receive threats. Have you experienced any such incident for playing any character?

It has never happened to me. Different people, different experiences. Often people tell me, "We hate you," I say, "Thank you." It happens because they like my work. That's our work, people should love to hate us. Sometimes it happens because the audience is too invested in a show. Nowadays, FIRs and cases are filed against actors for doing a particular show. Apart from acting, actors have to also think about what they sign and what can be the consequence.

Did you ever reject a character just because it was too dark for your comfort?

Not really. I reject it when it is not making any sense. Just because it is a villain, beating or getting beaten up for no reason makes no sense.