Advertisement
HomeTELEVISION NEWSEXCLUSIVE NEWSPeepingMoon Exclusive: It's impossible for Qubool Hai 2.0 to not be a hit, audience will be on the edge-of-their-seats- Surbhi Jyoti

PeepingMoon Exclusive: It's impossible for Qubool Hai 2.0 to not be a hit, audience will be on the edge-of-their-seats- Surbhi Jyoti

"Allah miya mein bhool hi jaati hoon muje baat kya karni hai," says a lovely Surbhi Jyoti in the thrilling trailer of Qubool Hai 2.0 and then one is assured that Zoya Faruqui is back with full force once again. The popular daily soap is getting a digital sequel that reunites Surbhi with Karan Singh Grover once again after 5 long years. Karan will be returning as Asad Ahmed Khan. Qubool Hai 2.0 premieres on ZEE5 on March 12.

Ahead of the much-awaited release of Qubool Hai 2.0, PeepingMoon got in touch with Surbhi who is better known as Zoya. Surbhi spoke to PeepingMoon about getting into the skin of the character once again, returning with a twisted yet engaging story and much more. 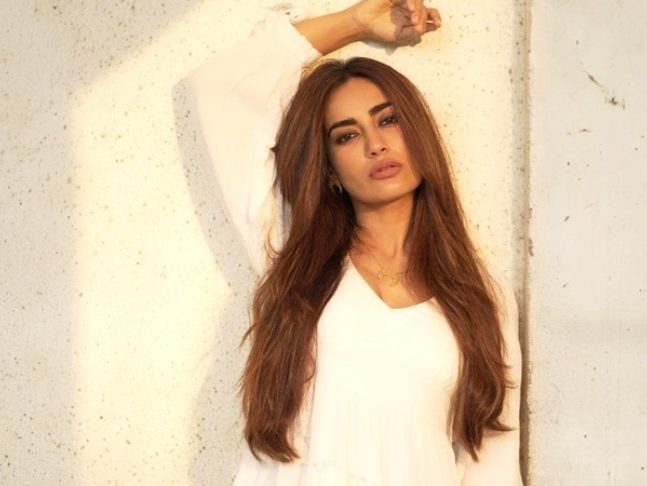 Was it a challenge to get into the skin of Zoya Faruqui once again?

People have loved Zoya. I got a chance to play the character again was a challenge in itself. The bar is already set, you have to raise it higher. Though there should be a recall value to the character, it shouldn't be something we have seen in the past. We have added certain new things to the same character. Some things are similar but that’s the connection between the character and the public. But we have changed it a little because nobody can be the same after 5 years. There are some very good changes in her personality and circumstances. At the same time, the core and nuances are the same for people to connect.

Qubool Hai is returning after 5 years that too with a web version. Will the audience be able to resonate?

Yes, of course. We are 100% sure about it. OTT is a huge platform these days. Everyone on their phones and laptops watches shows/films on these platforms. We have the advantage that the show and characters are already a hit. Now, we are just bringing newness to it. We are coming back with a fantastic story. The plot and characters are well built and we are sure that it is going to be an edge-of-the-seat experience for the audience. 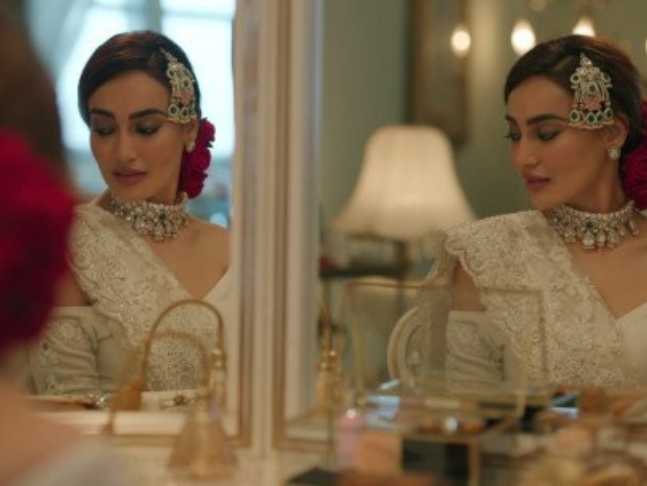 Qubool Hai was a family drama while the sequel is a romantic-thriller. What sets Qubool Hai 2.0 apart from other cross-border dramas?

If you see the trailer, it has every element. It has action also but you can’t miss the romance too. The drama is certainly there. But of course, we have twisted it a little bit to spice up the story and make it more interesting.

How was the experience of reuniting with Karan Singh Grover?

It was amazing. He was my first co-actor, my first hero ever. It was very nostalgic when we were shooting again that too as same characters. It was a beautiful experience. He is a very good co-actor, very professional and a treat to work with. What are the new shades Zoya possesses now?

The character is sharpened under different circumstances. She functions in a different way. She as a person is the same but her surroundings are different.

It isn’t true actually. Jamai Raja’s digital sequel has worked so well. That’s why they came up with Jamai 2.0 Season 2. If it wouldn’t have worked, ZEE5 wouldn’t have tried Qubool Hai 2.0. If it was a flop experiment, why would they do it? Of course, it is working for them and that’s why they are getting more shows on OTT. 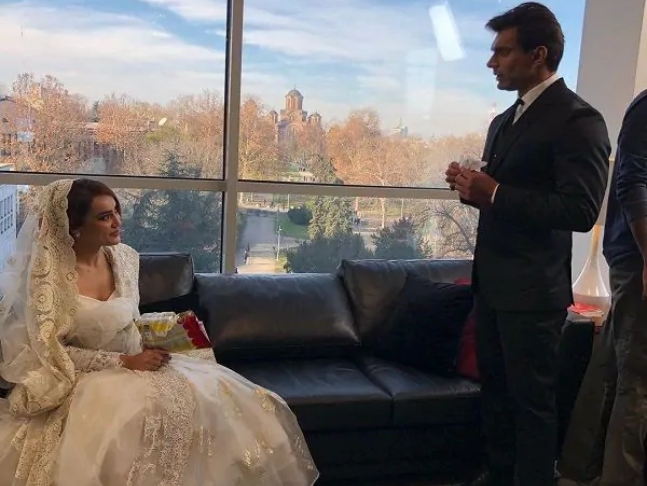 From TV to web, do you fear the original flavor of Qubool Hai will be lost in transit?

Absolutely not. There is no flavour there to lose. It was popular before also and now people are really excited to watch it. See, we are not talking about theatres where people are scared to step out of their houses and watch on the big screen. Qubool Hai 2.0 is something they can easily watch at home. In fact, it is even more popular. Since I know the story and how hard we have worked, it is impossible for it to not be a hit.

Do you consider Qubool Hai to be your breakthrough project?

As Zoya, I was the only actress on TV who used to wear jeans and tee. She had her own opinion, her own voice. So, it broke all the stereotypes. Zoya was a popular character because it was very different. Women related and found themselves in the character.

Which was the most difficult scene to shoot?

The scenes in which I'm wearing a white lehenga because it was very cold and windy in Serbia. The lehenga had an off-shoulder blouse. The temperature would go down to zero degrees and sometimes -1 and -2. 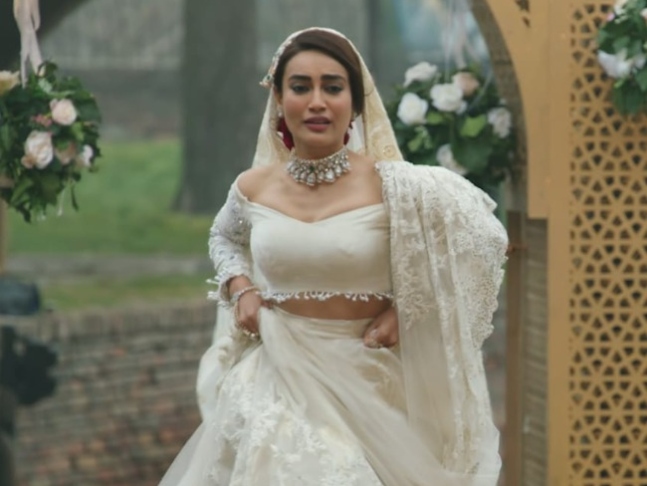 Was it a challenge to shoot amid the pandemic?

Initially, everybody was skeptical. Once we reached Serbia, we did all the tests and took all precautionary measures. While shooting, we took extra care of everything.

More and more challenging characters. As an actor, I think only this can quest my thirst. I want to do something I have never done before. The platform actually doesn’t matter, but the kind of role I am offered does.

You're an active actor. Is it tough to reinvent yourself to keep up with the changing choices of the audience?

I think that’s the beauty of it. It is not just in our industry but everywhere. If you have a grocery store, you have to keep getting new stuff to make the demand meet. You can’t be stagnant in the field you are in. You have to sharpen up your skills. It is impossible to not grow. As an actor, you need to keep working on yourself because there are a lot of good opportunities. There are bright chances for you as an actor to find yourself again. Right now, we are at a very good stage. 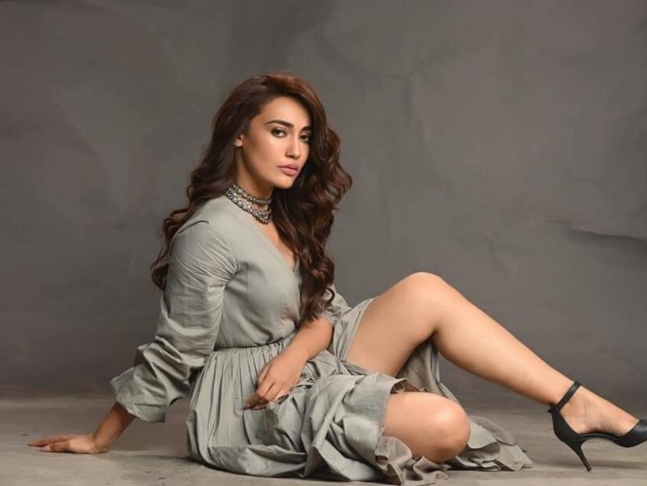 When are you making your Bollywood debut?

Right now, I’m only focusing on Qubool Hai 2.0. This is no less than a debut for me since this show is the closest to my heart. But there are a couple of things in the pipeline. I’ll surely let everyone know when something happens.

Is Qubool Hai season 3 on the cards?