On June 18 PeepingMoon had informed its readers that Karan Singh Grover has quit Ekta Kapoor's Kasautii Zindagii Kay 2 and the hunt for new Mr. Bajaj is on. While names like Gaurav Chopra and Iqbal Khan were doing the rounds, our source has now exclusively confirmed that it is Yeh Hai Mohabbatein fame Karan Patel who has stepped into the shoes of Mr. Bajaj! Karan's bond with Ekta and Star Plus goes way back as he collaborated with the producer and the channel for his biggest hit show Yeh Hai Mohabbatein. Their collaborative equation played a major part in cracking Karan the deal.

"Karan himself called Ekta and expressed his desire to do the role of Mr. Bajaj in KZK2. Ekta did not take much time and worked out the details with the channel and confirmed Karan for the role even without a look test! Karan was finalized at 2 am last night. He will start shooting for the show from June 29 (Monday), and soon an announcement promo will follow," said our source.

"It is true that Gaurav Chopra and Iqbal Khan were in the running to play the role and Gaurav was even given a verbal confirmation. However, no official contract was sent to him from the channel or the producer. Soon after Karan was in talks with Ekta and was finalized last night," added our source. 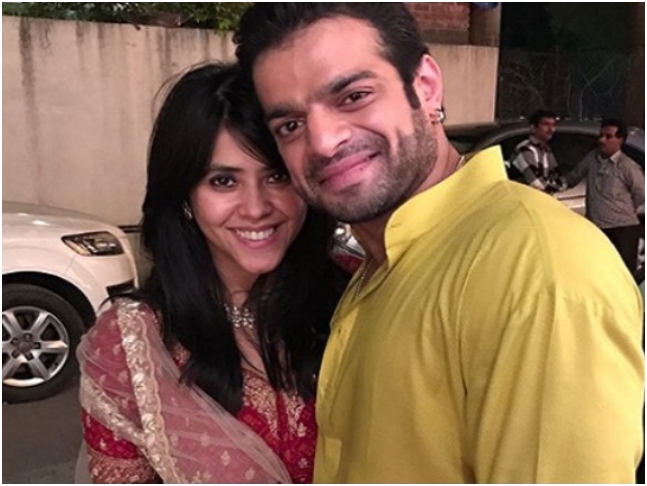 PeepingMoon.com had earlier confirmed the news that Karan Singh Grover has quit KZK for good as he wasn’t too keen in continuing with a TV show. The reason being, KSG wants to do something bigger than TV. Moreover, the lead actors Parth Samthaan and Erica Fernandes, who play the role of Anurag and Prerna will resume the shoot soon.