Advertisement
HomeBOLLYWOODEXCLUSIVEPeepingMoon Exclusive: 'What I was saying in Delhi-6 was not received well, box-office result is part and parcel of life,' says director Rakeysh Omprakash Mehra

PeepingMoon Exclusive: 'What I was saying in Delhi-6 was not received well, box-office result is part and parcel of life,' says director Rakeysh Omprakash Mehra

The Stranger in the Mirror was made available to the public in India on July 27. Now, as the book is taking fans of Rakeysh into the world of cinema, PeepingMoon.com exclusively spoke to him. Talking to us, Rakeysh opened up about what prompted him to write The Stranger in the Mirror. He further revealed that Sonam is his favourite Bollywood actress and also expressed his desire to work with Aamir again after Rang De Basanti (2006). 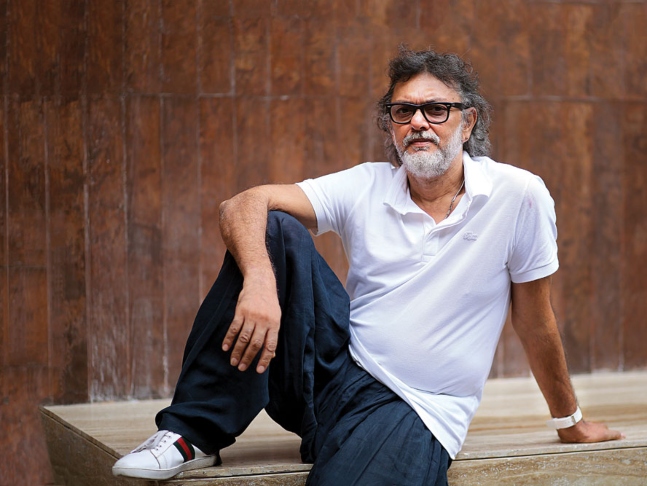 What prompted you to write The Stranger in the Mirror?

Actually, I’ve always been fascinated with books on movies. I always hunt down books on my favourite films. More often than not, I don’t find them for my favourite Indian films. We started on that note and it grew into an autobiography. A lot of films are attached to my personal life and what I have learnt from my experiences in school, college and growing up years. They kind of reflect in the movies. The idea kept growing and became a memoir.

Directors aren’t in the limelight as much as actors are. Will this book give a deeper insight into your life?

I have extensively spoken about films as to what went behind. Many technicians and actors have spoken about their journeys. Almost everybody whom I have worked with has contributed to the book.

Why did you choose Sonam Kapoor to launch your book and not your debut film Aks' actor Amitabh Bachchan?

It is nothing like that, Amitabh Bachchan has written for the book too. Everybody has contributed. Sonam has been running a book club and has been promoting books. She is my favourite. As you now sit back, what are the changes you’ve seen in yourself since the time you started 20 years ago?

I believe I have grown as a storyteller, a writer and as a filmmaker. Having said that, every film is a new journey. No two films of mine are the same. I always feel every new film is the first film I am making. I try to not remember what I made earlier because that is irrelevant. What matters is what you are doing at that point in time.

If given a chance, would you like to go back in time and correct some mistakes?

It is for the people to say whether the film was relevant or not. Having said that, Rang De Basanti is still aired on TV on Republic Day and Independence Day. That means the youth of today still connects with the film. A 26 years old now, was 10 years old when Rang De Basanti was made.

As you’ve mentioned in the book, Delhi-6 affected you adversely. Does the failure of a film still affect you?

If you read deeply, I am not talking about the box office failure of Delhi-6. That is part and parcel of life. We all go through ups and downs. It was more like what I was saying in the film that was not received well. For what reasons, I can’t quantify as such. After Rang De Basanti, you haven’t worked with Aamir Khan. Why?

I desire to collaborate with an artist of that stature. He is such a complete actor and a great human being. We had a great time making Rang De Basanti and there is something very special that I share with Aamir. Now I need to have a script that can better that.

You are making a film titled Karna with Shahid Kapoor, right?