Advertisement
HomeBOLLYWOODEXCLUSIVEPeepingMoon Exclusive: The Family Man 2 has the potential to make it to the International Emmys, want to see it on the global platform- Sharib Hashmi aka JK Talpade

Sharib Hashmi's phone hasn't stopped ringing since June 4 and he is having a chock-a-block interview schedule. If you ask why then the reason is the humongous success of The Family Man 2. After starting his career as an actor with a role in Slumdog Millionaire (2008), Sharib went on to star in Jab Tak Hai Jaan (2014) in a supporting role. His breakthrough film came in 2014. Titled Filmistaan, Sharib played the role of Sunny and won hearts with his earnest performance. Since then, there is no looking back for him.

Now, he is riding high on the success of Raj & DK and Suparn S Varma's The Family Man 2 in which he plays the role of JK Talpade. Without any doubt, Sharib immortalised the character with his lovable performance that hit home. For those who haven't watch the show and want to avoid 'FOMO', JK is Manoj Bajpayee's character Srikant Tiwari's friend, co-employee and confidant. They work together at Threat Analysis and Surveillance Cell (TASC), a part of the National Investigation Agency (NIA) of India. 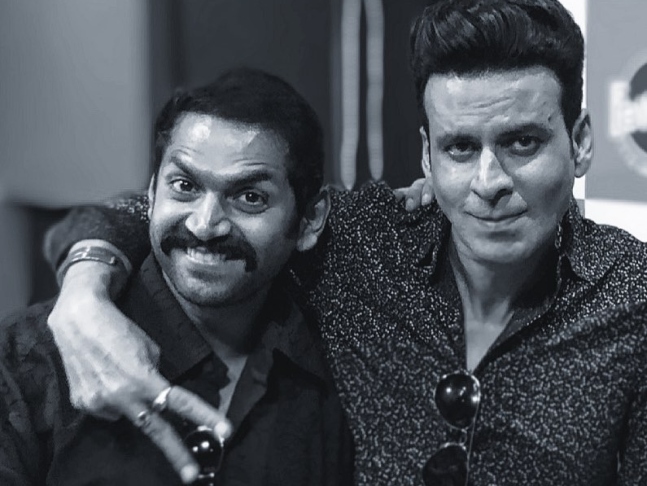 It won't be wrong to say that Sharib completely transformed and breathed life into a well-written and beautifully sketched out character that has a graph of its own. His sincerity is reflected on screen and that's why people are resonating with JK and are making hilarious memes on him. As The Family Man 2 continues to garner rave reviews, PeepingMoon.com got in touch with Sharib for an interview.

During the conversation with PeepingMoon, Sharib said that the response he is getting for The Family Man 2 has surpassed his expectations. Talking about a possible spin-off series on JK, Sharib told if it happens, it will be like a dream come true. The actor, who is married and has children, added that he would like to explore JK's love story in the forthcoming seasons of the spy-thriller. During the interview, Sharib shared his opinion on the controversy around The Family Man 2 and criticism for Samantha Akkineni's brownface as rebel Raji. Were you expecting such a response for your character JK and The Family Man 2?

I won’t lie but I had huge expectations from The Family Man 2. The response that I have received has surpassed my expectations. I didn’t imagine that log itna pasand karenge.

Compliments like JK is the Watson to Manoj Bajpayee's Sherlock are coming in.....

That’s a huge compliment. It's overwhelming to hear people say this. 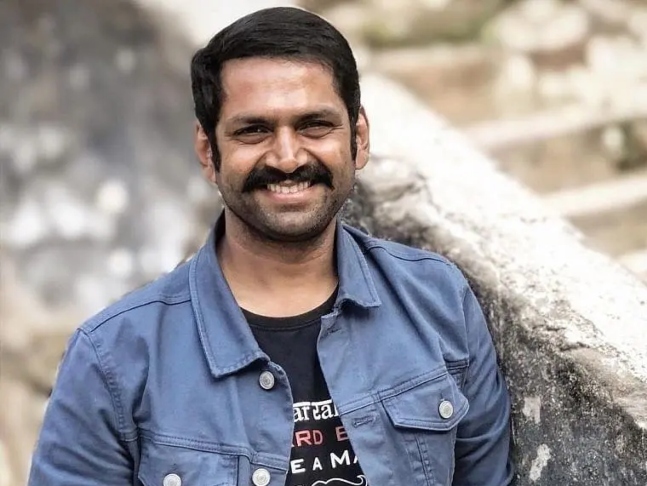 JK is a superhit with the audience. They want a spin-off series on your character....

I’ll be ready for anything that is made on JK. It will be a dream come true.

If not JK, which character from The Family Man franchise would you like to play? 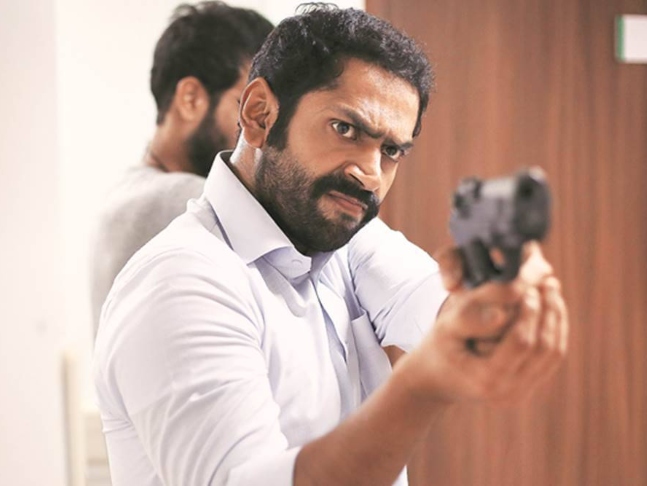 Your character JK has inspired many artworks, memes. Have you seen them?

Yes, I have. It is so humbling to see people take out time, put in efforts to make them. It shows how much they love the character. I don’t have words to describe the feeling.

From Slumdog Millionaire to Filmistaan, Asur, and The Family Man franchise, how do you choose your scripts?

If I am offered a project, I first read the script as an audience and see if it is engaging me enough. If it does, I see how my character is contributing to the entire story. I see if it is giving me scope to perform. Also, a good director is a must as s(he) can make or break the project. The producer is also important as s(he) will make your project reach the audience. Of course, paisa bhi udhar se hi aane wala hai (laughs). That’s how I choose my roles.

Talking about The Family Man, I auditioned for the role of JK. The show chose me, I didn't. I’m glad that Raj & DK considered me and saw JK, a beautifully written character, in me. 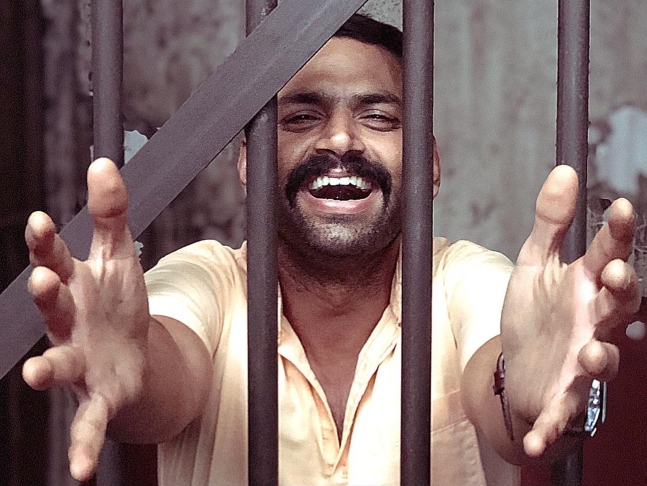 Do you think The Family Man has the potential to become a film franchise, like the Harry Potter series?

Anything can happen. I would love to watch it as a film.

There was nothing challenging as such. For me, the only challenge was that people liked JK in The Family Man 1. I was sceptical about the response and love JK would get in the second season. Otherwise, there was nothing challenging during the shoot or while performing any scene. We had set the foundation right in the first season and it was carried forward in the second. We didn’t shoot The Family Man 2 under any pressure. We worked with utmost sincerity and that’s what shows on screen also. 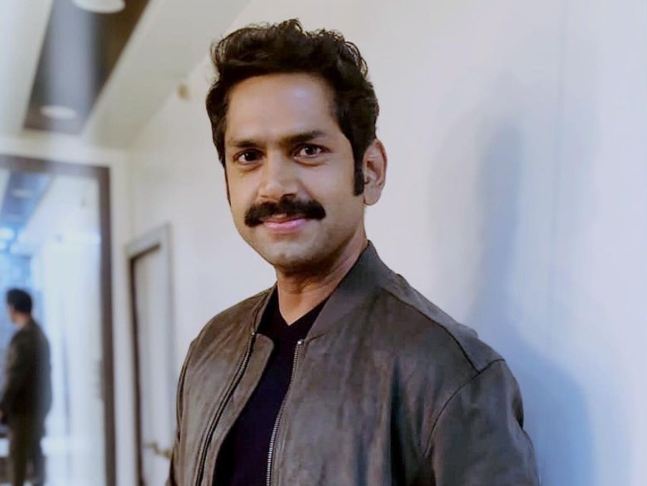 Sacred Games was nominated for International Emmys 2019. Are you hopeful that The Family Man 2 will also represent India on the global platform?

I hope it really does. I would love to see The Family Man 2 represent India on the global platform. It definitely has the potential to make it to the International Emmys.

Before The Family Man 2 released, people jumped to the conclusion that it is against Tamilians. What do you have to say about the whole controversy?

I’ll only say this much that watch the show and then decide for yourself. People watched the trailer and raised objections. But now, we have only received love from the audience across the globe. I received messages and compliments from Chennai. So, after watching the show, people have calmed down.

Samantha Akkineni’s brownface became a big issue on social media. What do you have to say about the debate around her character's skin colour?

Mujhe yeh thoda ajeeb lagta hai. The directors and makers have the authority to choose their actors and they can also decide the look of their characters. What is so wrong with this? In Bala, Ayushmann Khurrana's character was bald and the makers gave him a wig. They didn't question them for not casting a bald actor for the role. Then why are people criticising the directors for giving Samantha a dark brown face? In this way, Vishal Bharadwaj shouldn't have cast Saif Ali Khan in Omkara. He comes from a royal family. It is hard to imagine him as Langda Tyagi. That's the beauty of casting. Will The Family Man 3 delve deeper into JK’s backstory and his love story too?

I don’t know, I wish they explore that. I would love to do that.

When is The Family Man 3 coming? 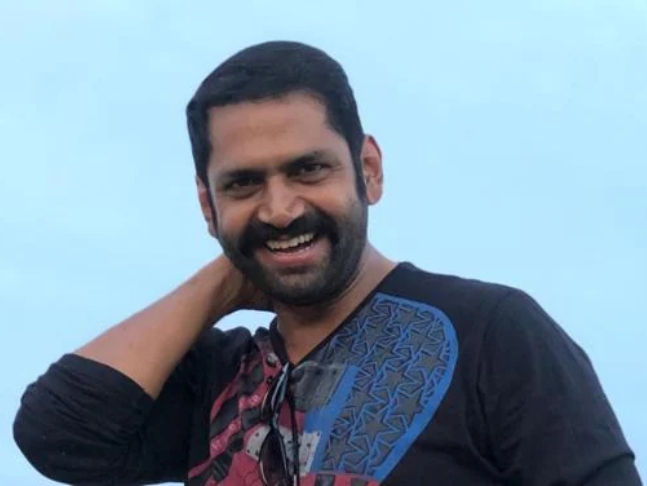 What's in the pipeline for you now?

I finished Kangana Ranaut’s Dhaakad recently. I'll be seen with Sidharth Malhotra and Rashmika Mandanna in Mission Majnu. After that, I have signed a series on Hotstar which is being directed by Tigmanshu Dhulia. There is a Netflix film too. I am really excited about my forthcoming projects and I have very interesting roles in all of them.