Sanjay Kapoor and Maheep Kapoor's daughter Shanaya Kapoor shares a close bond with Ananya Panday and Shah Rukh Khan-Gauri Khan's daughter Suhana Khan. The three have been close friends since childhood and dreamt of entering Bollywood as actresses. Ananya, daughter of Chunky Panday and Bhavana Pandey, was the first one to make her acting debut with Student Of The Year 2 in 2019.

Now, even Shanaya will be venturing into Bollywood with a film produced by Karan Johar's Dharma Productions. Suhana is currently studying and is yet to announce her first mainstream film. Fans of Shanaya, Ananya and Suhana are desperately waiting for them to work together in a film. Reacting to the same, Shanaya's mother Maheep Kapoor told PeepingMoon that even she would love to see the trio create magic on the big screen. 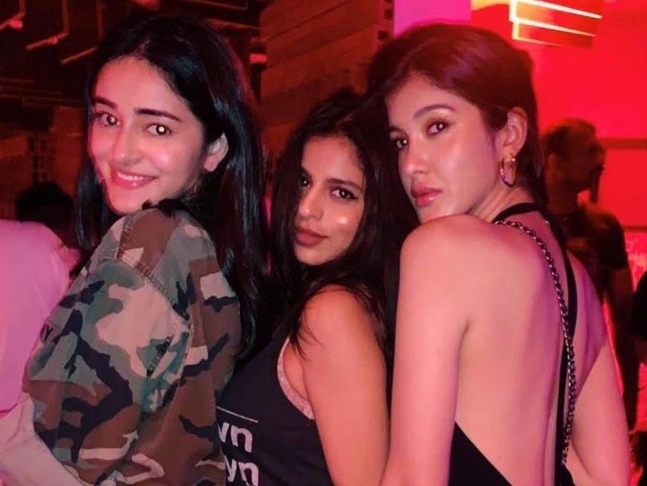 In an interview for Mother's Day special segment, Maheep said, "Ananya, Suhana and Shanaya are friends ever since Bhavana (Pandey), Gauri (Khan) and I gave birth to them. They are just glued to each other. It would be amazing to see the three of them on-screen. You never know. I just love them. They have each other's back and the beauty of their relationship is they have grown up in the industry and understand a lot. Now, Shanaya is talking to Ananya for all the tips and pointers. Suhana is amazing at makeup, they exchange ideas."

In Bollywood, it is a rare sight to see actresses sharing such a great bond. Maheep said, "The girls are too tight. They are each other's cheerleaders, constantly boosting each other up. It is an amazing relationship."

Ananya is currently shooting for Shakun Batra's next with Deepika Padukone and Siddhant Chaturvedi. She will be sharing the screen space with Vijay Deverakonda in the multilingual film Liger.  Shanaya worked as an Assistant Director for Janhvi Kapoor's Gunjan Saxena: The Kargil Girl. Suhana is pretty active in college as she participates in various plays.