Sanjay Kapoor and Maheep Kapoor's daughter Shanaya Kapoor is an aspiring actress who will be making her acting debut in a film produced by Karan Johar's Dharma Productions. Shanaya, before stepping into Bollywood as an actress, worked as an Assistant Director for her cousin Janhvi Kapoor's Netflix film Gunjan Saxena: The Kargil Girl. The new Kapoor kid on the block made her debut announcement on March 22, 2021.

Talking to PeepingMoon ahead of Mother's Day, proud mom Maheep opened up about her daughter's acting decision. In the past, Maheep said that Sanjay is very protective about Shanaya and gets emotional very soon when it comes to her. Ask Maheep whether Sanjay will be comfortable with Shanaya going bold on-screen, the entrepreneur said that though he will be shocked, he won't interfere in his daughter's career. 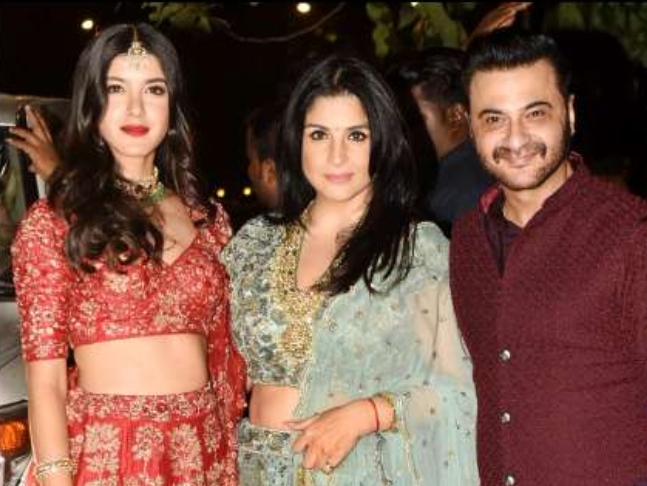 "Inside, Sanjay will be like, “Oh no, what am I watching?” but when it comes to her work, he’ll keep quiet," Maheep said.

In the interview, Maheep recalled the day Shanaya went to Karan's office. The producer gave the doting parents a call to inform them that he has offered Shanaya the film. Maheep said Sanjay, who was lying on the bed, jumped out of excitement. The moment Shanaya was home, he had tears in his eyes and was super excited.