Guess what's Hansal Mehta doing after the banging success of his SonyLIV web series, Scam 1992: The Harshad Mehta Story? While the filmmaker recently announced the sequel to his Scam series — this time around based on the 2003 Stamp Paper Scam by Abdul Karim Telgi — this is not the project he is directing next. Peepingmoon.com has exclusively learnt that Mehta is currently working on a small-scale film with relatively new faces for his friend Anubhav Sinha's production banner Benaras Media Works.

The yet-untitled project is said to be a commercial thriller and will star Paresh Rawal's son Aditya Rawal in the lead. Aditya who made his full-fledged acting debut with ZEE5's Bamfaad last year is said to be playing a grey character in this intriguing drama that mostly stars fresh young actors besides him. Although the makers haven't confirmed the development, we heard the film is based on a true bomb blast, the details of which are strictly kept under wraps to maintain the novelty factor. 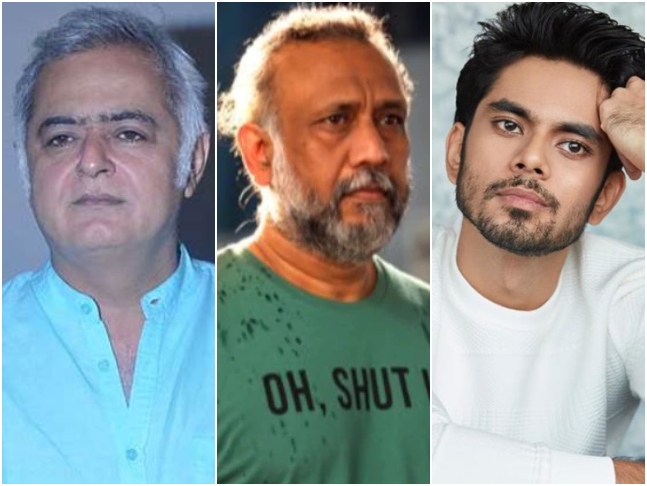 Recommended Read: PeepingMoon Exclusive: After Jatin-Lalit split, I was back to square one, Munni Badnaam Hui was my career's turning point- Music composer Lalit Pandit

The film marks Hansal Mehta's first collaboration with Anubhav Sinha even though they've been friends for over three decades. The two award-winning filmmakers were first supposed to join hands for an anthology film based on life during the coronavirus pandemic, however, there hasn't been any development on that front ever since its announcement last year. Their thriller, meanwhile, has already gone on floors and is expected to be wrapped up by this month-end or early May.

Hansal Mehta will apparently follow up this Anubhav Sinha production with yet another quickie (more on this soon) before diving his full attention to Scam 2003. The second installment of the Applause Entertainment show is adapted from journalist Sanjay Singh's Hindi book, Reporter Ki Diary, and captures the life of Abdul Karim Telgi, born in Karnataka, and his journey to becoming the mastermind behind one of India's most ingenious scams spread across multiple states which shook the entire country.