Advertisement
HomeBOLLYWOODEXCLUSIVEExclusive: ‘I don’t get jitters thinking I have to live up to my father’s name,’ says singer-composer Raahul Jatin about superseding dad Jatin Pandit

Exclusive: ‘I don’t get jitters thinking I have to live up to my father’s name,’ says singer-composer Raahul Jatin about superseding dad Jatin Pandit

Raahul Jatin, the son of acclaimed music director Jatin Pandit of Jatin-Lalit fame is also a singer, composer and live performer in his own right. Having made his singing debut with the single Aankhon Ke Ishaare, Raahul proved his mettle when the song crossed 3M+ views.

Now, the father-son duo have collaborated in a heartwrenching number Prabhu Hum Ko Shama Kar that appeals to entire humanity to be more compassionate towards the less fortunate. The song poignantly captures the coronavirus pandemic crisis. It is penned and composed by Jatin Pandit while the music was produced by Raahul. Both the father and son have sung song. Now, in an exclusive interview with PeepingMoon.com, Raahul spoke about working with his father on another track titled Yaaden Aane Lagi, learning the most important life lesson from him and other things under the sun. 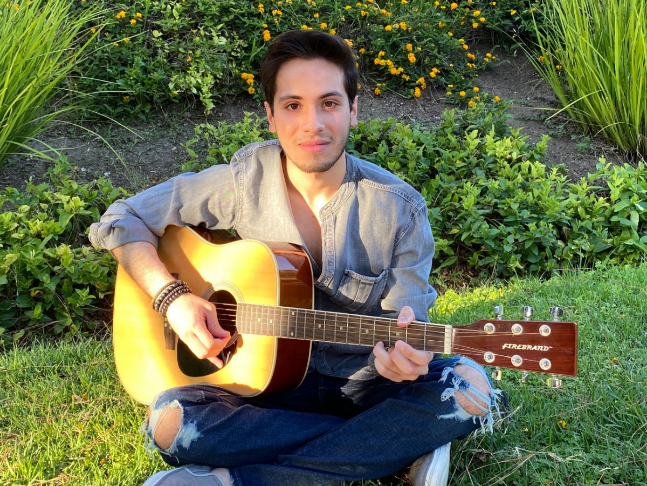 What is the most important thing that you have learnt from your dad as far as music is concerned which you think will stay with you forever?

I think the most important thing that I have learnt from Dad, rather from observing him is that he's extremely hardworking and he's very dedicated and he will keep working until he gets what exactly he has in his mind. The amount of hard work and effort he puts in a simple scratch is extremely credible. He will want you to do it exactly as he says like take a long note or breathe while singing, the small techniques and this is not just me it's with every artist and the department he works with, this is not something he has taught me these are small things which I have observed.

You have worked on three songs which have released an different and all of them are in different genres- Aankhon Ke Ishaare, Prabhu Humko Shama Kar and Yaadein Aane Lagi- which one was most challenging and why ?

If you try to do something good you always have to work hard towards it. And I try to do my best in every song so all of them who worked for these songs have been putting the same amount of hard work when it comes to composing a song or doing the music production. Some of the toughest part of the songs was shooting it, for me like Aankhon Ke Ishaare shooting was in a very hot weather and I was wearing a sweater and I had a lot of makeup on and hair spray stuff, I was sweating so much.  In comparison, shooting for Yaadein Aane Lagi was way more comfortable, because the weather was wonderful, also we had fewer people on sets, everyone aware of their responsibilities and hence the final product is so wonderful.  So I would say Aankhon Ke Ishaare was a little difficult not in terms of making the song but for shooting it visually. 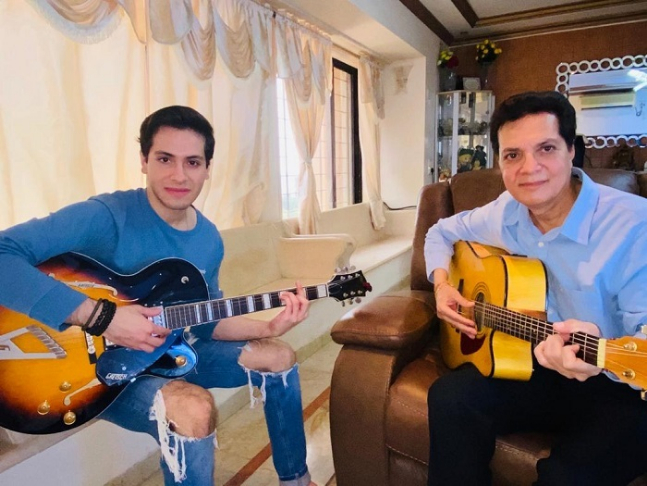 Your Dad is a pioneer in his field and very famous- do you get jitters if you will live up to his standards and achieve what he has achieved since you have chosen the same profession?

I really don't think about these things too much. I think you just have to focus on doing your best and be the best possible artist that you can be and  In this career, things are not in your control always...for instance when the song is released sometimes somebody may just put your song up somewhere and it may go viral. For example, the guy got famous on Tik Tok as people would start using that song to do outfits and change outfits and stuff like that. So I think you just should focus on doing your best and leave the rest for the audience. I don't really think about other things too much because it really doesn't do anything and hence I don’t get jitters because I always aim and plan to put in my 100 percent efforts! 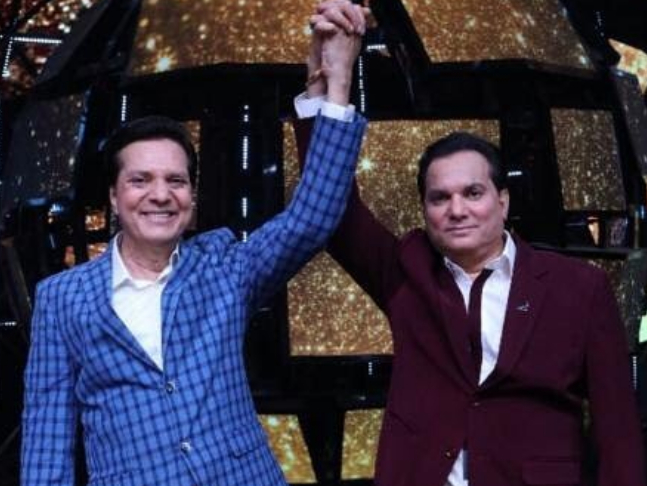 Jatin Pandit's prime as we remember is Jatin-Lalit the duo, do you miss having a counterpart, a similar sounding board ?

I honestly have never had someone that I have worked with as a partner. So I don't know what it is like but I guess if I do have someone it would probably help me out. So I don't miss having someone because I have never experienced having someone who works with me 24/7 or something like that. But if I do find someone cool who has a similar vision, I'd be down to working with and I'm not opposed to it. But i don’t really miss it since i have been managing things on my own only.

Do you agree or disagree that nepotism exists in the film industry?

I think Nepotism is everywhere. If a man is a successful businessman and if he is in a position to help someone become successful he will obviously prioritize his own children than his employees. In the film industry it is spoken about way too much as it's a glamorous world and all information is pretty much out there in the public. I feel at the end you should possess some good talent and creativity in you so that people will love and acknowledge your work and this is how you can sustain in whichever field you want to. There are plenty of examples of people who got a break but couldn't sustain because ultimately the audience is your judge. So I would want to say that just because you are related to someone from the industry doesn't mean everyone is going to give you work , there is Nepotism but it is very selective. In my case my father doesn't socialize much so my work out there is pretty much organic, I learn things on my own I surf and get the knowledge, it does upset me sometimes when people label it as Nepotism but I’m learning not to make a big deal out of it. Indies and music video saw its prime in the 90s, the songs, the videos from that decade still stay with us, but today the scene is very different. Despite multiple platforms, the recall and registration is low, how do you see yourself standing out in the clutter?

I think regardless of what time you are in, doing good work will always help you stand out and that is my goal pretty much. I try do the best possible work I can, be it composing or singing... so that is the most important thing whether you are making a cover or original song, always make something that people will like and get attracted to.

Is it composing or singing- what is your endgame?

I would love to sing for Bollywood movies, as a playback singer.  But I think composing and singing both go hand in hand now, the whole independent artist scene is booming so one must definitely have grip over both  and I enjoy them both a lot. When I compose a very good song and sing that well I feel very happy about it. I love when a song as a whole is made with hard work and passion combined.