Filmmaker duo Raj Nidimoru and Krishna DK, popularly known as Raj & DK, are currently busy with the post-production of the second season of Manoj Bajpayee-fronted The Family Man. While the spy thriller series is expected to premiere in December, the filmmakers are simultaneously also working on two other Amazon Prime shows as showrunners. The first to go on floors will be a period comedy-drama that Tumbbad fame Rahi Anil Barve is directing, as we exclusively revealed way back in January this year.

As a new development, Peepingmoon.com has now learned that Kunal Kemmu and Pankaj Tripathi have been finalized to play the leads in the show, titled Ashwalinga. A satirical comedy set in a utopian world, the series will also star Abhishek Banerjee in a pivotal role. It's believed to be an ensemble with some more well-known actors on board, however, their names have been kept under wraps to maintain curiosity. Kunal, Pankaj, and Abhishek will apparently play the characters that are uniquely diverse from all the roles they've portrayed so far. 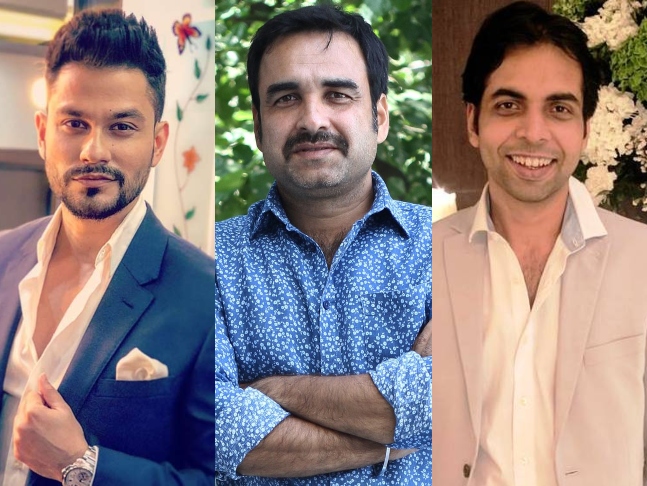 Ashwalinga is said to be a crazy comedy set in the times of Kama Sutra. With roots in folklore and mythology, the show will again be a visual spectacle and explore a never-attempted-genre in India, just like Barve's first film, Tumbbad that was more of a blend of horror and mythology. Written by Barve along with his Tumbbad co-writer Mitesh Shah, the show was earlier planned to go on floors in April but was indefinitely delayed post-pandemic-triggered lockdown. The makers, we heard, are now planning to start filming by the year-end.

Promised to be a wacky, hilarious show, Ashwalinga is Raj & DK's second web production after the critically-acclaimed The Family Man. They're also creating the Indian version of Joe and Anthony Russo's in-the-works global thriller series, Citadel for Amazon Prime, and will start working on it immediately after their spy thriller's sophomore season. Raj & DK are also believed to be in talks with Shah Rukh Khan for an action-comedy but that will probably take off only in 2022 after the superstar completes Yash Raj Films' Pathan and Rajkumar Hirani's yet-untitled social-drama.