Advertisement
HomeBOLLYWOODEXCLUSIVEExclusive: I always advice Ananya to never imitate anyone's success story but to create your own: Chunky Panday

You can love him for his comic characters and hate him for being the menacing villain, but you can’t ignore Chunky Panday’s vibrant personality. With over 80 films in a career that has spanned over three decades, Chunky has seen the good as well as the dark side of the showbiz.

While we have previously witnessed Chunky 2.0 in films like Begum Jaan and Saaho, thanks to his villainous avatar, he believes that his character in the upcoming web show Abhay 2 is a ‘3D version’ of all. Putting on the mask of a grey character who is nothing less than a chameleon, the 57-year-old, in an exclusive interview with PeepingMoon.com revealed that he designed the evil-mind taking one of his school teachers into consideration.

In the tête-à-tête with PeepingMoon.com, Chunky opened up on his career graph and told us about his advice to daughter Ananya Panday, who is one of the promising young actresses in Bollywood with two successful films released in the span of one year while her third film is reportedly ready for a digital opening. Dismissing rumours of being cast with her in Fighters (co-starring Vijay Deverakonda), Chunky said he would love to do a film with Ananya soon.

I loved Abhay season 1. I freaked out while watching it and always wanted to do a show in the same space. When Abhay 2 came along, it was like sone pe suhaga. This is the role I could only dream of.

After giving Bollywood some great comic characters, you are the next favourite villain. Is this the arrival of Chunky Panday 2.0?

Chunky Panday 2.0 started with Vidya Balan-led Begum Jaan and then I did Saaho with Prabhas. Abhay 2 is a 3D version of all those characters I have done. It is a very complex character. He is a different personality during the day and transforms at night. You will love him and also hate in one breath. How different is your character from other Bollywood villains?

He is like the sweet uncle who will bargain with the vegetable guy, children will tease, etc. You will actually feel sorry for him as he looks helpless. But if you are one on one with him, God help you.

Have you been down the dark hole for the character?

Actually, no. I had a teacher in school who was very similar to this character. He was sweet and kind, but short-tempered. I’m sure he had an ugly side when he went home which we never saw. He always stayed in my mind. When Abhay 2 came to me, I tried to design the look around that man. 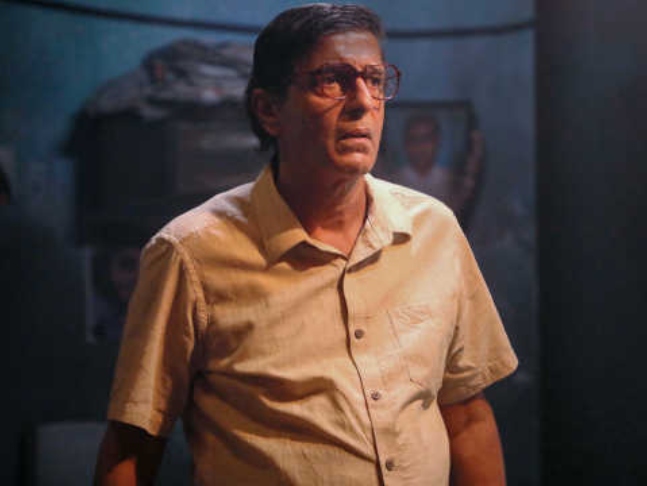 Are you satisfied with the kind of roles you’ve been getting?

I have been lucky ever since I came back from Bangladesh. I concentrated on doing great characters. I thank the audience for accepting them. This shade of negativity shown in Abhay 2 was something I always wanted to do. It was in me but nobody had the guts to cast me because of my less-serious image. I’ve been a fan of actors like Shakti Kapoor, Anupam Kher and Kader Khan. They have been great villains as well as comedians. I know haven’t even reached 1% of them but I want to get there.

Any particular genre that is on your to-do list? Do you feel handling your career in better ways previously would have placed you in a different league of actors?

The film industry is all about hits and misses. There is a time for a film to release and do well. When a good film releases and flops, the public doesn’t want to see it. You get work because you are either their first option or last resort as everyone says no to the film. It is almost like DNA matching. Everyone in Bollywood has a different chart with ups and downs. Even superstars. I’ve always told my daughter (Ananya Panday) to never imitate anyone’s success story. Create your own.

If I had to go through my life again, I would still make the same mistakes and do the same good things again. I don’t want it to be different. I am happy. I know whatever path I chose is going to have ups and downs. It can’t be one way.

Is it fair to classify an actor as good or bad just on the basis of a film’s box-office fate?

We are only actors because we work in films and are famous because of it. We are not bigger than our films. You’ll know the Chunky Panday for my body of work and not personally. The film is the mai-baap. Nothing succeeds more than success. You were an outsider when you started acting. How kind was the industry to you?

The moment you sign a film, you become an insider.

Any plans to do a film with daughter Ananya Panday?

There are rumours flying around. So far, I haven’t been approached for any film with her. If given a chance, I would love to act opposite her. I think she will be better than me. She would be a better version of me. It will be ‘main toh tera baap hu par acting mein tu meri baap hai’. We both are fiercely competitive and will work to outdo each other.

PeepingMoon Exclusive: Mrunal Thakur opts out of Bahubali: Before the