The time he’s taking to return to the screen after his disastrous space adventure Zero in December 2018 is testing Shah Rukh Khan’s fans’ patience. But there is delicious news that the Bollywood Badshah is ready to come back in Zee Studios’ Mr. India 2.0 that will be directed by Ali Abbas Zafar.

Bringing an added zing to this exciting news is the rumour that Ranveer Singh will also be seen in this film. While SRK will reportedly be playing the villainous role of Mogambo that was made legendary by the late and great Amrish Puri, Ranveer is said to be playing Anil Kapoor’s role of Arun Verma aka Mr. India. 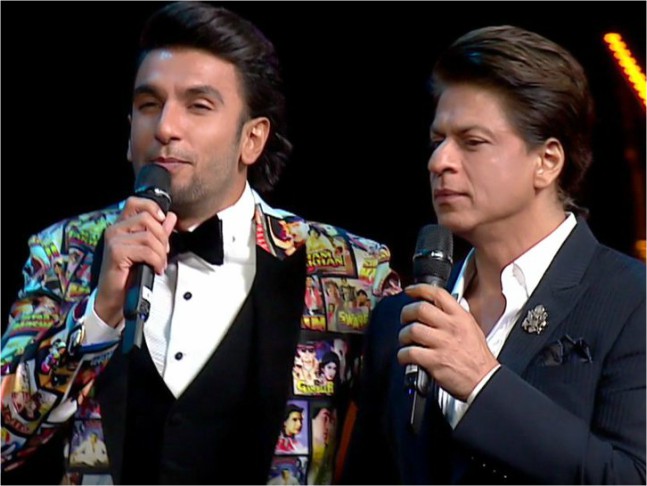 While Zee Studios has confirmed a sequel to the cult film produced by Boney Kapoor and directed by Shekhar Kapur in 1987, it has added, “This is not a Part 2 or a remake of the older film, but a re-imagining of the iconic classic.” However, some media reports said that SRK had turned down Ali’s offer to play the iconic antagonist in the film.

But according to PeepingMoon.com sources, Ali has already shot a pitch promo of the film. Both SRK and Ranveer came face to face in a suburban studio wearing creatively designed outfits for their characters. While Mogambo’s costume was rich in texture, and all black and gold, Arun (Mr. India) was dressed as a common man. But he retained the hat and blazer that became a style statement on Anil in Mr. India. The promo is believed to have high octane dialogues and loads of VFX by Red Chillies.

Ali is supposed to have been quietly working on Mr. India 2.0 for a while and is aiming at giving a fresh spin and a contemporary set up to the existing concept of the film that originally starred Sridevi besides Anil and Amrish. If all goes well, and SRK and Ranveer come on board, Zee Studios will look at having a festive 2022 release for this film.